[Edited to reflect that the proposal system is deprecated.]

I like this idea, I have made a Slack bot that sends me updates on role and PRV earned, but a Telegram bot would make more sense since community is already on Telegram.

I assume there is a backend that is polling the validators/incognito APIs so an individual would not have to leave a website open to get the notifications, right?

Correct, when you add the node you add a name and publickey. It grabs your telegram id when you send a message to the bot. When you request (or in future get notified) the status, it returns node names linked to your telegram id.

I’ve updated the original post now that the proposal system is deprecated. I should have no issue launching the MVP by the middle of the month.

I could use 2-5 beta testers to help get MVP ready. Anyone interested?

Sure thing, just let me know… I have 2 vNodes and 1 pNode I can test with

Thank you testers for finding bugs and being awesome! I believe MVP will be available a little bit ahead of schedule, as early as this Friday.

Please check it out when you have a moment. Thank you @doc and @Mike_Wagner for your excellent help so far!

I’m going to keep updating the roadmap in the main post and have set up an FAQ post.

Over the weekend Nito hit 100+ nodes being monitored!

I’m excited to keep adding features and squishing bugs, thanks everyone for your support!

I would very much like to use your awesome TG Bot. Unfortunately, it seems there is no “incognito” mode for it ^^

Is something like a self hosted deployment will be possible in the near future?

Self hosted is something I will look into in the future but there is a lot I want to perfect before heading in that direction. Telegram probably isn’t the platform to support an incognito-Nito. 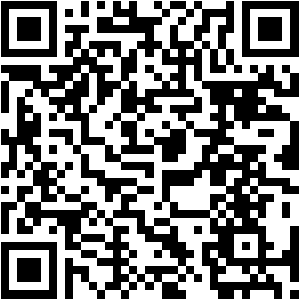 The most important thing to do is to vote, even if you vote some of the other cool tools that have been developed.

Tips feature added. You can directly support future development. Push notification testing is underway and will be delivered on-time.

Push notifications will be a great feature, so I don’t have to do this anymore:

(Use /notify to turn them off or back on.)

I’m going to make a Nito command to ping the node the app is using. Is /ping the right command? Open to suggestions.

This will check the response code of https://lb-fullnode.incognito.org/fullnode, which the incognito app uses to interact with the chain. If it gets a 200, then your app experience should be normal. If it doesn’t get a 200 back, then it checks the mainnet fullnode. If mainnet gets a 200, then the network itself should be fine and Nito should work as expected, even if the app doesn’t. If mainnet doesn’t get a 200 the recommendation is to come to the forum to investigate.

This gives non-tech users and even non-validators an easy way to check if there is a problem and if it’s just with app or something larger.

Let me know your thoughts and future improvements that will help make Incognito more accessible and powerful.

Hi @Razia, yes Nito is a telegram bot at t.me/nito_the_bot