Surveillance is nothing new. Information is power, so as long as there are some who desire power, there will be a threat to your privacy.

As technology advances, mass surveillance becomes increasingly easy, especially for governments and large corporations. Think of the Snowden PRISM leak or the Cambridge Analytica scandal. The US government has even been known to disguise surveillance drones (spying on its own citizens) as sea gulls. 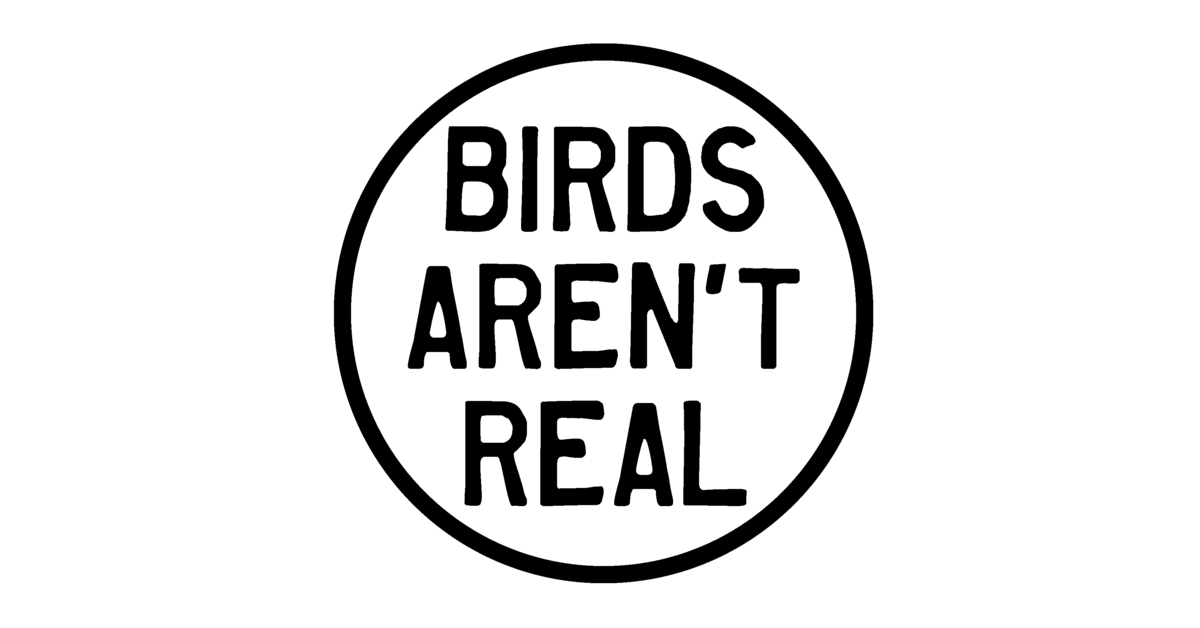 Disclaimer: Birds are real, and so is surveillance.

And the US isn’t alone. Of the 47 countries surveyed by Privacy International including the UK, Singapore, and Australia, mass surveillance was found to have grown year-over-year in every single one.

Call it counter-surveillance, anti-oppression, or a privacy movement. No matter the name, the bottom line is, by using Incognito you’re a part of the fight to preserve the human right to privacy.

Regulators haven’t done much to protect privacy. In the US, the best we’ve got is CA Prop 24 and others like it, which allows you to opt out of data collection individually for every website you visit or online product you use.

We need privacy by default, for all of our online and financial activity. But you know that. You’re already here, so why am I rehashing the importance of privacy?

See, in January, traditional financial systems were turned upside down, and even more eyes turned to crypto.

As for institutional adoption, India proposed to ban crypto so they can create their own digital currency without competition, while Visa plans to add cryptocurrencies to their payment network.

While government bodies don’t agree (even with themselves) on how to regulate crypto, they recognize that ignoring it is no longer an option. People are flocking to crypto at a rate that will only increase as time passes.

And though you already know that using blockchains without privacy leaves you vulnerable to attack, extortion, and worse, most people don’t.

We’re building privacy products together, but you’re the backbone of the privacy movement. No matter what tools we make available, people won’t be safe unless they know they have a way to protect themselves.

So while this letter is about the current and future state of Incognito, I wanted to begin by asking you to do the world a favor:

Share this letter or other Incognito resources, and spread the word that there’s an easy way to fight back against surveillance.

Now, let’s look at what we’ve been up to in January, and what’s coming in the months ahead: 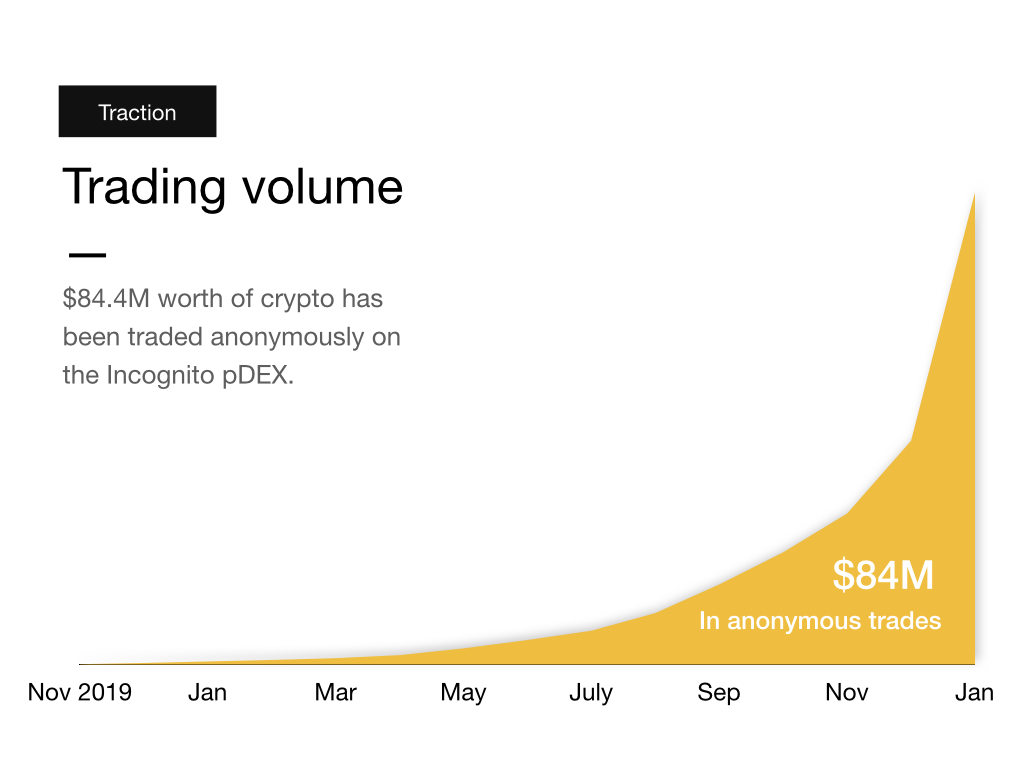 The largest increase we saw in January was trading volume, which more than doubled in a single month. $84.5 million dollars worth of crypto has been traded anonymously in the pDEX.

Daily trading volume is higher than it’s ever been, with recent weeks averaging between $1-2 million a day. People are demonstrating how important the ability to trade anonymously is, and we expect the rate of growth to continue going forward. 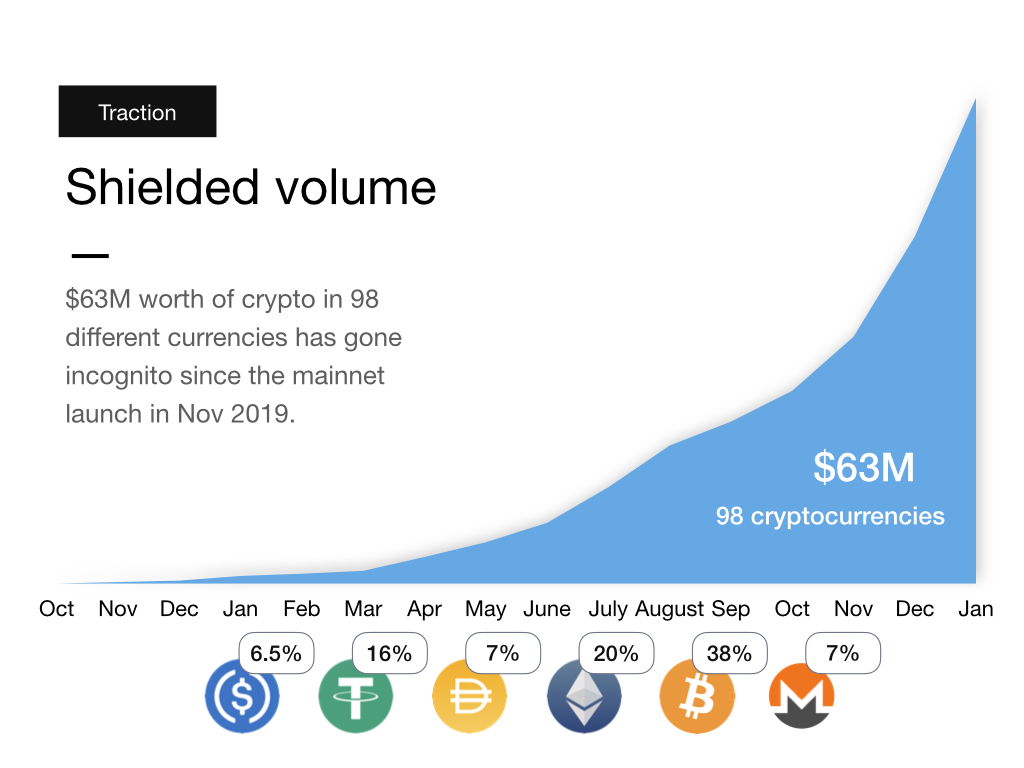 The second-largest growth of January is another all-time high in shield volume. Up $18 million from last month, a total of $63 million worth of crypto has gone Incognito. 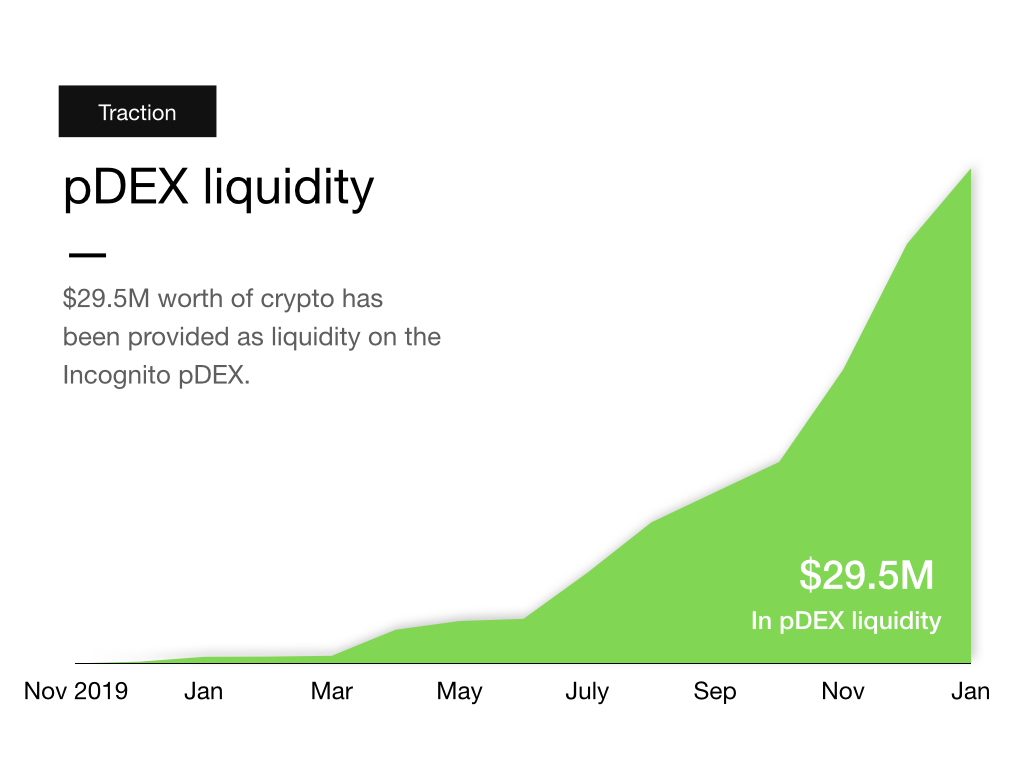 In just the past two months, pDEX liquidity has nearly doubled. Up $4.5 million from last month, pDEX liquidity is $29.5 million. Total liquidity, which takes the privacy Uniswap integration into account, exceeds $3.15 billion.

In February, we plan to increase liquidity even further by introducing incentives for new coins, to be announced soon.

In January, our goal was to get closer to being the most-used privacy network. The plan was to focus on integrating Incognito with other projects, and increase shield and trading volume. As the numbers above show, Incognito had its strongest growth this month, and well exceeded our goals.

One other notable event in January was the end of the Builder Rewards Program. Thank you to all builders who participated! We’re redesigning Builder Rewards v2, please share your feedback with us about it!

Layer one is the blockchain layer. Our development here is about making Incognito the best foundation for privacy products to be built on.

We made progress on Privacy v2 by testing features that have been in development for some time. These include confidential assets and one-time addresses, features that will make Incognito even more private by hiding asset types and using proxy addresses.

We also finished testing on Portal v3, and reimagined Portal by removing custodians/liquidations with Portal v4.

Layer 2 is the privacy ecosystem, the collection of privacy-preserving products you can use in your everyday life. In January, we finished the App v4 proposal, and are ready to launch the Incognito web extension for developers to integrate into their apps.

We also made progress on the Ledger integration, which should be launched after Privacy v2 is complete.

Multiple cryptocurrencies were also bridged this month, including DASH, LTC, and others to be announced soon.

In February, we’re shifting our growth focus to the pDEX. We’re going to make the pDEX the most-used privacy DEX in the world. We’re also going to make Incognito more approachable by creating new resources so that it’s easier to understand.

We want to make the privacy tools available to you even better, and introduce new ones to meet your needs. Long-term, we’re aiming to make sure there isn’t an area of your online life lacking privacy.

Many of these efforts are outlined in the App v5 proposal.

The better the Incognito chain layer, the more people and products the network can handle. Since we’re welcoming the world to privacy by default, we’re strengthening the network at many points. Testing for many of these efforts concluded in January, and the launch processes can begin.

The builder ecosystem is the place where people like you join the effort to build privacy-preserving products on the Incognito blockchain.

Here are the projects currently active:

If I missed your project, leave me a comment below. If you haven’t built it yet, get started! A new Builder Rewards Program is in the works.

Thanks for being a part of the movement to fight against surveillance and protect privacy. That’s all for the updates this letter, but the discussion doesn’t end here.

Join us for the February PRV Holders Call this Friday to talk with us live about the state of the project and the state of privacy. We’ll talk about adding tokens to provide, Builder Rewards v2, Privacy v2, integrations, and more!

Don’t forget RSVP here so we save you a seat.

@abduraman is building InQuery, a site that will house data and helpful queries. At the moment, it highlights arbitrage opportunities.

No need to open the app and to have some cryptos.

If only this was seen as a problem by the team… i wonder who has created ideas to fix? Hmm