I added liquidity to my coin (SCAM) definitely not a scam coin. over $100 and of prv and it says not trade available on the swap. its set at 1 prv to 250,000,000 SCAM. why is it not tradeable? it also says it’s worth something like a few billion dollars. which clearly its not

This is due to it being a custom coin and needs to be correctly added in on the backend. Devs are a little swamped with getting custom user coins added in after the release of pDEX v3, as there has been a flood of demands to add them in.

Hi Henry we have similar issues.
Does you APT also have a 9 Quadrillion percentage rate?
It appears the incognito network was the scam. In fact it’s built upon the ether blockchain and the 4 people who run it, hold all our keys. They’ve stopped all trade routes, drained the liquidity pools, and now for some odd reason blame me.
Someone clever I know said that the scammer always protects the scam.
So pools have been drained & liquidity siphoned off the network.
This has ironically enough caused a poorly written Algo to re-evaluate “minted” coins.
You see, when the incognito scammers siphoned the pools, the pairing Algo on the ETH chain, searching for balance coded itself into the custom pools that I created. I saw this coming a mile away. It’s easy to read the signs. 4 people pretending a large wallet on the ETH chain was a ‘network’
(Yes all our minted coins are actually already ERC20’s they lied and kept the private keys for themselves, solidifying a very simple and poorly coded Custodial wallet)
My name is Val & I created the Paesec, The Drone Algo & the Bikini Robot Army
I also own a large majority of your SCAM not a Scam Tokens, which I found quite clever! Top Marks! Many daisy chAin paired to your token and to mine.
Apparenty I’m a Quadtrillionaire now.
I posted my portfolio on twitter
@bikinirobotarmy
I had your coin there just before the Algo remunerated your coin.
Now it’s well over 1 billion
But incognito can’t afford to pay over 1billion you so they closed all the trading routes and stole your 100 dollars and over a million of my own

Do you know what backend and frontend are? Dapps are just frontend for the networks. For example, Uniswap means both a set of smart contracts and the exchange website. Uniswap devs may put some restrictions on some tokens on the frontend but cannot do this on the backend (i.e. Ethereum network). So you cannot trade some tokens using Uniswap website but if you have some technical knowledge, you can always trade them using smart contracts since the devs cannot remove them.

Similarly, you cannot trade your tokens probably because of either a bug in the “app” (frontend) or a verification system in the “app”. Your tokens are on pDEX. I see them. You may also check them out by sending some RPCs to a full node. Please study blockchain technology more before doing a blockchain project.

The guy is not acting in good faith. Total troll and one look at his Twitter shows what he’s trying to do. 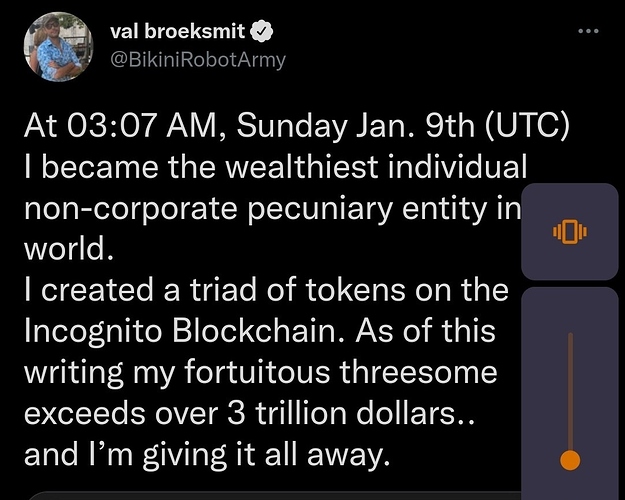 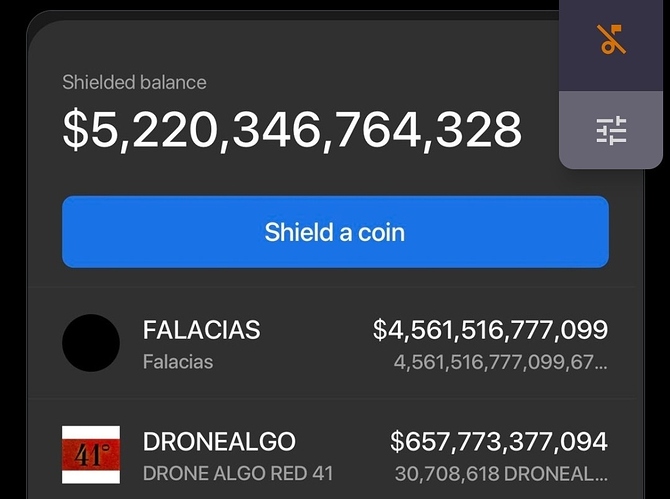 This guy sums it up well… 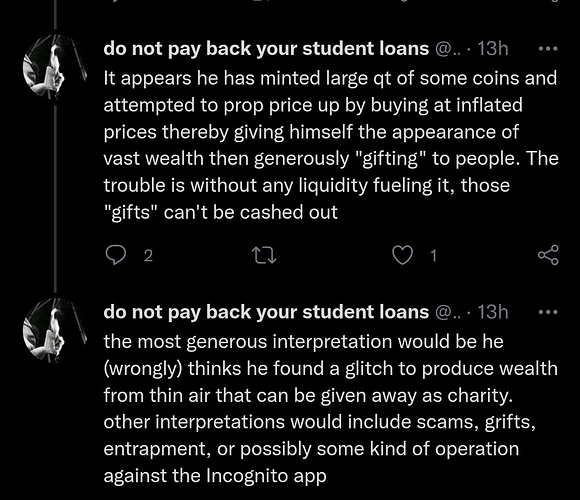 So I’ll just overlook the rude cowardice language & jump right to your RPC solution.
You want to use POST & GET to move coins!? I hear a room full of people snickering… one of them just jumped up and asked if you wanted to borrow her copy of Burpsuite & OWASP ZAP from 2005 as well.

Another asked if you mow your lawn with a pair of scissors.

The rooms getting louder and replying to you bores me. So I’ll leave you to php Credentialing in a timemachine. Say hello to a soon to be boring AGAIN year 2005.