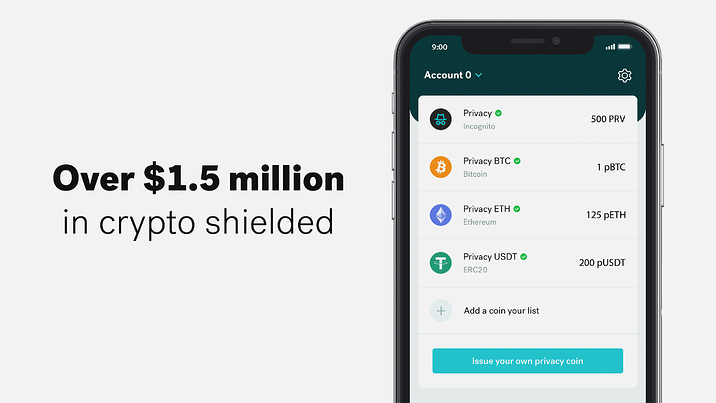 It’s that time again! It’s the weekly update for the first week of April.

First off, we’ve broken a milestone: Users have shielded over $1.54 million worth of crypto using the Incognito Wallet. Way to take back your privacy!

Now, a roundup of the past week at incognito.org:

Don’t forget to invite your friends! The more people participate in the community, the better Incognito becomes.

Have an idea on how to make Incognito better? Create a proposal of your own.

Want to earn rewards? Go to incognito.org to join the discussion and get rewarded.

Thanks for reading, and see ya next week!