Node Pool increases validator numbers by 12% in its first week 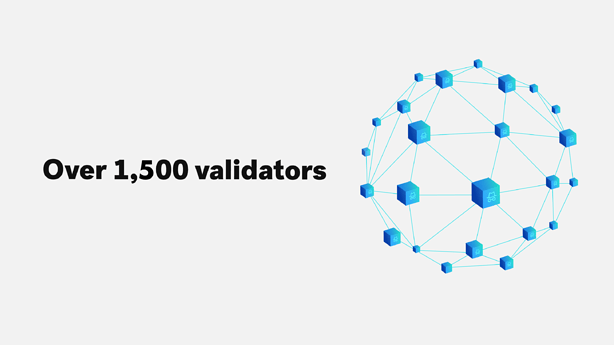 On April 20th, 2020, Incognito launched its Node Pool initiative, a program that makes it easier than ever for users to become validators powering the privacy network.

By simply depositing PRV into a staking pool, users are funding the hosting of Node Virtuals, and reaping a 57% annual percentage yield on their investment. In just a few days, users staked more than 340,000 PRV, enough to add 148 new Node Virtuals to the network, increasing the number of network validators by about 12%.

Validators are the backbone of Incognito. Currently clocking at over 220,000 transactions, the increasing traction that the network is seeing requires a sizable, stable group of validators to ensure it can operate smoothly. For Incognito, the goal is to scale from the current number of validators (which grows daily and now exceeds 1500) to 32,768 in total. As @Annie from the core developer team puts it,

“Incognito differs from most proof-of-stake networks in that it is designed to be comprised of a large group of small validators who control an equal share of the network, rather than a small group of large, powerful validators.”

That equity-by-design is precisely how the Incognito network manages security and functionality that is unlike anything on the market.

For validators and users alike, this is all good news. Increasing the number of validators sets the stage for reaching the development goals found in the 2020 Roadmap. Every added validator serves to make the privacy network ever more secure and efficient.

The high ceiling for the number of validators means there’s plenty of room for any who are thinking of joining the privacy movement. And with 57% annually from the method with the lowest average return, the “pay” is nothing to sneeze at.

Incognito has managed to create a network in which powering privacy is something anyone can do, by offering three ways for users to become validators. The Node Pool is the simplest of these options, requiring just a PRV deposit with no minimum. But for users who are more invested, the plug-and-play Node earns an average of 65 PRV a month, and comes at a price tag of $399. For the tech-savvy, a Node Virtual earns the same as a physical Node, and is free to own (provided users pay for and manage their own VPS hosting).

Incognito’s privacy movement is seeing continued growth across the project. This latest growth spurt in the network’s validator community suggests a healthy balance of purpose and incentive for both would-be and existing validators. With Incognito, validators do the good work of giving users their privacy, and are handsomely rewarded in turn.