On November 22nd, 2020, Incognito achieved three major growth milestones, indicating a fast-growing and healthy network of active users. One of those milestones was pDEX native liquidity surpassing $15 million, after jumping more than 40% in a single month. Another was an increase in total trading volume, breaking the $25 million mark.

Now, just over two months later, two even bigger milestones have been met in those two metrics. pDEX liquidity and total trading volume have both more than doubled. 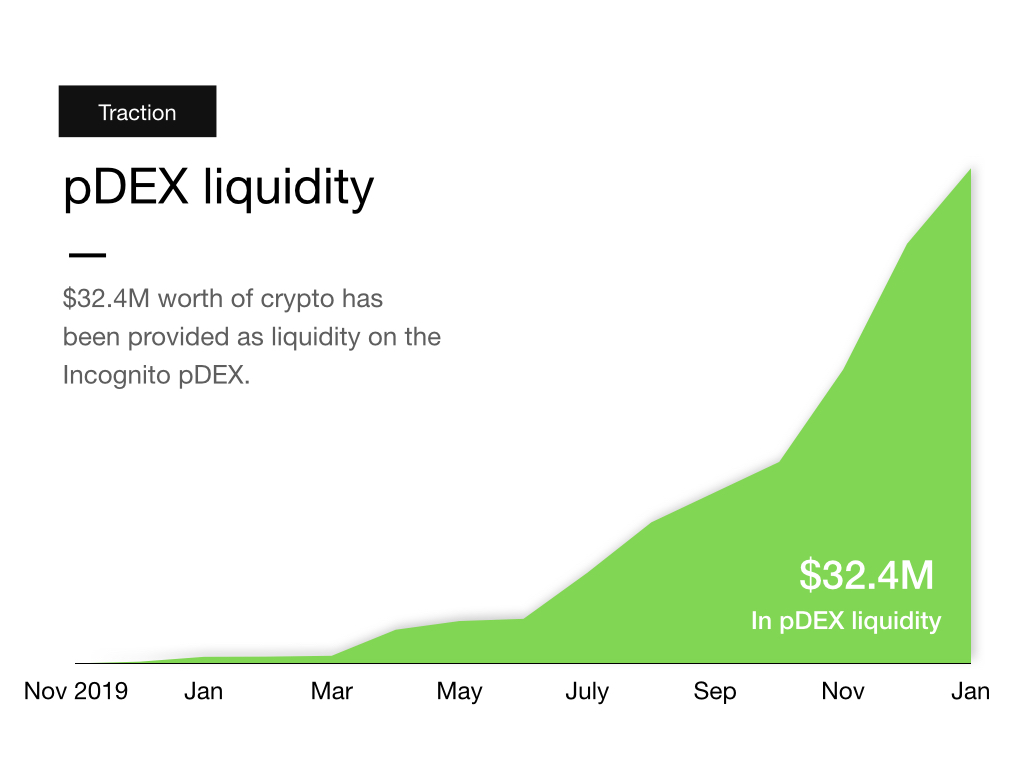 Trading volume, though, is a more direct indicator of the utility of Incognito. It’s necessary to have large liquidity pools, but a high trading volume proves that people want to trade anonymously, and are. 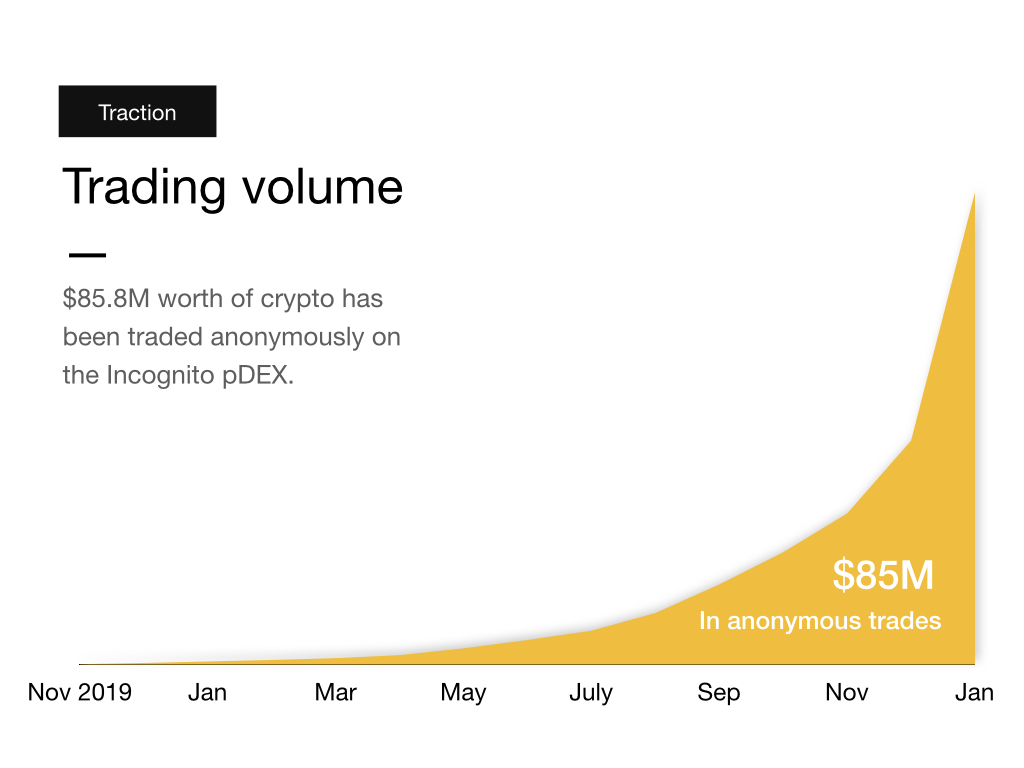 The growth in trading volume is even greater than that of liquidity. In January alone, more crypto was traded anonymously in the pDEX than has been traded in every other month since its launch, combined.

Total trading volume ended in December at a nice round $40 million. In January, nearly $45 million in crypto was traded in the pDEX, bringing the current total to more than $85 million.

This extreme jump was a result of a daily increase in trading volume, to an average of $1.5 million per day. Given that the first few days of February have already exceeded even this rate, it appears that the trend will continue.

As the world continues to adopt crypto, and privacy becomes more important, we can expect the growth to continue far beyond what it is now. Incognito serves as a privacy layer to every crypto network, and aims to soon become the default method of trading and transacting with any cryptocurrency.