Incognito meets major shielding, trading, and liquidity milestones all at once 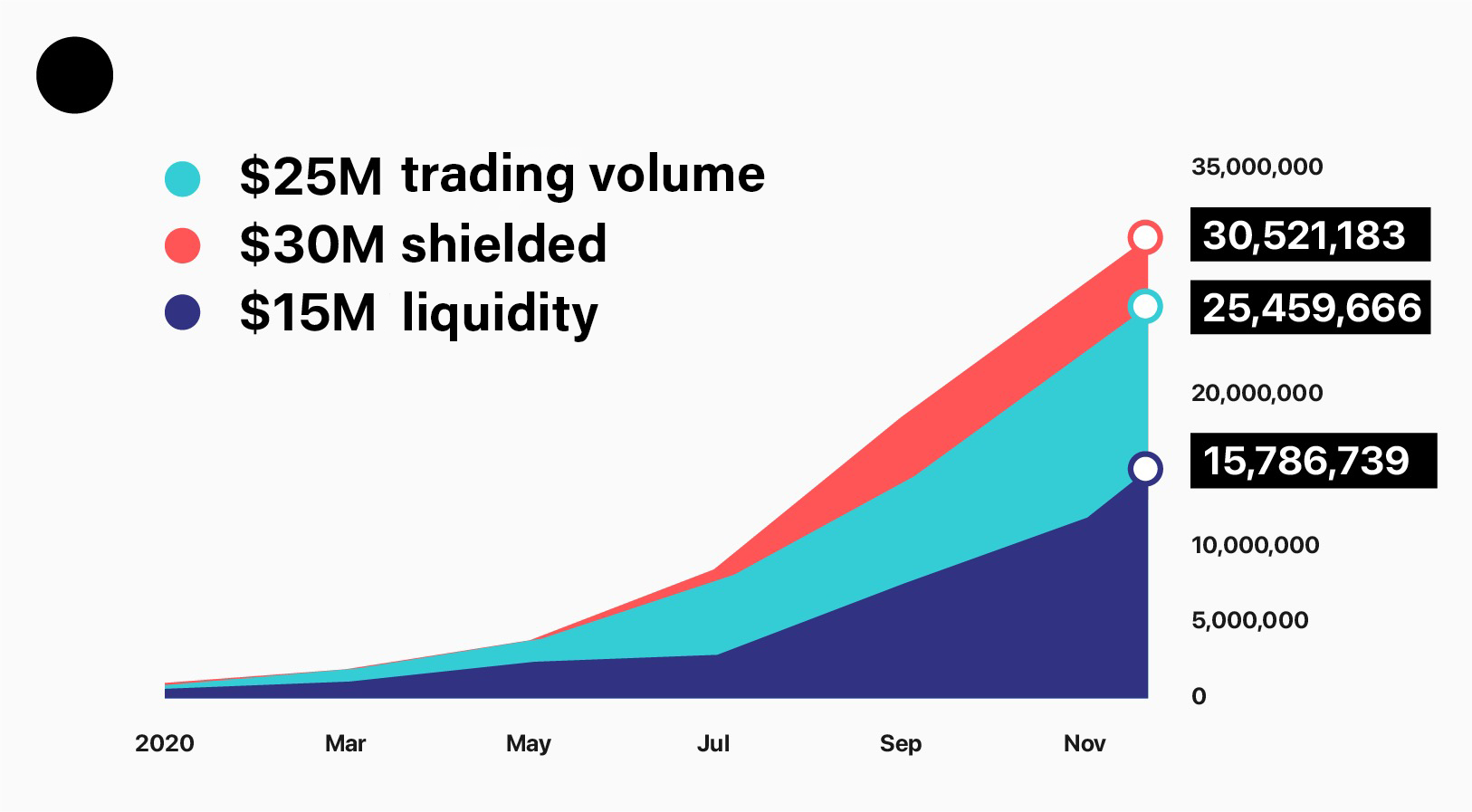 Sunday, November 22nd, 2020 - Since its inception, the Incognito Network has experienced profound growth across the board. Now, just beyond its first anniversary, Incognito has surpassed three major markers of continued growth.

Total shield volume is a measure of the value of all crypto anonymized in the Incognito Network, tracked in USD. At its core, Incognito serves to protect a user’s privacy through shielding. So, while Incognito does many other things, shield volume is a key metric when assessing the health and efficacy of the project.

As of today, total shield volume grew beyond $30 million, with the exact value at the time of writing being $30,521,183. With total shield volume only passing $2 million in mid April 2020, it’s clear that there has been a remarkable increase in the rate of growth.

The total amount of anonymized crypto being held in the Incognito Network currently is also a staggering number, at around $10.5M.

Like shield volume, trading volume is another important factor in assessing the health of the network. The Incognito pDEX is a way for users to anonymously buy and sell more than 90 cryptocurrencies. The higher trading volume rises, the more people have benefited from privacy.

To enable traders to trade anonymously, the pDEX needs liquidity. As liquidity grows, so does the potential to handle larger volumes of trades and traders alike.

These three metrics booming concurrently is a good sign that privacy is not just healthy, but actively flourishing in the Incognito community. From the beginning, growth has followed exponential trends, and shows no signs of changing that now.

What do you think about the growth in the privacy network? How have you utilized the privacy tools Incognito adds to your tool belt? Share your thoughts in reply to this topic, and elsewhere around we.incognito.org.

Really great to see, how our privacy movement grows. Thanks for your summary. Let´s keep pushing, privacy is key for a free and flourishing society.

Congratulations… to the core team, to the community including validators, builders, liquidity providers, to PRV holders, to Incognito… and to Privacy! Onward, and upward!