Why was the growth team let go?

I just learned of this news. What’s going on? Is incognito failing?

@Brakley
This happened a long time ago. From what I’ve seen, the forums has pretty much been dead ever since.

They were allegedly fired by @duy for “Doing too good of a job”. This was right after he came back from his 1 year sabbatical doing god knows what. The community didn’t have a say and only Developers were left. No community leaders.

The Liquidity chart is a clear indication of what the communities, and the Core Team’s Response was like. (April 15-18 was when everybody got fired) 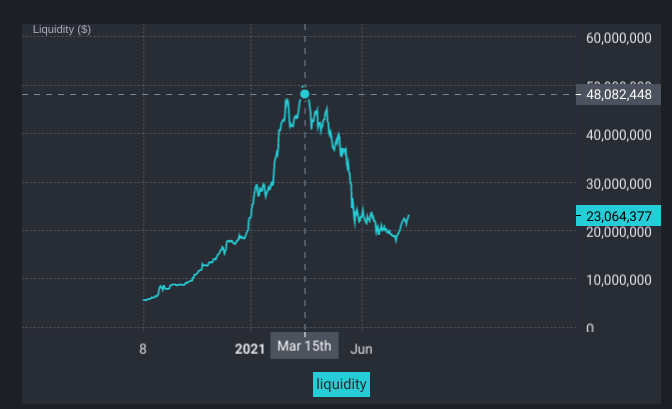 Liquidity chart has nothing to do with growth team leaving, it’s mainly driven by general market volume, volatility and leverage, hence lots of arbitrage opportunities between pDEX<->other DEXs<->CEXs. All of those factors topped around Apr 14 (Coinbase IPO day).

The project is not failing no, on the contrary, look at the recent announcements and improvements to privacy (v2), staking (v2), decentralisation and performance, which have been accelerating since the dev team can focus 100% on dev and not part-time on growth.

@duc and the team are working very hard on delivering the road map for this year, the last big pieces are slashing and pDEX/liquidity v2, which will greatly improve capital efficiency and revenue for LPs, reduce slippage, and decentralize liquidity pools (away from Provide).

Delaying growth plans to focus on improving privacy, stability, performance and decentralization was a hard choice, but it was the right one. Look at Rune, collapsing on its own success because they tried to scale too early. If incognito had 100x the users and integrations, all these changes would have taken 10x the time and effort.

Right on. I know this is probably the most important project out there with cbdc s coming soon. I would hate for it to be sabotaged or defected by authorities.