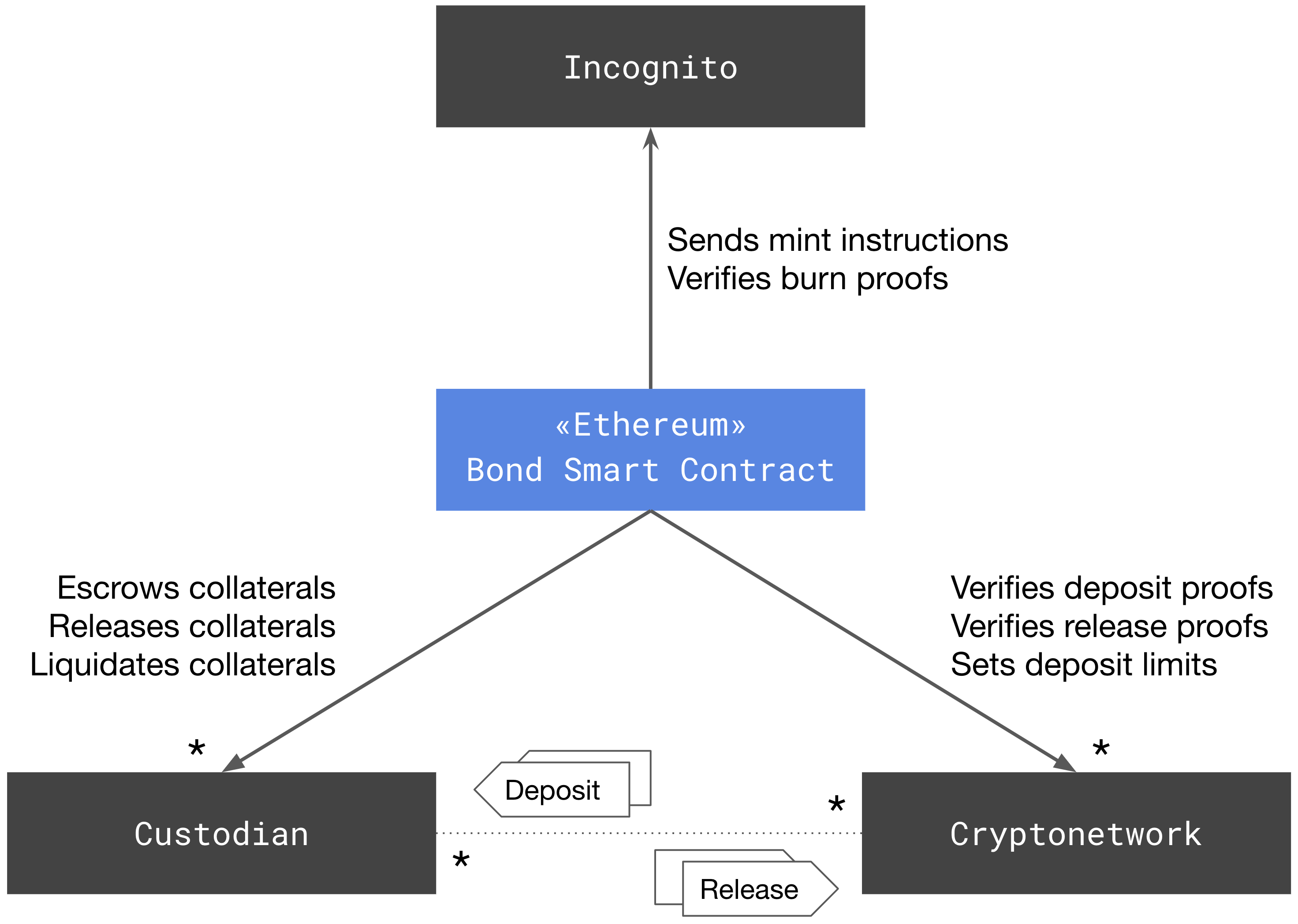 hey @ncn, thanks for your questions. You can find answers to the questions below:

How are users (who deposit cryptocoins) and custodians matched?

Currently, the protocol only accepts PRV (Incognito native token) as collateral, we’ll be working on the next version that will accept ETH as well. And custodians may only take BTC and BNB into their custody.

Is there any reputation system for custodians?

Which oracle that Incognito is currently using for the price of the exchanges?

The oracle price feed is still being run by the core team. As you can see, this is an extremely important component, but to design an oracle in a full decentralized fashion is not that easy. Especially incentivization for honest price feed. We’re still working on the design for this. For now, it’s still controlled by the core team and prices would be reported every 30 seconds.

Very interesting! Where can I see the code for the collateral and liquidation mechanics for the ETH custodians?

thanks @andrey! to understand better, is it a single contract handling the move from eth to incongnito? could an independent party launch their own version of the bridge, to further decentralize it? if so, where can i see documentation about it, i’d be interested.

exactly. i’m loving the project but so far it seems too tied to the founding team (which is fine because it’s a fairly new network). i think allowing community members to participate in important operations like shielding, custodianship, etc would increase both the privacy and robustness of the protocol. i’m currently not very comfortable with the trust level of the ETH bridge for example, the contract seems to have an owner which looks like a regular user-owned account.

<as a user NOT as support team member>
Trust will always be an issue. You put your money in a system that has been created by someone else. People who are able to code something like a bridge or contract themselves will probably do so and feel more secure. People who lack those skills will have to rely on what others create. Do you go with what the Core team created or go with something developed by a capable Community member?

Especially when keys are needed, who do you trust? Do you enter your keys on no matter what website or limit using your keys to Core team tools?

For the average user it is difficult. Hoping for the best is not what people like to do when money is involved.