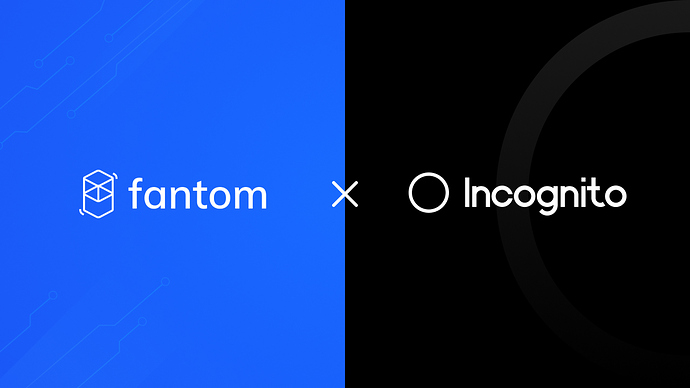 We are so pleased to announce that the Incognito <> Fantom bridge is now live.
As you know, Incognito is the privacy blockchain. Apart from privacy, interoperability is also a key component of Incognito. To date, Incognito bridged to 12 major blockchains (Bitcoin, Ethereum, Binance Smart Chain, Polygon, etc.), and now Fantom.

What problems are the bridge solving?

Like other Incognito bridges, Incognito - Fantom bridge allows users to make cross-chain transactions between Fantom and Incognito networks. The bridge offers the community combined advantages of both Incognito and Fantom:

Fantom is a public blockchain. It means anyone can see your balance, and track your transactions. Thanks to the bridge, users can shield Fantom tokens to Incognito and transfer them privately. The sender, the receiver, the amount, and also the asset type, all stay anonymously in the Incognito network. Therefore, no one can either track your activities or search financial histories.

Shielding tokens to Incognito is similar to stepping into Incognito ecosystem. One of the best Incognito’s applications is the privacy exchange. It’s an AMM decentralized exchange that users can trade anonymously (don’t reveal the identity of traders). Especially, users can swap Fantom tokens to any favorite tokens on other networks (such as Bitcoin, Monero, Ethereum, Polygon, etc.).

After shielding Fantom tokens to Incognito, users can still interact with dApps built on Fantom ecosystem while enjoying anonymity feature from Incognito. E.g. swapping anonymously on SpookySwap which is the leading AMM exchange on Fantom.

4. Shield and unshield faster and cheaper

Fantom is a scalable blockchain with high throughput and low transaction cost. So the bridge also benefits from the development: shielding/unshielding transactions would be faster and cheaper.

The following table shows the comparison of the shielding and unshielding fees between bridges at the writing time:

The Incognito <> Fantom bridge mechanism is quite similar to the Incognito - Ethereum trustless bridge that also applies the locking, minting, and burning mechanisms to maintain the 1:1 ratio between the private token minted on Incognito chain and the original token shielded from Fantom chain. 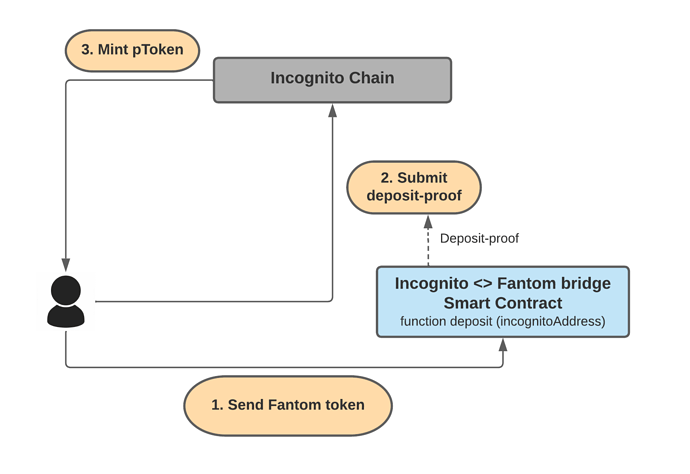 Conversely, to withdraw pToken from Incognito chain to original Fantom chain, the process will be contrary: pToken will be burnt on Incognito chain and the burning proof will then be submitted to the Incognito <> Fantom bridge smart contract. The smart contract will verify the validity of submitted proof and unlock Fantom tokens to user’s receiving address at the amount ratio of 1:1.

The process is shown in the below diagram. 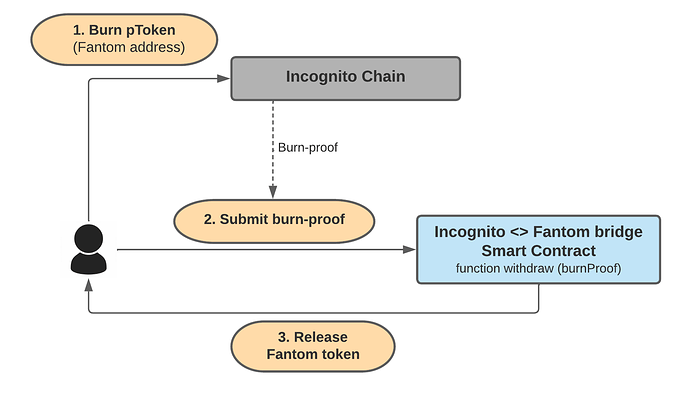 We hope that the Incognito <> Fantom bridge will facilitate the co-operation between two networks, and bringing more utilities to our users. Besides, the team has also been working on making shielding flow more privacy - hiding who are shielding with one-time shielding addresses.

Feel free to share your thought and feedback.
Thank you!