Let’s enjoy the good vibe when new crypto asset is listed on Incognito, which means that: Privacy is promoted deeper in Decentralized Network. Starting today, $FHM is ready in the Incognito Android and iOS apps.

FantOHM and Incognito has built the very first collaboration with USDB, now the relationship extends to FantOHM’s governance token called $FHM. Both communities can now privately send, receive, or store $pFHM (the private version of FHM). 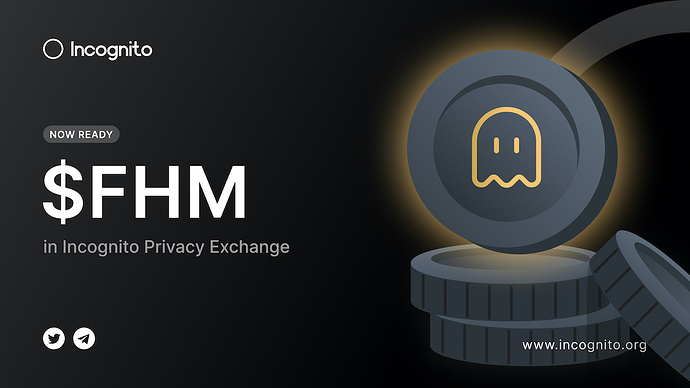 Incognito x FHM_10801080×608 309 KB
FantOHM is one of the first decentralized reserve currency protocol available on the Fantom Network. FantOHM Team is proud to be the main project backing for $USDB. And $FHM, $DAI, etc… are used to keep the beg for $USDB.

For investors who do not yet own $FHM, just simply place a limit order on Incognito Platform or swap a token of choice for it on any exchange supporting FHM like SpookySwap. Then, visit the the liquidity pool section on Incognito App to provide liquidity & earn reward .