Incognito Chain is consuming a lot of storage so far (over 100GB for 4 months). At this rate, the typical physical node device (500GB SSD) would run out of storage in about a year and a half, and virtual node expenses would increase substantially. It is thus essential to reduce the current size of Incognito Chain by by at least 50% (to about 50GB at the time of writing)

The Incognito Chain has grown up extremely fast. After diving into the source code and architecture design, we identified a lot of duplicated and outdated data.

At the moment, Incognito Chain stores all information with simple key-value, an approach taken by blockchains such as Bitcoin and Litecoin. Incognito Chain loads all state data (data after processed block) into RAM and processes a new block. As state data (data after processed block) gets bigger, this process will eventually become impossible to conduct. Incognito is an UTXO-based blockchain, but its privacy features make data much bigger than Bitcoin or Litecoin. A new database design is essential. Here is a summary of problems with the current database design:

We found Ethereum’s approach to database design handy. It allows us to:

This approach has been battle-tested and proven effective over almost 6 years, and will save us a great deal of R&D time at this critical juncture.

Here are a few other solutions we considered and found wanting:

Development has been ongoing for a while (since 15 Nov 2019). Here is what I’ve achieved so far, and my plan going forward:

Blockchain Size would be reduced after Step 6 is completed. Step 7, 8 can run with 6 previous steps at the same time (develop for both version simultaneously)

Our validators have been especially concerned about this recently – both physical node owners and virtual node operators. These proposed actions will improve the validator experience.

If you have an experience in database design for blockchain products, I would love to hear your thoughts.

In schedule, at 7 and 8
Can you estimate more about timeline for them?

we are working on consensus v2 design, i will evaluate the time and update later. Step 7 and 8

may be changed in the future

1 Like
[Shipped] Building out Incognito’s trustless bridge to Bitcoin and all other blockchains
Arnaldo_Rosario February 27, 2020, 12:04pm #4

It’s great to see this is being worked on. Any ETA on when the size would be reduced? What happened to the existing data that already used on the Pnode does that get deleted off the HD on the Pnode or does it or the HD space is based on how many GD the network is?

It’s great to see this is being worked on. Any ETA on when the size would be reduced?

Development progress is going well as planed, it’s already in testnet. We are testing this feature and expect to release this in late March 2020, we haven’t decided the exact date yet.

Clearly, block data is immutable and we absolutely have no chance to reduce it. But, state data, the heaviest part, will be cut off by roughly 50% as we expected.
We will help users to delete all their current data and insert again all block right from the beginning. You can imagine that, pNodes will join the network again with state data will be in shape of new format, much lighter. In the meanwhile, block data change nothing. In conclusion, nothing happen to the block data, you disk will get cut off.

the HD space is based on how many GD the network is?

Could you be more specific about this question? Thank you.

That’s great news to hear. Thank for answering my questions. What I meant by my last question is the space on the Pnode. currently right now 100gb of the ssd is being used. When the network gets cut down that about that also used on the ssd on the Pnode gets reduced as well?

When the network gets cut down that about that also used on the ssd on the Pnode gets reduced as well?

yes, absolutely. The purpose is all about cut down every pNode, virtual node SSD storage.

As this project was funded last year and is now a work in progress, i’ve moved it to the right category.

Funds have been sent from November to February, and will continue to be disbursed every subsequent week dependent on progress.

Note: In my opinion, the new technique is fine, I think we misuse something and make some mistake in implementation phase.

Good luck solving this. Hopefully it is an obvious error that can be easily found and fixed.

Good news is we detected the problem, and moving into debug phase

Result:
This week team got great result in reducing database:
a. Testnet:

In general, we have reduce over 10 times blockchain size.

Wow, this looks fantastic. Thanks for your hard work, and genius brains to make it work.

Hi @hungngo! Any updates for the past week ?)

Hello @andrey i make a typing mistake. Previous week update is already above . Please check it out, tks

Once this is complete, I vote that @hungngo deserves a unique incognito badge. “db Crusher” comes to mind.

I love that badge josh lol

Update 18 March 2020:
Last two day we encounter some minor issue, these issue only effect node in run time under some rare circumstance. Issues are:

We managed this problem and solved it already. Now we continue testing phase and sync mainnet fullnode. At the end of this week, we may acheive:

Notice
At current time, choice for update new database version or not DOESN’T effect our network

4 Likes
[Shipped] Community rewards for contributing to the privacy conversation
Mike_Wagner March 19, 2020, 2:41am #20 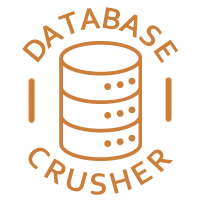