In this topic, we will introduce you the structure of Incognito extension and other web-based apps which we plan to launch in Q2 2022.

The first version of extension will be supported on the Chrome and Firefox browser. 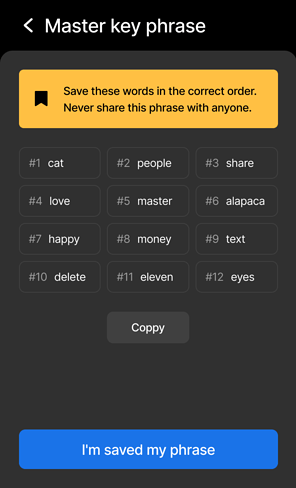 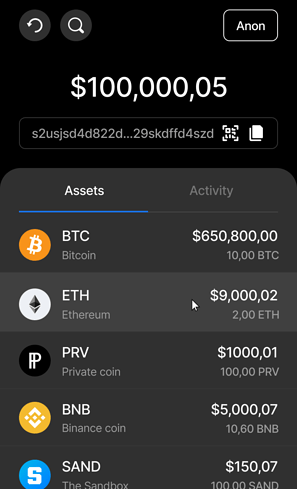 Extension Wallet is a non-custodial service, which means that only those who have your 12 - word seed phrase can access to your funds. Your wallet is stored in an encrypted file within your browser, protected by your password. If your computer is lost, stolen, or destroyed, 12 - word seed phrase is the only way to recover your wallet.

To protect your wallet, you will need to set up a password that is used to encrypt the private keys and then will be securely stored on browser storage. The following illustration shows how your wallet is protected using Incognito extention:

and here is the process of how to unlock your wallet:

note: because we can not call another extension from Incognito extension itself, it’s a necessity to build a web-based app for using shield/unshield functions).

The shielding process on Incognito extension is quite similar to the flow on the Incognito mobile app. The Incognito team will run a worker to monitor all shielding transaction requests send to vault smart contracts, and then to submit the shielded proof to Incognito blockchain. Once the proof is verified, new privacy tokens are minted at a 1:1 ratio.

Note: anyone can setup and run a job to monitor the transactions sent to Incognito vault smart contracts.

The unshield process on Incognito extension requires one more round interaction between users and the web-based app.

When the burn token transaction succeeds, the backend will submit the burned proof to the token vault smart contract to complete the process (note that this step requires a small amount of token as the transaction fee)

With Incognito extension wallet, we remove the centralized role of Incognito backend service. Therefore, this new product will allow users to proceed every step by themselves.

Along with Incognito wallet extension, in Q2 2022, we also plan to release some first web-based applications to support main functionalitis in Incognito ecosystem such as:

Privacy dApp will come later with more utilities and expand the integration across blockchains.

Should you have any questions regarding this proposal, feel free to drop me a comment below and we will be happy to discuss further. Thank you!

Please add a feature to import masterless accounts (accounts without seed phrase). As an OG :), I have many such accounts.

Omg, hang on here, what? Shielding and unshielding are going to be executed directly towards smart contracts? Does that mean that once block proposal is decentralized, the Incognito network could still function if all Incognito team servers get impounded or crash and burn?

For which chains would this work?

Sure, the extension will require verifying words in order.

I guess those are very old accounts right? I think you should create a new master key chain with many accounts as you want. Then transfer all assets from the old accounts to them. I believe that the performance will be much better than now

Cheers, I would appreciate it. Not that 12-words is really insecure (equivalent to a 128bit key), but I’ve always used 24 words for my assets chains because it works in the App. Changing it now would be a pain. I would have to restake all validators with new reward addresses.

No worries. If we’re picky, there’s no such thing as an Alapaca

They have memories for me

Joking apart, I need this because of 2 reasons:
1- My validators are on them. Remember that I’m OG

2- When the seed phrase is used, all its accounts are listed (as in the old extension). This makes organizing/managing accounts difficult.
2.5- Metamask allows this

Thanks for the feature in advance

Hello everyone, I just wanted to share some big news with you guys: the Incognito Wallet Extension and 1st version of Web-based Swap have been launched. For more details, please have a look at the official announcement.