1. What privacy problem are you solving?
We are looking to acquire more validators for Incognito network to make the network more secure and to gain more awareness for Incognito in general.

2. What is the solution?

The solution is to promote the whole Node category, which includes:

Node Pool was launched in April and received a lot of positive feedback and reaction from the market. While it is very flexible to begin with, we do find that Node is a better option because it’s both easy and efficient. The plan for May is to do a strong push to bring more adoption to Node device and keep maintaining Node Pool and Node Virtual.

Last but not least, we are also expecting to pre-launch Node Tree this month.

3. Which solutions do people resort to because this doesn’t exist yet?
People are currently staking crypto at a super low annual rate (Tezos 5%, Cosmos 10%, Tron 4.32%, etc…), or they need to go through a complicated setup to run their own node. In general, the staking experience at Incognito, whether via Virtual Node, Node, or Node Pool, is simpler and more profitable. 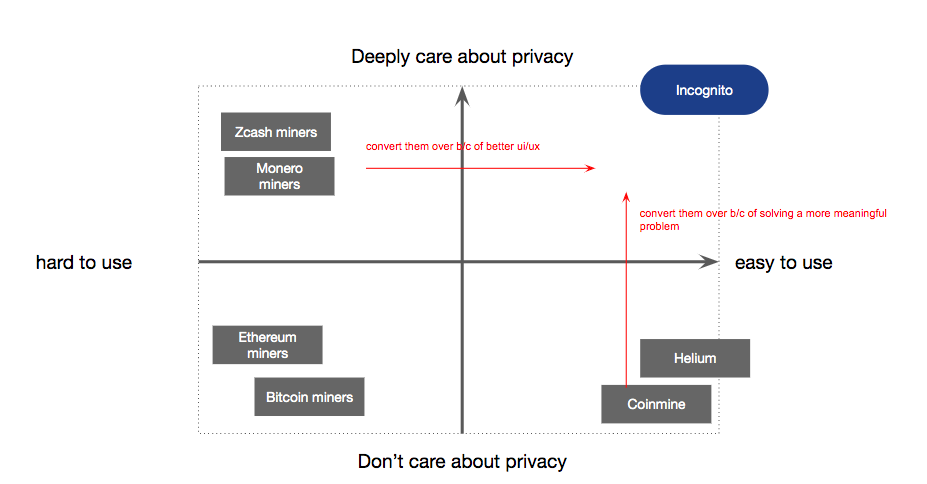 4. Who are you?
The project will be implemented by me (@annie), @Ducky from growth team, @Linh.n from the product team and @elvis.p, @Tan_Nguyen from the wallet core team.

I believe that we should have control over our information. Incognito is designed to giving people the choice of claiming their right to privacy. To do that on a meaningful scale, however, Incognito needs to grow itself into a strong, secure and decentralized network. Increasing the number of validators is integral to that goal.

8. Is there an existing conversation around this idea?
Yes, this is the continued proposal from this Apr one.

9. Is there anything else you would like the community to know?

We’re still struggling to define the right target audience for Node device. Any suggestion or help regarding this is highly appreciated!

Excited for another month of growth.

quite unsurprisingly, this was funded with 5/5 votes ; )

As for non PRV holders, the plan is to acquire users that are now holding other ptoken in the platform. We test out with Node first by running a promotion campaign: “Buy Node. Pay in ptoken. Get x% off.”

We looked over the statistics in the pdex and shielding volume. Some popular coins in the platform now are DAI BNB MATIC REN TOMO BAND XMR. We decided to go with DAI first.

Product side, the “Pay with ptoken” is being coded, hopefully end of next week, we can roll out this promotion program.

So that’s it. As usual feedbacks are always welcomed!

Thank you @Kelsomatic, I just looked over LBRY. That is quite interesting. Thinking about setting up an account and post all of our Node unboxing videos or Node reviews there.

Hi Annie, thanks for sharing these updates!

I was wondering how do we know these new nodes aren’t organic and are from the teams’ work? I understand Node Pool was started for this effort and thus the new nodes generated from pooled staked can be attributed to the teams’ work. But, not sure how the other figures came to be, and how they are parsed out from people organically signing up?

I was wondering how do we know these new nodes aren’t organic and are from the teams’ work?

Good question here! Apart from the Node Pool, I believe that Node Virtual and Node are quite enjoying an organic growth.

The team focused on supporting current users, making info clear and easily accessible to potential validators and improving Node buying experience, which I believe that it does contribute to the overall growth of the project.

Also, we are very clear about what we planned for, what we did and what the deliverables were. We usually set up tracking and look into GA to define if what we are doing actually works and contributes to the growth. You can refer to April proposal, in which we reported every week what we do, what seems to work and what does not.

My guessing is that those unstaking nodes are partly from Constant, partly from Node owners who want to change into regular staking (now that they earn enough 1750 PRV), so I will sleep on this for a while.

The target audience hasn’t been finalized yet. We need bigger sample size so we continued sending out survey this month.

Sorry, we’ve been so busy within the month. Just a sum up for May achievements:

Unfortunately, the new Node set up flow hasn’t been fixed yet. We will need to continue working on this in June. Also, the Node is now out of stock, so production will be the focus in June too.

Node Tree pre-launch is postponed, prototype hasn’t been finalized yet. You can check out the update under this.

Im curious how many more physical nodes are still waiting to go live, from the previous DAI sale?
Because the number of live nodes has gone down to 1,606 from 1,737 a couple weeks ago (https://watch.incognito.market/), with 133 still in the process of unstaking (https://incscan.io/network/validators).

I don’t think this drop is just from people switching to self staking, because that switch happens right after the node unstakes, and this is now a steady decline. (Incognito Growth Statistics - Weekly Update 6/7/20)

With the recent selloff in liquidity and consequent inflationary effect, the earnings in PRV-> USDT on a node have decreased by almost half (Node Earnings Statistics - Weekly Update 6/6/20) Wondering if that could be turning people away from Node ownership.

Either way, curious if there are still more pNodes to go online from the recent sale which would help get the numbers back up for Live Nodes.

Until more slots open up I don’t see an issue with people unstaking their nodes. More chances for my nodes to earn. My guess is they shipped out every pnode they could and ordered another batch. I waited 2 1/2 months for my first node so It will be a bit before all the nodes they sold go online.
As for liquidity: this project can only grow if the liquidity pools grow. More nodes will not grow it, more money in the kitty will. More nodes just provides stability and make the network mor3 decentralized and more unstoppable.