I recently unstaked my own PRV from my pNode. I’d like to switch back to rented funds. The [email protected] email autoreplied saying to contact you on the forum instead.

That is not a thing anymore. Once you switched to own stake, you can’t go back to funded staking.

Since when? Why does the app still display this option then? I did this for another pNode 1 month ago and you handled my request just fine.

Hey love…really?..once a person unstakes a pnode to a self staked status…they then cannot return the pnode to regular staked status like when pnode first arrived to the owner?

I didn’t handle anything.

Just updating you on how things work.
The app shows an option to stake I believe. You can still restake it with your own PRV.

hi, yes that is it. At least that is the last I heard.

Do you have the source for that?

I can find logic in it but won’t argue.
It was mentioned by someone who wanted to go back to funded stake as well, in the founding nodes channel on Telegram.

It was mentioned by someone who wanted to go back to funded stake as well, in the founding nodes channel on Telegram. 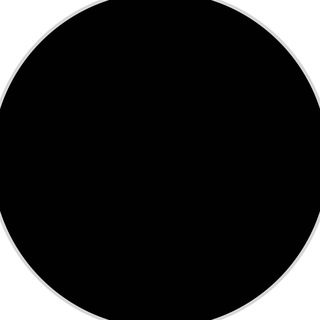 I was just told that they only support self funded staking now. They no longer allow the 30% or whatever staking. You either stake it yourself or you’ve got a piece of worthless hardware. I’m like totally confused now. Why would they do that.

@duc @0xkumi @Rocky or another dev should post a topic bringing all of the pNode specific changes together. Changes such as the end of returning a pNode to funded staking and the end of private key reassignment for pNode ownership transfers. The community would benefit having one authoritative & updated thread for tracking these changes.

I tried as well too. And they told me no. I’m quite upset as well.

I’m wondering if they can just make a one time exception since they never informed us appropriately. I’ve asked but only received a “no” from someone named rocky.

Fucked up. The app still makes it seem like you can do rented stake. I haven’t heard anything about this change either.

Boy oh boy…lol…the hits just keep piling on…when the frack are the powers that be at Incog going to realize they just keep fracking up as to their decision and policymaking choices, changes, and the communications of said choices and changes…sighs…

I’ve been in since 2019 and I’ve about had it tbh. If they allow us to fund stake again then I’ll be aiight for the time being. But this one really stepped on my toes. Having $13k locked into funded nodes and never getting chosen. And then when I take my money out, they’re worthless. Feels great. Go incognito, ugh.

I don’t think going back and forth between funded and own stake was ever part of the plan, but was performed in the beginning for people who unstaked unintended while trying out the options in the app.

After that it sort of got taken for granted.

There are some commands available, which could make selling a node easier. It doesn’t include a “put me back on funded stake” command though.

Try at your own risk, I have not used these commands

Wait, so to find relevant information to this project as person has to check random posts in this forum, telegram, and wherever else you all post notices… How are you all expecting to build trust if users can’t easily find the answers they need? It’s starting to make sense why incong gets harsh reviews on reddit and other sites. The concepts of privacy sounds good and is desirable but the implementation is lacking. You will never build a large following until these basic things are resolved.

So you had 13k staked for 2 years and didn’t make anything running your nodes?

You must have not understood. I’m not getting chosen enough to get a good ROI. You think I would have let that much sit there for two years? Bahahahaha. Crazy. I guess the word “never” wasn’t proper.

I understood exactly what you said which was that you NEVER got chose. So yes, I’d say that if you indeed have been selected then the use of the word “never” was not only improper it was inaccurate and misleading. I’m just trying to determine if it’s worth my time and money to setup votes and stake my funds. Precise communication is fundamental and key.