Reflections on the new App

Re: Locked PRV Provide.
The team will be keeping this - the idea of locked PRV is simply allowing people to be validators without having to run them themselves. It’s generally at a lower yield compared with running the nodes yourself. Would been keen to know how many nodes came online through the staking service.

I get the idea, but I do not get the reason. Does locking PRV up by giving it to the Incognito team, to pool them together to setup more internal validators, achieve better stability and security to the network? In its execution it is a move towards centralization.

I just want to know what the motive behind this decision was? Is it to lock up more PRV to prevent deflation? Does the team need a cut of the block rewards? Is part of the funds needed to provide liquidity to the pDex? Or was it just because “its too hard for node operators to not get slashed”?

Can anyone else test this and see if they get the same result?

Coin names are now gone and you cannot change them. If you switch to Sell and then back to Swap you get them back tho.

We caught the bug too, this will be fixed in the next release along with things I mentioned above. Thanks for your report.

From my understanding it was a reaction to the slashing protocol - it annoyed a few people especially those that are real noobs to running their own vnode / pnode properly. By offering a very simplistic way to participate privacy infrastructure it helps gain traction with people really not comfortable running their own node.

Ultimately more nodes = better stability and security. I’d guess the team would want more than the current ~2100 validators for the network especially over the medium to longer term. What the number they are aiming for though is anyone’s guess.

Yes its a move towards more centralisation in that these people are relying on the team to run the nodes for them. That said - its a very vanilla service. Theoretically anyone could provide a staking service in a similar manner. There used to be a third party that precisely offered this service but is no longer operational. I think they disbanded soon after the Growth team was made redundant.

From my understanding it was a reaction to the slashing protocol

Which I understand, but sincerely hope was not the motivation. Running a node contributes to security and stability in the way that it decentralizes the network. To motivate people to contribute in this way, there is a reward to cover work and running costs.

Except it’s not when they are held by the Incognito team. One could argue that it even decreases stability and security in two ways.

Yes its a move towards more centralisation in that these people are relying on the team to run the nodes for them.

Exactly, what they have done now is effectively equal to increasing the number of fixed validator nodes.

That said - its a very vanilla service. Theoretically anyone could provide a staking service in a similar manner.

Except no one will as long as it’s built into the App with the high promise of 40% return. I could never start a competitive service promising more than 40% over 12 months because there is no telling how many nodes will be in operation 6 months from now, or what the team will come up with next that could affect this. (Just to be clear, I do not want to start a staking service, this is just for the sake of the argument.

If the reason was drawing attention to the project by offering high yield farming, then fine. I would then figure it’s a temporary marketing strategy.

Its not the same as increasing fixed nodes. The fixed nodes directly benefit the Incognito team / DAO and participate in every epoch cycle. The staking service ultimately has rewards go back to PRV holders in exchange for a small fee (i.e. yield differential between node earnings and the 40.0% paid out) along with a lockup commitment.

You and I are both validators so we know the extra work of monitoring and running nodes. Personally and this was the point I raised back when the staking service was announced, as long as the yield on the staking service doesn’t exceed that of running your own node after server costs then I have no issue. As more nodes come online - the team has indicated that the yield will be reduced so the 40.0% won’t be around forever. My estimation at the moment is that net yield running a node is higher than the staking service and has better flexibility (no lockup). If the staking service brings more people into the incognito system because of its high yield then to me that’s only a good thing. The staking service is a smart way to do it.

It might be best if the team indicates how many nodes have been brought online via the staking service to begin with. It might be quite inconsequential or its material. @Jared can you ask the devs this?

Its not the same as increasing fixed nodes. The fixed nodes directly benefit the Incognito team / DAO and participate in every epoch cycle. The staking service ultimately has rewards go back to PRV holders in exchange for a small fee and a lockup commitment.

Yes, I know. But my point was that they might as well add another fixed node and then use the income to pay those that have staked. Setting up more incognito-operated nodes does not contribute to the network.

At the moment we don’t even know if they set up new nodes when people stake. They might just take the proceed from one of the 1000 non-fixed ones they already operate.

One argument would be that with more Incognito nodes it’s harder for a bad actor to take over the network, but then, that’s the reason there are fixed nodes, and replacing them with non-fixed Incognito nodes, solves nothing. (Except for some fairness, because a fixed node today doesn’t even have to be online to earn.)

Then again, maybe that is the end goal? If enough people stake, you’re back to Incognito controlling 51% of the network, and fixed nodes are not needed anymore, or community-owned ones for that matter.

But this topic might be better for my upcoming forum thread. What is even decentralized?

I would be glad if you add “the chosen trade path” in Swap page. @hieutran

Sure @abduraman, we added already. Just need some time to test the app. Thanks for your suggestion

All the rates and prices on PDEX are derived from liquidity pools on Incognito Chain.

I’m glad that you are interested in the new pDEX.
To ensure privacy and security, If you need your pool verified, please send DM to Support.

@Jared for the team to fix the spelling when switching wallets. 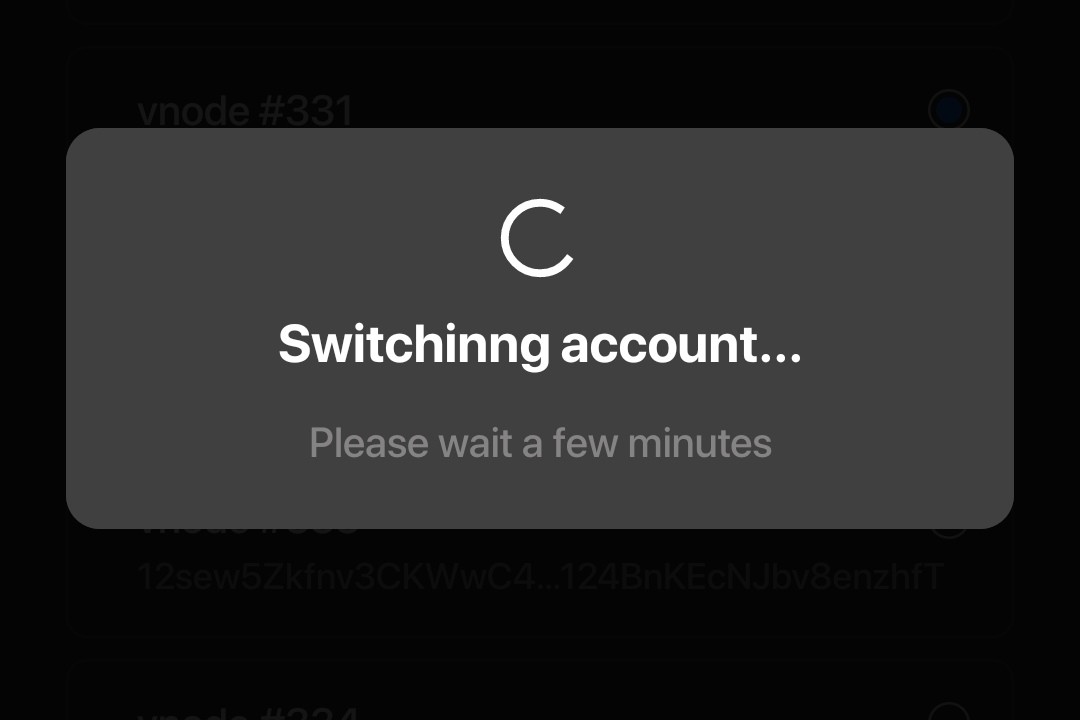 @SPAddict25 thanks I noticed that as well. It will be fixed on next update.

Update: This has been fixed.

@Jared On the next app update could we have the ability to remove liquidity pools from being viewed i.e. swipe a pool left and it disappears (the same way you would for an unwanted keychain).

The other is to add the per unit and total cost for a trade in both the quote currency and a fiat option (USD, EUR and here’s hoping for AUD)

On the next app update could we have the ability to remove liquidity pools from being viewed i.e. swipe a pool left and it disappears (the same way you would for an unwanted keychain).

I can pass this along to the app design team. Can you share with us why this feature would be needed?

Streamlines the liquidity pools on the list and removes the user created ones that don’t serve a purpose (shivx / prv).

We’ve released a new app version to fix bugs and make some improvements based on your valuable feedback.

Thanks again for all your feedback, we’re now focusing on app performance measurement and improvement. Hope we would have a better UX in the next release.

Also, if you don’t know yet, we’ve created a topic for discussion about what criteria a coin needs to satisfy to be able to get verified and listed on Incognito exchange here. Please share your thoughts so we can define a good process for this.

App is working faster than before now. Switching from keychain to keychain is more responsive and the adding of current account name to the top right button makes things much clearer for sure. Great job responding to user input.

Hi @hieutran, thanks for the reply.

Can you please confirm that the prices on PDEX are also used for calculating the $US Dollar values of coins in the “Wallet” part of the Incognito app?

Thanks for doing this. I noticed though that the font is either so large or the button so small, you cant actually see the whole keychain name, only the first few letters, so you’re still unable to differentiate which wallet you are in.

I agree with @Mike_Despo, the button at the top right (that is used for displaying the keychain name) should have it’s length increased to 12+ characters.

@hieutran, can you please either make the font on the button much smaller or the button wider? Thanks.