March 16th, 2020 - The new multi-node set from Incognito has been in the works now for about three months, and we’re already seeing huge developments. With the original pNode killing it out there, it’s no wonder you’d want more than one. It’s easy to use (just plug it in, link it to your Incognito Wallet, and start earning crypto), sleek, and energy-efficient.

You can grab one here if you haven’t already:
https://incognito.org/t/node/338

Mining for the Many

The pNode Tree is even more cost efficient than the original and is designed to stack up to five nodes into one tree. 5x the selection chance? Yes, please.

The Tree was designed by @Linh.n, Incognito’s industrial designer and the same mind behind the original pNode. She initially posted a proposal for the pNode Tree here, with these sketches of the design:

The goal was to stack 5 pNodes on top of each other and connect them to a single power source. The nodes would be linked by magnetic pins for stability:

Her post included a timeline that set Feb-May as the design and testing stage, and told us that shipping would begin in July! In the February update, she said that the team had finished structuring features and other product insights (such as the magnetic connectors), and had begun testing hardware components and 3D modeling. It also said the next step would be to “build a working prototype”.

Now, in her latest update, Linh revealed some changes made to the Tree’s initial design, as well as what we can expect in the near future.

So far, the team has made progress right on track with the initial timeline. Technical requirements have been generated, and the pieces are coming together. As of now, the hardware layout board for the LED display module has been finished:

They also made some incredible new steps in the design. From the initial sketch, they opted for square prisms over cylinders, gracefully avoiding what, in my opinion, could have been a tragic Roomba-pNode faux pas.

Instead, what we got was a white-and-charcoal armored beauty, sleeker than we could have imagined. The blue LEDs on each node complement their dark background and make for a node Tree you’ll want to display front-and-center wherever you keep it. The pNode Tree is unmatched in the blockchain world, and I think it’s gearing up to overtake any other IoT device, like Alexa, when it comes to style (not to mention cost-efficiency, since the pNode earns you money).

The new node Tree, compact and damn good-looking, will make running multiple nodes as easy as running one. As if the original pNode wasn’t a big enough change to crypto mining, Incognito stays true to the blockchain philosophy and makes mining something everyone can actually do, and at scale.

After revealing the 3D model, Linh added that the next goal is to decide which materials will be used to build the prototype, and hinted at testing coming soon. It looks like the pNode Tree is on schedule and exceeding expectations.

These nodes are just one more example of how Incognito is creating the future by powering privacy. When you remember that Incognito “Alliance” ambassadors are called “Rebels”, the new node design feels like the tech in Star Wars is closer to reality than it’s ever been. 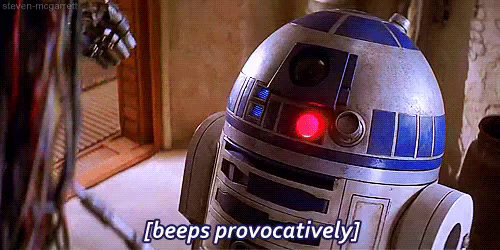 I’m super excited for the new pNode Tree! What about you?
Let me know your thoughts by commenting below.

Remember to share this article with a fellow nerd, and be on the lookout for more updates in the Incognito Community at we.incognito.org.

It is art not just crypto

Should there be some mark or place to mark what coin each node is earning/mining?

@linh.h would be the person to check with.

Thanks @jamie, our team will consider abt this.
Later on, I think we may apply some color options for some node-module to differentiate.

@Linh.n These are beautiful! Who WOULDN’T want to own 10 of these? = ) Can I trade in my vNodes for these? haha

Set release date for this?

There is an estimated timeline in the mentioned proposal. Corona is causing some delay.

that looks awsome!!! what would the price tag on just one of these be even if its just a rough guess and would it make the same or better amount of prv pre month as the original node?

hey team, when will these pNode tree units become available?

Not for a while, but we are working on providing more details and organizing a pre-order option. Stay tuned!

Looks pretty sick, where is it fabricated?

When does it arrive?