What we’ve been through so far has been an incredible journey.

The Incognito network has grown more than 100x since in the past year alone, (measuring things like shield volume, trading volume, etc). It’s more critical than ever that the foundation is strong enough to support this continued pace of growth.

If you kept up with the activity here on the forum in March, you’ll notice that we’ve made some pretty big changes because of that. I’ll spare you the minutiae, since you’ve probably already read up on them, but we’re pausing all “extra” projects to focus on decentralization and transparency, moving all existing project layers to trustless, decentralized, and open-source setups.

If you want more details, start with the following topics:

Since we’ve re-prioritized network development toward these goals, and we’re still preparing the network for release, we’ve also de-prioritized growth efforts for the coming months.

If we aren’t actively pursuing growth, then it doesn’t make sense for people like me to keep actively reporting on growth metrics with things like this monthly newsletter, the weekly update, and the PRV Holders Call. Instead, from now on, you’ll have direct access to the devs that are actually building the project. Updates will come as frequently as they’re needed, not just weekly or monthly.

For old times’ sake, let’s go over the growth metrics one more time: 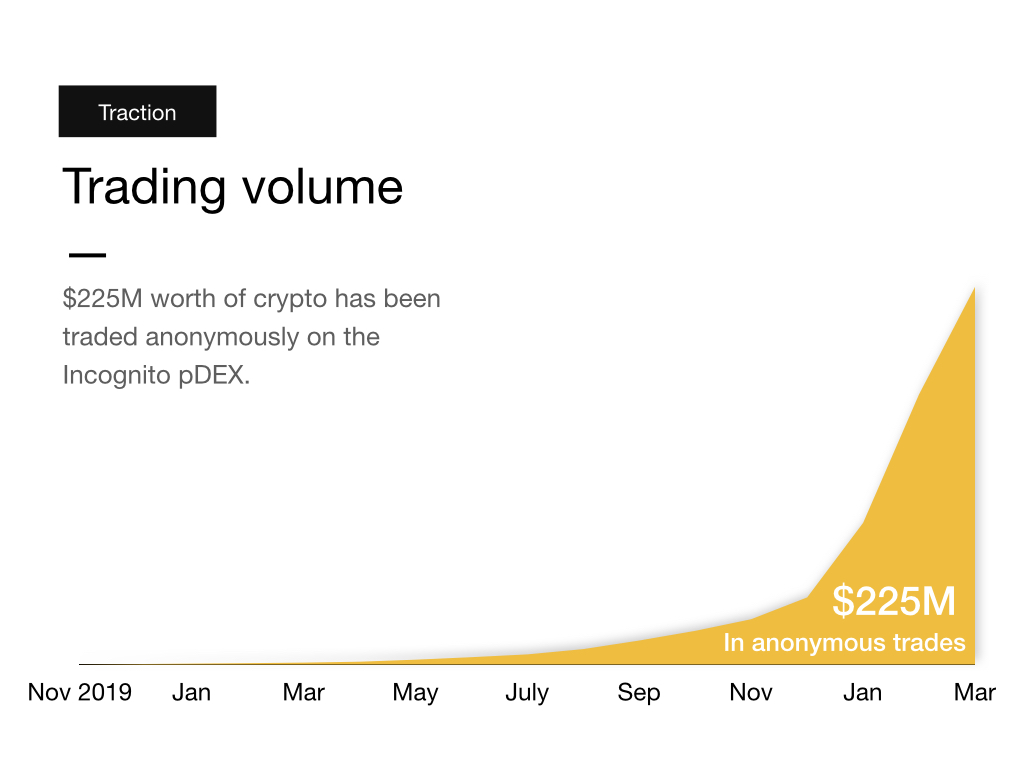 In January, daily trading volume saw a massive spike, and that trend has continued. Averaging $2 million per day, the volume has mellowed somewhat in March but still remains much higher than at any point in 2020. 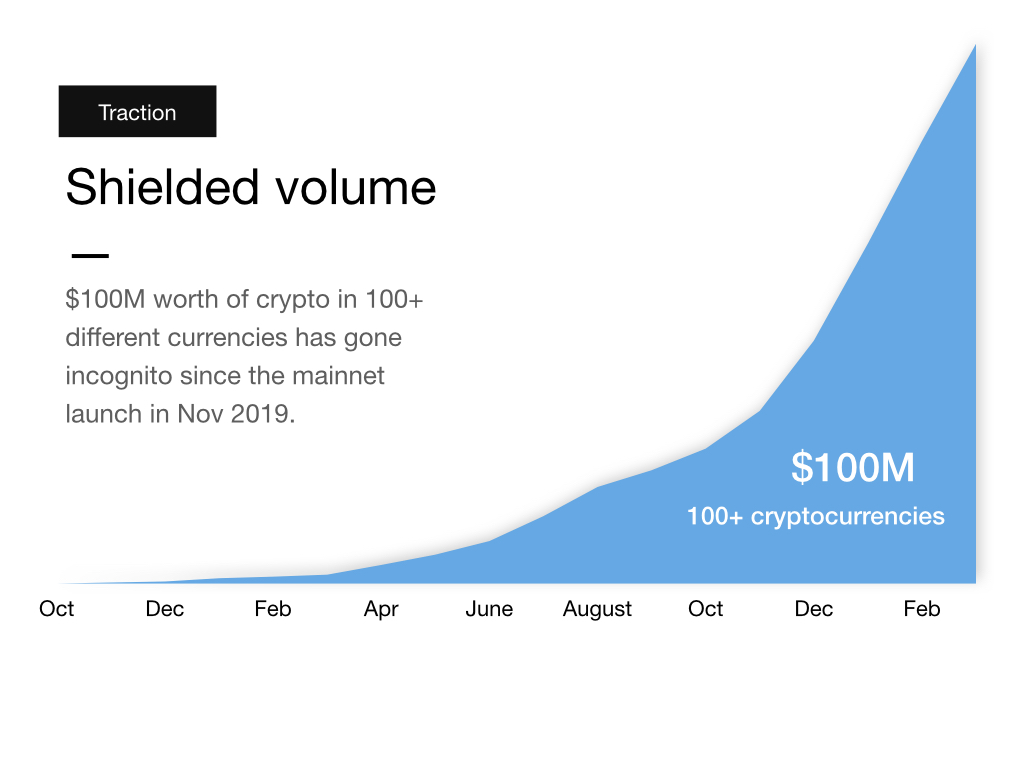 Shield volume continued its high growth rate of last month, signaling that people value the ability to store their crypto anonymously. This month, we crossed the $100 million mark in shield volume, just a year after we crossed $1 million. 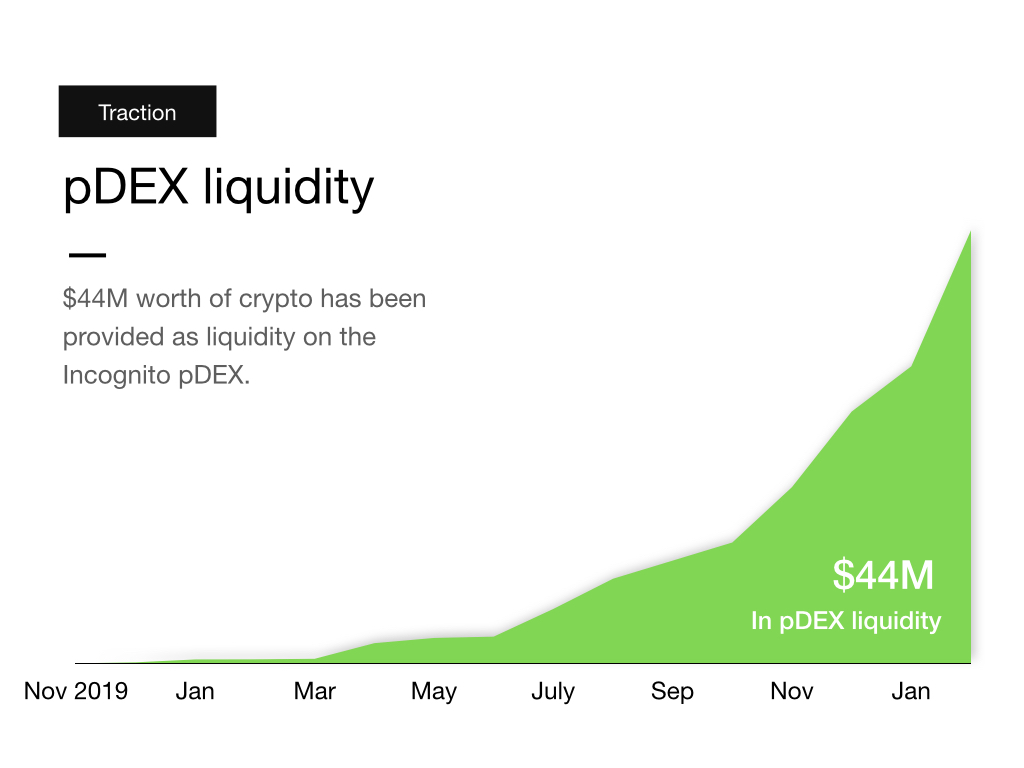 Because we stopped active growth efforts and are transitioning to new, decentralized methods of incentivizing liquidity, the growth rate for liquidity dampened considerably. That said, total liquidity is still up $1 million from February.

In past letters, development was broken down into four categories: Layer 1, layer 2, growth, and R&D. We’ve since paused almost everything that doesn’t directly pertain to layer-1, so this letter’s development section will be quite different. Instead of listing the great many projects we’re typically working on, I’ll explain the new forum category called Progress, and how you can find what we’re working on.

Progress is broken down into 3 subcategories:

You know we’re decentralizing, but what does that mean specifically? For right now, it means we’re working on decentralizing liquidity liquidity v2, increasing privacy with privacy v2, building the network monitor and providing more accurate Node statuses, and more.

We’ve also cancelled production of the pNode and Node Tree, and delayed Incognito Pay and the web extensions to allow for greater focus on what’s important.

The future of Incognito

Going forward, Incognito is all about continued development of a decentralized privacy architecture. You now have direct access to the devs, know exactly who is building what, and can engage with development threads. This year, you’ll see Incognito become what it was always meant to be.

We’re running a tight ship from here out, but we can’t do it without you. All of these changes were made in response to your feedback, when you reminded us what we’re really working for. So, keep doing what you’re doing. In addition to using the Incognito network to protect your privacy, share your thoughts with us about how to improve it, and get ready for the responsibility of the community to ramp up in a big way this year.

Until next time,
-Aaron.