Hi everyone, Portal comes back.

As mentioned in the previous post, we are building the Incognito’s trustless non-custodial bridge v4 (portal v4), and it’s available on the Testnet environment. We are planning to deploy it on Mainnet in a few days. Portal v4 will replace the centralized bridge for Bitcoin (BTC). In other words, after Portal v4 release, users can shield/unshield Bitcoin through the trustless non-custodial bridge instead of the current centralized bridge. We summarize the improvement details in the following table. 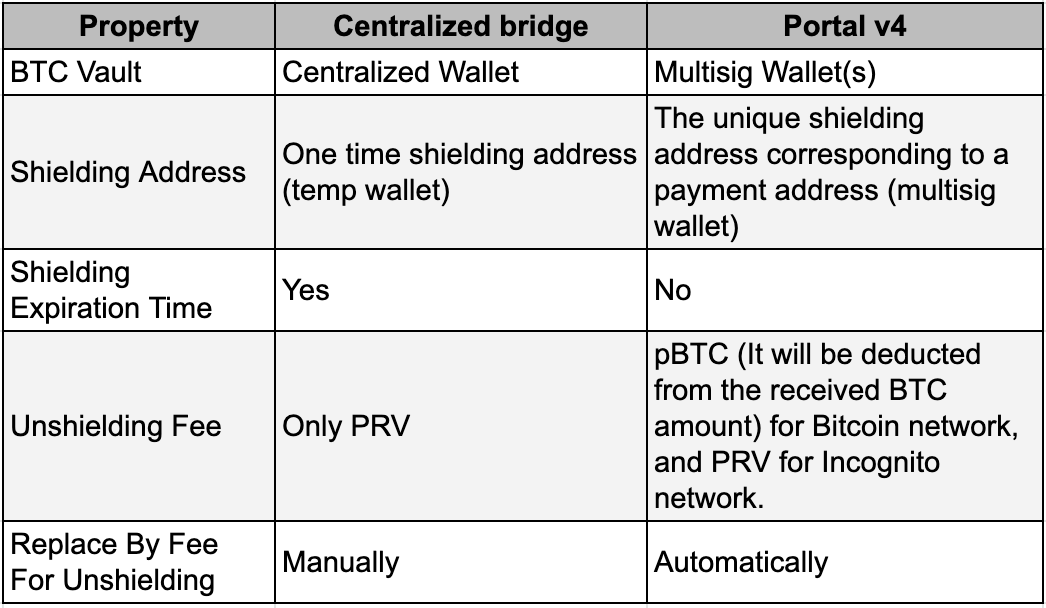 As you know, Portal v4 allows users to shield their BTC into pBTC to transfer, trade anonymously in Incognito, and unshield back to their external wallet anytime. We describe the shielding and unshielding flow details in the next lines.

As usual, to shield BTC from the Incongito app, tap “Assets” and then press “Shield my crypto”. The shielding screen will look like the following image. 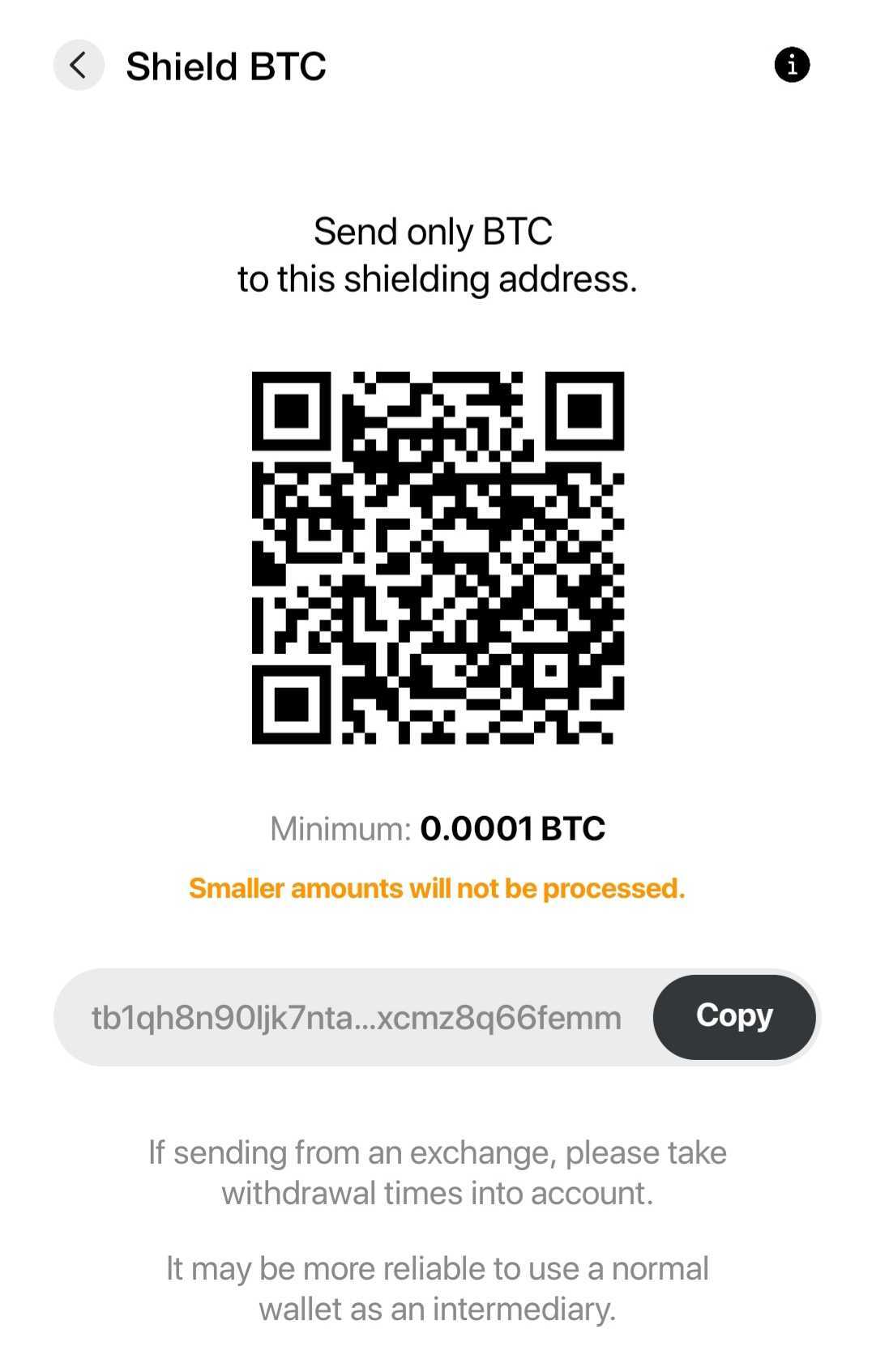 And then, the user is able to transfer and trade Bitcoin anonymously.

If the user wants to get back his Bitcoin, as always, the user does the following steps to unshield: Tap the “Assets” menu, choose “BTC” token, press “Send” and input the unshielding amount and the external address that the user wants to receive back Bitcoin. 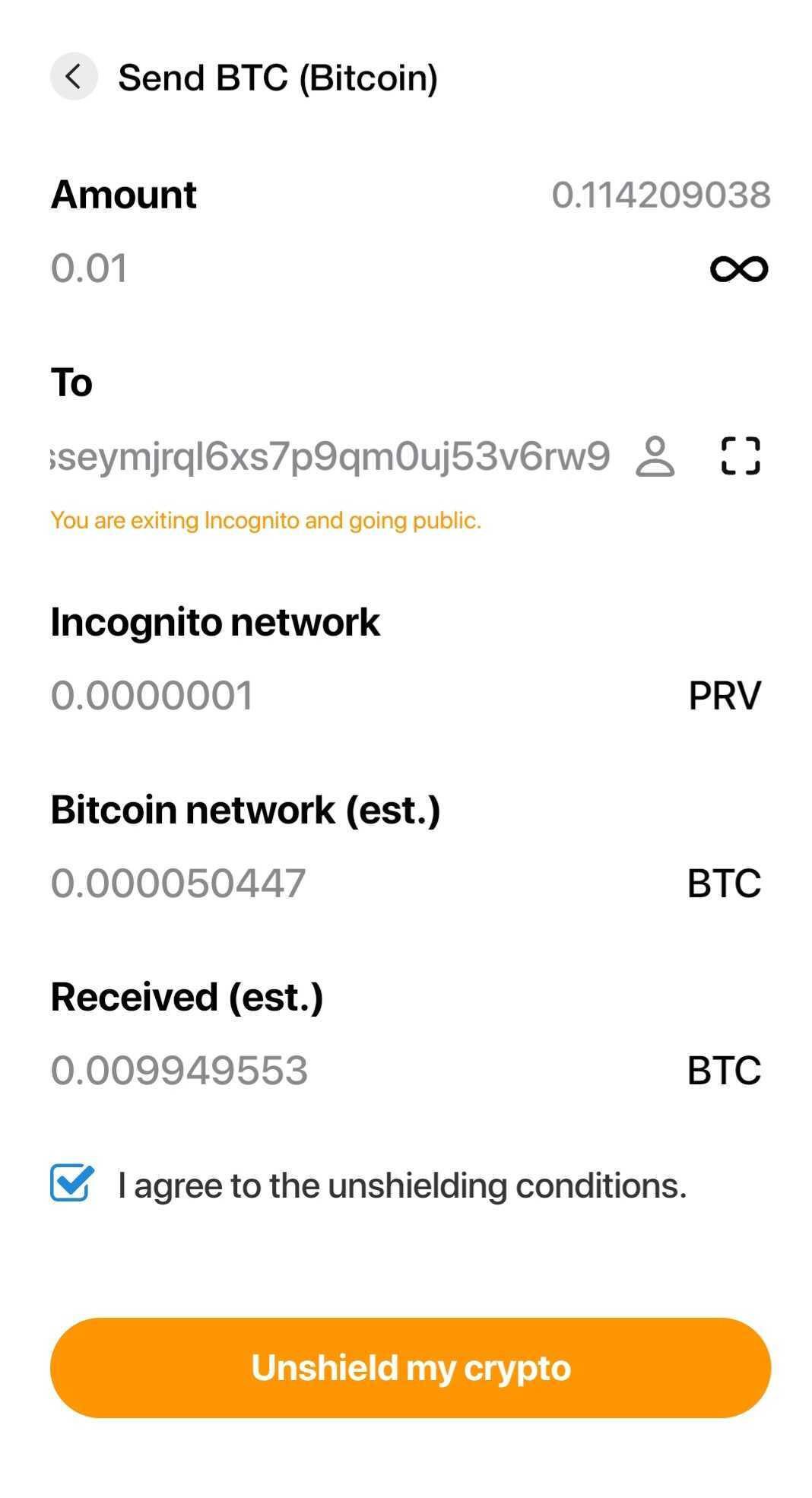 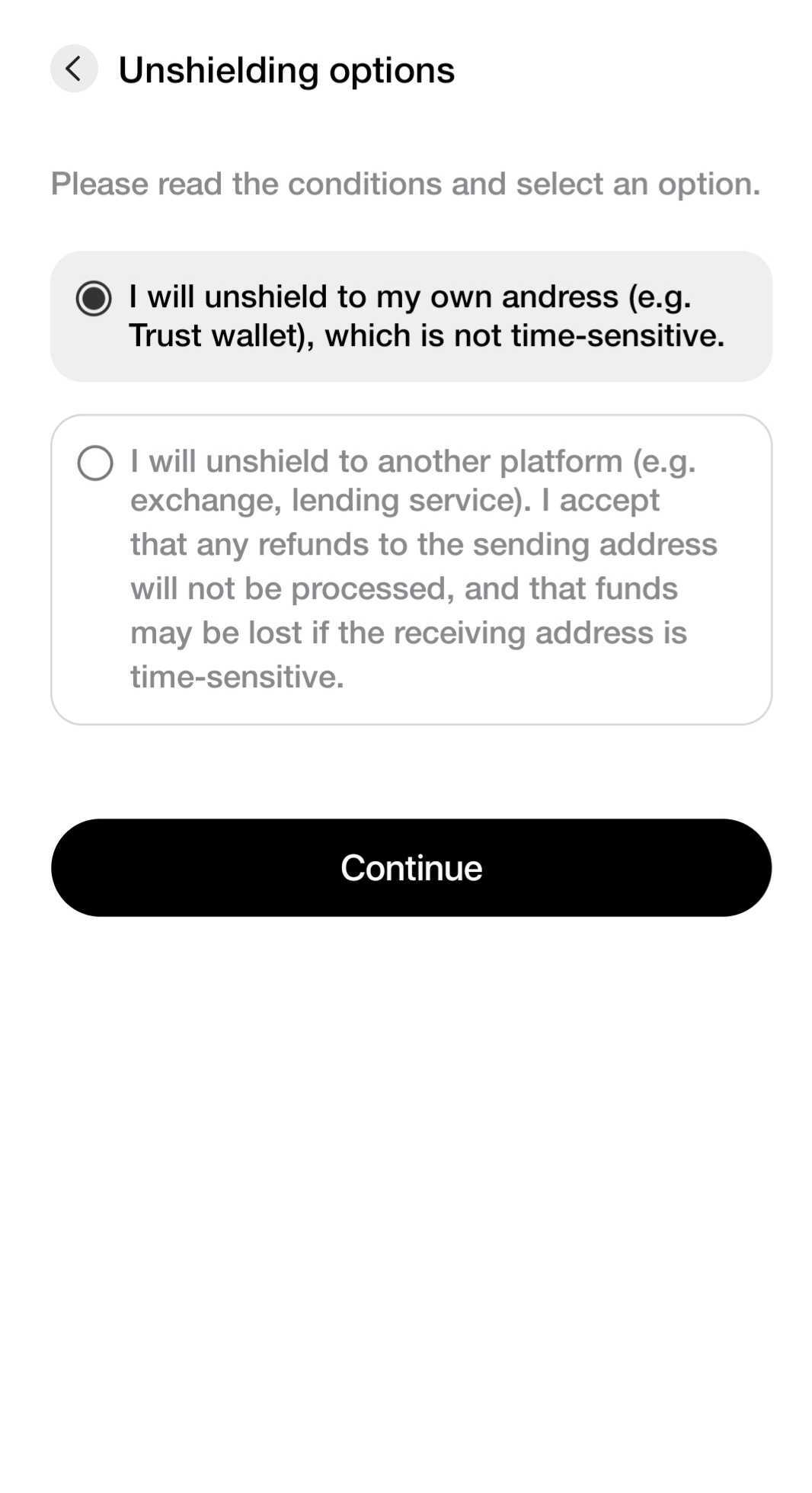 Important notes when unshielding:
We recommend users unshield to their own wallet (such as Trust wallet) when unshielding. If the users unshield to another platform (such as centralized exchange, lending service) and the platform sends the funds back to the sender address (a multisig address from Portal v4) because of any issue of the platform. In this case, we can not do anything to get back their funds.

In conclusion, with Portal v4, we try to bring to the users the Incognito bridge that users can shield and unshield in a more trustless, decentralized, and convenient way. If you want to shield, just send Bitcoin to the shielding address corresponding to your payment address. If you want to unshield, press “Unshield” and wait for your Bitcoin to be sent to your external address. If there is any issue when you shield and unshield Bitcoin with the Portal v4, feel free to contact us. Hope you will have the best experience with the trustless non-custodial bridge of the Incognito chain. Thanks for your following Incognito!

This looks very good. It seems to make the network much more sustainable in the long term.

What I’m still asking myself is why the Bitcoin network fee cannot be changed… As far as I understood the fee for a Bitcoin payment is determined by the device that triggers the transaction. Wouldn’t it be an option to make that field adjustable by the user?