Today, anyone can send BTC, ETH, and thousands of other cryptocurrencies to another party without going through a financial institution [Nakamoto, 2008; Buterin et al., 2014]. For those who value privacy, these cryptocurrencies come with a big tradeoff. Transactions are recorded on public ledgers, displaying amounts involved, inscribing virtual identities of their senders and receivers. Given the choice, we strongly believe that very few people will willingly disclose their crypto financials to the entire world.

Monero, Zcash, and Grin introduced their own version of cryptocurrencies that focus on privacy, based on CryptoNote [Van Saberhagen, 2013], Zerocash [Sasson et al., 2014], and Mimblewimble [Jedusor, 2016] respectively. 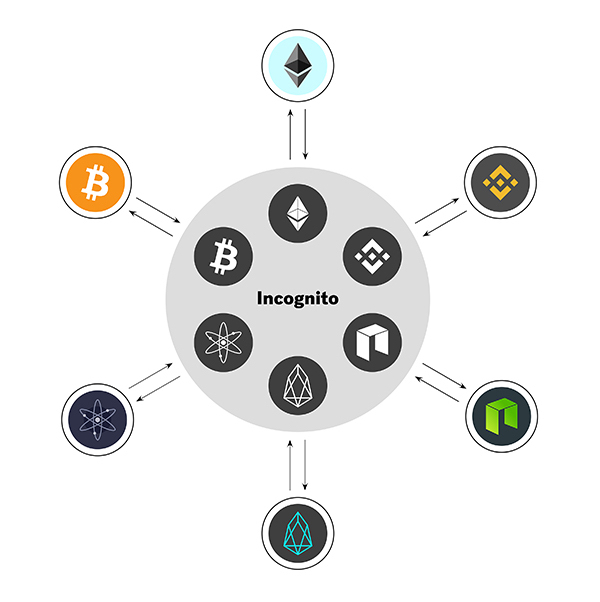 Figure 1. Incognito as a privacy hub. It is interoperable with other cryptonetworks via shielding and unshielding processes, which allow cryptocurrencies like BTC and ETH to go incognito and back.

Incognito is designed so users don’t have to choose between their favorite cryptocurrencies and privacy coins. They can have both. They can hold any cryptocurrency and still be able to use it confidentially whenever they want.