Incognito is doubling down on its privacy DEX, aiming to ramp up trading volume and become a much bigger exchange. If the results of past growth efforts are any indication, then we can expect to see rapid expansion in the next few months. However, there needs to be enough pair liquidity to accommodate an increase in activity.

At the beginning of April, @andrey of the Incognito core team set out to increase pDEX liquidity. At the time, total liquidity was hovering around $300k, and his goal was to add another $100k. To encourage users to provide liquidity, a rewards program was introduced.

Old and new users alike were emboldened by this initiative to take the liquidity leap. Over the course of the past month, liquidity skyrocketed, currently at just over $2.66 million worth of cryptocurrency (at market rate at the time of writing) and counting. At the end of the time allotted in the proposal, total liquidity had reached 2.3 million, and the goal of adding $100k to liquidity was exceeded by more than 2,000%.

It’s no time to rest, it seems. Liquidity is still climbing and Incognito is looking to maintain its growth, but are shifting their efforts to driving up trading volume. The latest funded May proposal seeks to hit $650k in monthly trading volume. Current monthly volume is around $320k, so this goal is a bit more ambitious than the last.

Where the liquidity proposal designed a single program to attract users and meet its goals, the new proposal lays out a more holistic plan. With liquidity available, the next step is to improve the user experience. To this end, Incognito is experimenting with several changes to the pDEX:

”Unlike other crypto exchanges which are for-profit companies and most often backed by VCs who push for massive returns/exits, Incognito is entirely self-funded and the project is open-source. It is under no pressure to make a profit. It can implement these user-first features like zero trading fees with the user benefits in mind without rent-seeking. To us, this is unique, because other exchanges can’t do this.”

Trading fees were removed on May 6th, and according to Incognito’s Jason Le, within ten hours, daily trading volume doubled vs. the previous day.
Note: The change does not affect transaction fees (network fees), the fees users provide to initiate transactions which are paid to block validation committees, so validator earnings are unaffected.

2. Zero listing fees
Without listing fees, Incognito’s privacy-protecting, permissionless exchange becomes a place where anyone can “create their own markets, add their favorite pair, and kickstart a new liquidity pool” according to @Duy. Now, new projects don’t have to pay egregious listing fees to tap into trading markets.

3. Expanding trustless custodianship
Incognito’s pDEX is the first decentralized and confidential exchange in the world. Currently, ETH and ERC-20 tokens are non-custodial, which means shielding and trading them is completely decentralized. With Portal’s continuing advancement, BTC, BNB, and many other assets are soon to join the trustless party.

4. Removing the need to deposit/withdraw
Since the introduction of the pDEX, users have needed to deposit funds they wish to trade into a pDEX-specific account, spending both time and money on the deposit transaction. With a coming update, this extra step will be removed, and users will be able to trade from any of their accounts.

5. Redesigning the trading dashboard
The final change planned for the pDEX (for the moment) is a redesign of the trading dashboard. A live earnings counter was just added for liquidity providers to see their earnings in real time, and there is a full suite of redesigns following shortly. Each change will simplify the trading process and make it a more enjoyable experience for all.

With liquidity far higher than it has ever been, and the project growing across the board, Incognito has decided to focus its efforts on creating the best private trading experience it can deliver. The goals are ambitious, but that’s nothing new. The question is, will the winning streak continue?

Number 4 and 5 have me the most excited!
Number 4-No more do you have to deposit to the dex from wallet then withdraw to wallet! That will streamline EVERYTHING and make it easier on new users (a few ppl have actually taken my recommendation and came to incognito but were confused at the dex area and I had to walk them through screenshot by screenshot highlighting areas) this is great!
Number 5-the app being more user friendly is just icing on an unbelievably great cake! Keep it up!

The liquidity option is incredible!
Why anybody would keep their crypto locked up on another exchange earning 0% is beyond me 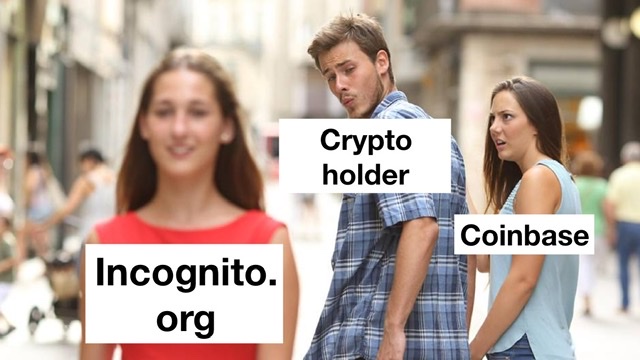 I’m with ya! The app has come miles already, and I can’t wait for more (I can say this without tooting my own horn since I didn’t contribute anything to it

The more we get the word out (especially in memes), the more people will wake up.

I don’t use Reddit, but I’m sure plenty of ppl on there would love these memes!

This seems like a Great Leap Forward for Incognito. I would love to see Incognito grow into a medium or large sized exchange.

With a coming update, this extra step will be removed, and users will be able to trade from any of their accounts.