The topic of ‘how to anonymize Bitcoin transactions & addresses’ or ‘Bitcoin anonymity’ has been discussed for quite a long time in the blockchain space. To answer the question, the Bitcoin community has come up with a number of solutions. Some are seemingly tailor-made for programmers like using logless VPN or changing browser to Tor-Onion, some are quite inconvenient like using new address for every new transaction.

Of all solutions for Bitcoin anonymity, Bitcoin mixing is merely the one of choice that is used prevalently by Bitcoin users. FYI, Bitcoin mixing, or Bitcoin mixers, is a group of solutions that allow users mix their coins with other users when initiating BTC-sending transactions, in order to preserve their privacy. There are many mixing strategies that have been proposed, namely CoinJoin, CashFusion, Knapsack, ZeroLink, etc. Developed from these mixing methods, smartmixer.io, Wasabi Wallet, Samourai Wallet, JoinMarket, etc., are products, in form of trusted centralized mixing service or trustless mixers, that you can use to obfuscate your transactions.

However, despite being used widely by privacy maximalists in Bitcoin community, several downsides of Bitcoin mixing have been also pinpointed. That’s why Incognito has decided to take a different approach for anonymizing Bitcoin transactions. Our solution is called Privacy Bitcoin, abbreviated as pBTC. 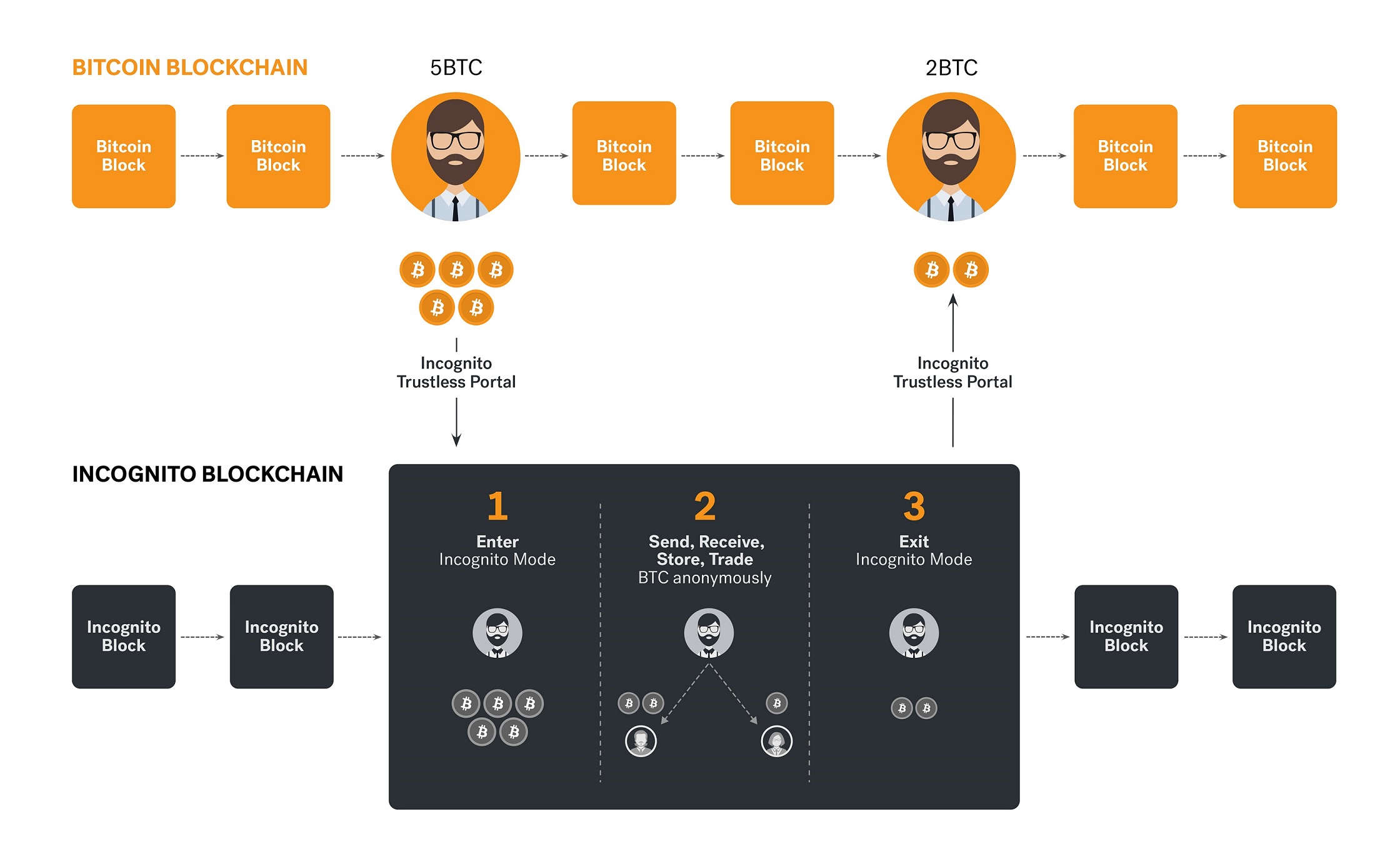 Incognito sidechain builds a trustless portal to connect to Bitcoin blockchain. Therefore, Privacy Bitcoin is 1:1 issued trustlessly on Incognito Chain based on normal Bitcoin. When in need of opening or exiting the Incognito mode, a user will work with the Bond smart contract and trustless custodians, which means the 2 processes are all executed automatically and independently from any third party. You can read more about the tech here and here.

So, in a nutshell, steps that you will go through if you use Privacy Bitcoin to anonymize your Bitcoin are:

*Note: We are taking the pragmatic approach for the bridge to Bitcoin. It is the trusted bridge in which Incognito’s team will play the role of the trusted custodian. The trustless bridge is in the process of being developed and the analyzing below is applied for the trustless one

There have been over 40K transactions of Privacy Bitcoin executed since Incognito Chain mainnet was launched back in November 2019.

Some pieces of content on the technology that we are using

Here is how Alice got the full privacy for her Bitcoin with Privacy Bitcoin and Incognito mode.

Privacy Bitcoin comes with many perks over current solutions for anonymizing Bitcoin.

In this ‘Software-eat-the-world’ era, a consuming product with intuitiveness and simplicity will always win mass users over. The Bitcoin mixing market now is still filled with products that look like programming softwares or that are seemingly tailored to tech savvies. Along with that, other solutions like using logless VPN or changing browser to Tor are not familiar with mass users.

With Privacy Bitcoin, the concept of it is very easy to understand. In fact, you have got used to it since you started using Google. From the user perspective, it is also very easy to open or exit the Incognito mode. Users just need to make sending transactions directly to the Bond smart contract and they will see your Bitcoin turned into Privacy Bitcoin or vice versa right away. Lastly, Bitcoin users can access to Privacy Bitcoin via the Incognito Wallet which has been made user-friendly just like most-used cryptocurrency wallets right now. 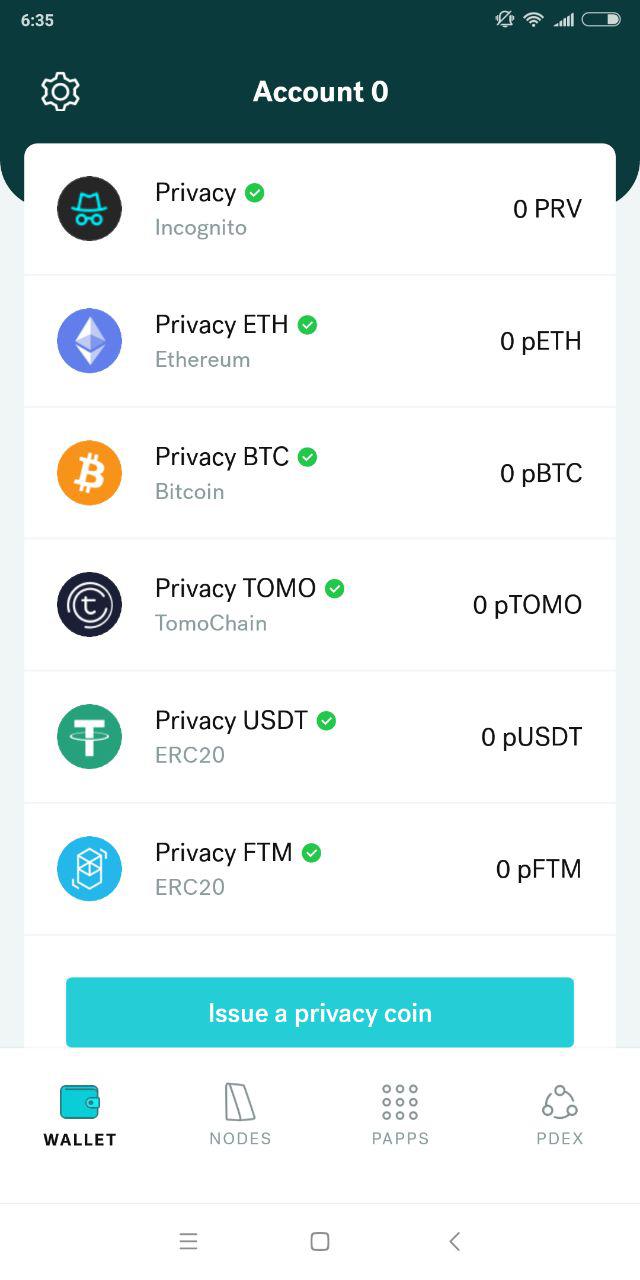 With Bitcoin mixing, the process of registering your transactions to the mixing, then waiting until the number of participants registering reaches the required amount is called enqueueing. The ideal number of participants is normally 100. So, if you are the first who enqueue, the high chance is you will need to wait quite a long time to see your transaction to be tumbled. For example with the mixing servicer smartmixer.io, to get the confidentiality, you normally need to wait for 3 hours. If users want to reduce the waiting time, they need to trade off the service free or the mixing strength level. 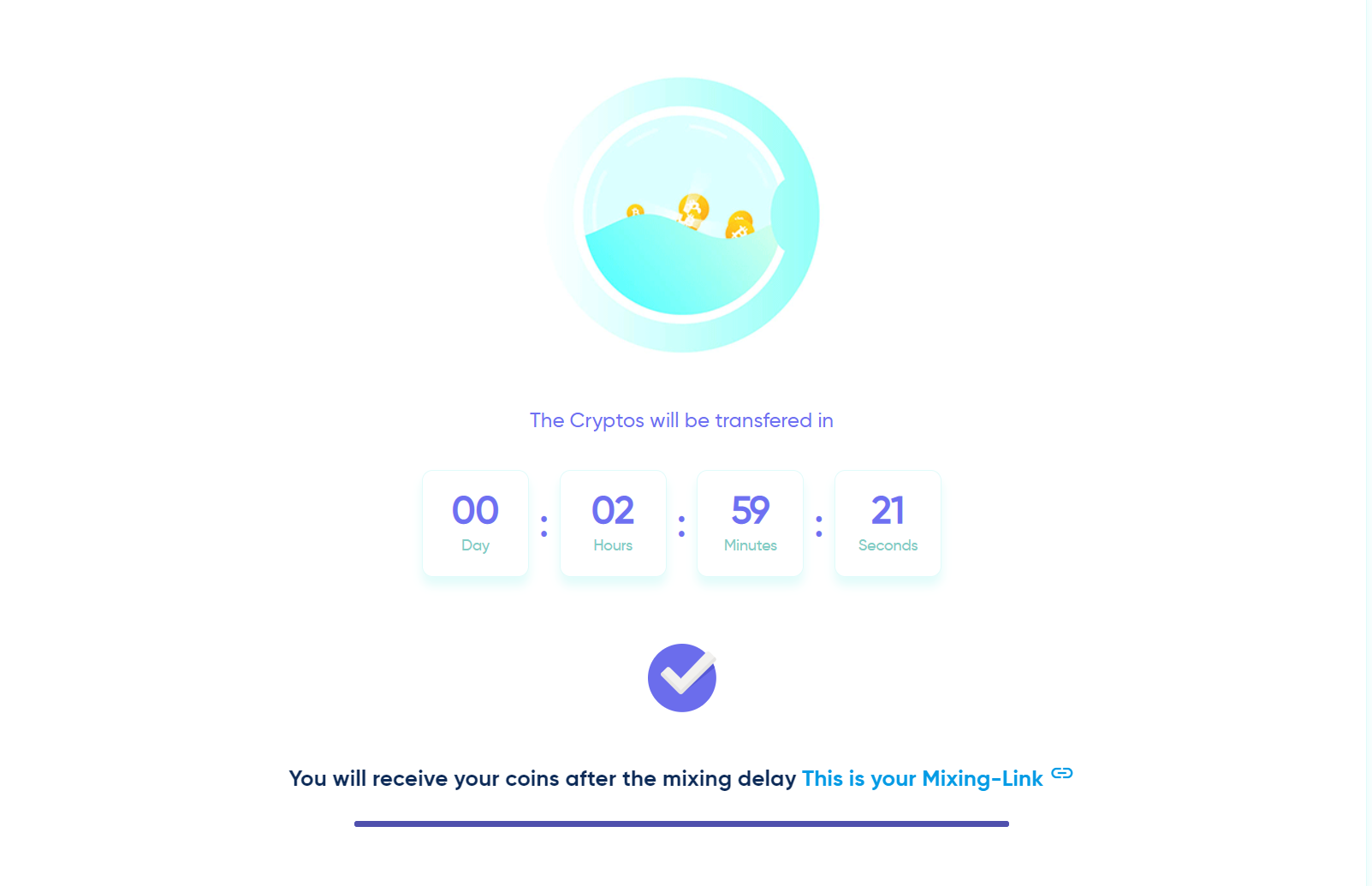 With Privacy Bitcoin, instead of grouping users together and distributing the privacy to all, privacy is brought to each individual Bitcoin users. So, there is no waiting time for others to register for coin mixing anymore. 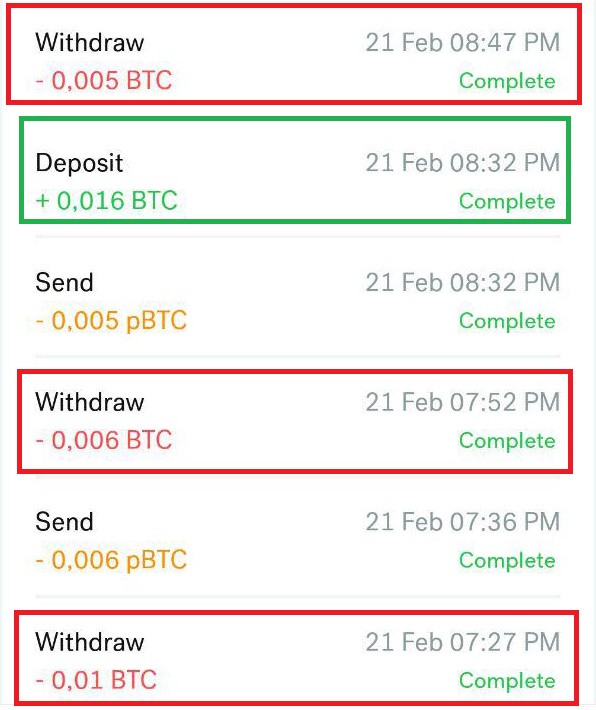 (Opening & Exiting the Incognito mode in just a matter of minutes)

With some Bitcoin mixers, only transactions with required minimum amount value are qualified to be mixed. For example, Wasabi Wallet, probably the most-used Bitcoin mixer at the moment, requires you to send at least 0.1 BTC to use their mixing service because of some technical problem related to miner fee. At the current price of Bitcoin, it means that you need to have a relatively large amount of money to use Bitcoin mixing. There was actually a user complaining about this matter on Wasabi Wallet’s Reddit page. 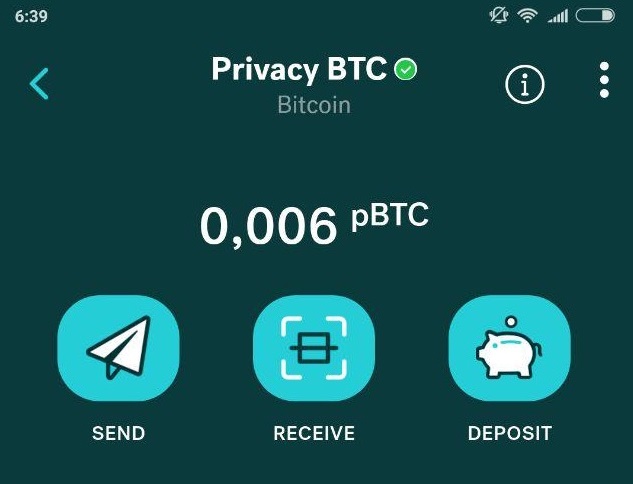 It is trustless, nobody has to trust anybody else in order to get the privacy

Back in 2018, there was a attention-drawing topic on Reddit discussing about if Samourai Wallet was dishonest when the team held users’ fund but couldn’t deliver the good privacy. It is actually the universal problem happening when using any centralized services from third parties. When it comes to Bitcoin mixing products, Samourai Wallet and SmartMix.io are the two that were reported by the community because of their dishonesty. Along with it, centralized websites can also be hacked, resulting in the lost of funds. It can be said that the risks when using centralized Bitcoin mixers are always there.

As a matter of fact, there are chances that transactions going through Bitcoin mixing can still be tracked. Even though transactions are tumbled, all the tumbling transactions are still visible on-chain data and ones who have enough time and patience or apply enough database visualization methodologies can still follow each single transaction.

Chainalysis, a professional blockchain analysis company, has actually been able to trace through CoinJoin, a popular mixing strategy used by Wasabi Wallet, Samourai Wallet, smartmixer.io, etc, since 2017. In 2019, they even made a real and thorough breakdown of CoinJoin transactions in the big scamming scandal of PlusToken. In their blog, the company explained how the scammers had been moving BTC around although CoinJoin was used to scramble up Bitcoin-sending transactions. Recently, even a normal user, when CoinJoining from Wasabi Wallet, noticed that he was able to easily figure out how to trace the coins back after deeply digging. It is said that being deanonymized is the biggest problem that Bitcoin mixing solution is facing.

(No chance for deanonymizing here)