Why is it that I hear about so many projects and incognito just seems better? Am I missing something? What does REN have that incognito does not? What are the biggest competition for incognito?

Like top 5 and why?
I just trying to understand the space better. I don’t understand why anyone would use WBTC vs decentralized pBTC.

Does it just come down to liquidity?

Because we are different

There are quite a few reasons, but let me highlight just the most important ones

Approach
Over the past few years, we’ve seen some amazing developments, but some things have largely remained the same. 99.9% of newly created blockchain projects sell promises to their community, and building takes a backseat to marketing.

REN protocol you mentioned - here is their ICO page: https://icodrops.com/republic-protocol/ the fundraising event ended on February 3, 2018.

They ran marketing campaigns around the project for 2 years before they showed the first demo of the bridge to Bitcoin. This strategy seems to have worked for them. I am looking forward to following their progress. 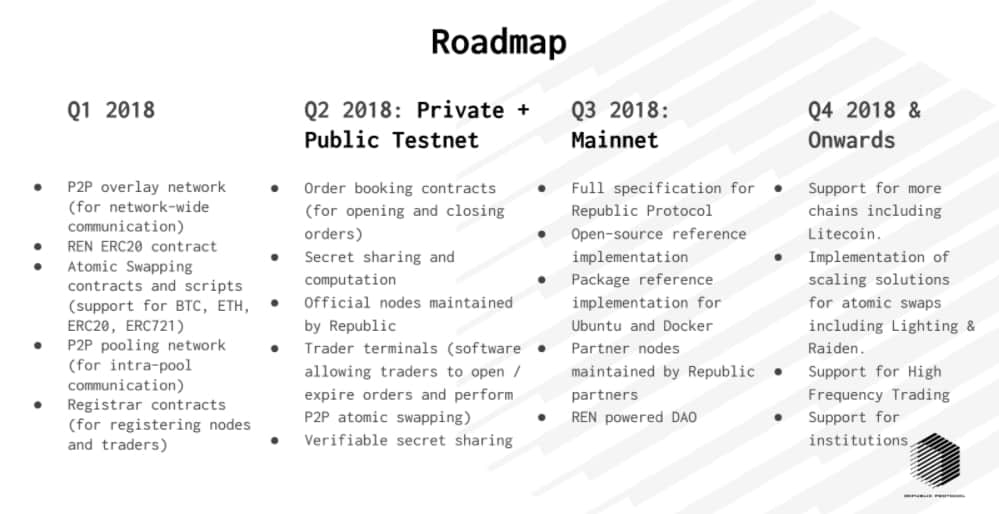 Incognito doesn’t sell promises.
We didn’t do an ICO because we didn’t think it was right to ask investors to pay before any code was written. Marketing didn’t begin till we had something to show.

In that same ethos, we simply build what are hopefully useful products, and bring them to users. If it’s not good enough, you guys tell us and we improve and release it again. This cycle never stops. Simply because we want to build the best privacy applications and deliver the best privacy experiences.

@JoyRaptor some thoughts regarding the competitors.

If you haven’t read it yet, check out this article - Bitcoin Is A Platypus(Dec 2017). There have been a lot of discussions over what Bitcoin is, and what it’s main competitor is. There wasn’t a clear answer - and so it was compared to the Platypus.

Coming back to Incognito

Instead of spouting clickbait, we build DeFi for XMR and the monero community. Incognito wallet supports XMR, Incognito DEX supports XMR with liquidity pools ≈$200k, and you can lock XMR into pools and earn 9% APY on it.

From this point of view, I would say that Incognito is a Platypus - like everyone and not like anyone at the same time. With a very simple goal - to build privacy for the whole token economy.

Another competitor I have come across is Dero, they are building a fully homomorphic blockchain that has privacy at its core too. But, it is its own crypto coin, with its own blockchain. I like what Incognito does, as it aims to bring privacy to existing coins, not just create a unique privacy coin that doesn’t have operability outside of its own network.

Dero does have some very interesting advancements, and their work on encrypted smart contracts seems pretty interesting and currently surpasses what Incognito network has ability for, but that doesn’t mean those methods cant be applied to Incognito in the future.

I have a project that already has a volunteer distributed grid, and add blockchain functionality is one of the next steps I am researching now. I really like Incognito, and the fact they are a Proof of Stake (rather than Proof of Work) is a big component for me as well. This provides many more opportunities, because there is not the large computational requirements on the nodes (validators), also the barrier is low to get a coin listed and out on a network that has very low fees and fast settlement is a big draw to Incognito for me. Another project that we are investigating for this is Stellar, it provides a way to get a coin created and provide some of the functionality we need for our distributed grid, but is missing some key pieces… Incognito has the ability to add those missing pieces for our project. The irony is that, in some cases the anonymity Incognito provides causes some hurdles and makes it less attractive for some applications, but the ease of on boarding a project is a plus.

Its all a balancing act of pros and cons. Dero, Stellar and Incognito all seem to have pieces of the puzzle we need, and there may be a way to use some or all of those pieces… but from my perspective, they all have some competitive parts, we just have to figure out the right fit.

Thank you for this. The more I hear the more I want to be on board. As things are heating to a bull market and random projects are now pumping I have been contemplating where to put my money for the best returns. But also, What is the best value investment. Incognito perfectly aligns with my values. I dont know if it will moon anytime soon, but perhaps for now its a slow and steady wins the race? I just bought some PRV. For now Ill be adding regularly.

The community has been ever so pleasant and responsive. I really want to see this bloom and eat/assimilate other non-privacy projects.

For when I talk to developers, what should I say is the programming platform/language?

Also, any more coins going to be added to provide any time soon? I have a some link -or does “add liquidity” do the same thing?

Very good and clear explanation @andrey ! Indeed in my opinion PRV leaves XMR, Dash etc. useless even though I like these privacy coins, PRV has a much bigger utility.

For when I talk to developers, what should I say is the programming platform/language?

If you mean the Incognito network, you can pitch it to devs as a privacy layer for Bitcoin, Ethereum, and other public ledgers. Incognito - privacy for crypto and dApps.

Also, any more coins going to be added to provide any time soon? I have a some link -or does “add liquidity” do the same thing?

It depends on community requests. Feel free to share your thoughts on which other coins do you guys want to add and how can we migrate their community into Incogntio ecosystem?

Thanks this will help me as I reach out to people.

As far as other coins for provide. Oracles seem pretty hot. Band and chainlink seem to have dedicated meme armies. Chainlink market cap might start challenging the top tier spots. I hold both. Chainlink could occupy the #3 spot by market cap.

Possibly polkadot could make it to top tier but it’s too early to tell, certainly has the hype.