A bridge from Binance Smart Chain (BSC for short) to Incognito is one of the most desired features now.

BSC supports bridges to 35 other blockchains, which means that if Incognito has a bridge to BSC, it would have a bridge to those 35 blockchain networks as well. Additionally, people have been bridging their crypto assets to BSC enormously according to BSC’s token tracker in order to experience Defi dApps in a faster and cheaper way as compared to its counterpart (a.k.a Ethereum) so imagine if Incognito offers a method to bring anonymity possibility to 1% of BSC’s users who actually care about privacy, it would be a huge leap of the project in new user acquisition as well as processing volume.

How will the Incognito - BSC bridge solve problems for users?

The current Incognito users benefit from the bridge on cheap and stable shielding / unshielding fees. For example, At the time of writing:

For the new users, the expensive fees would also be a big barrier to onboarding. These users likely want to try out with a small shielding / unshielding to learn how the system works prior to having more confidence with larger ones. So giving those a try through the BSC bridge will help overcome the dilemma.

Also, for BSC’s Defi dApps users who actually care about privacy, the Incognito - BSC bridge is introducing pBSC, an extension of BSC that has a similar approach to the pEthereum but with much cheaper fees. This enables privacy-protecting BSC transactions and privacy-protecting decentralized applications like Pancake Swap or Pancake Bunny.

The following illustrates the flow of coins that happens over public chains, Binance Smart Chain, and Incognito chain. 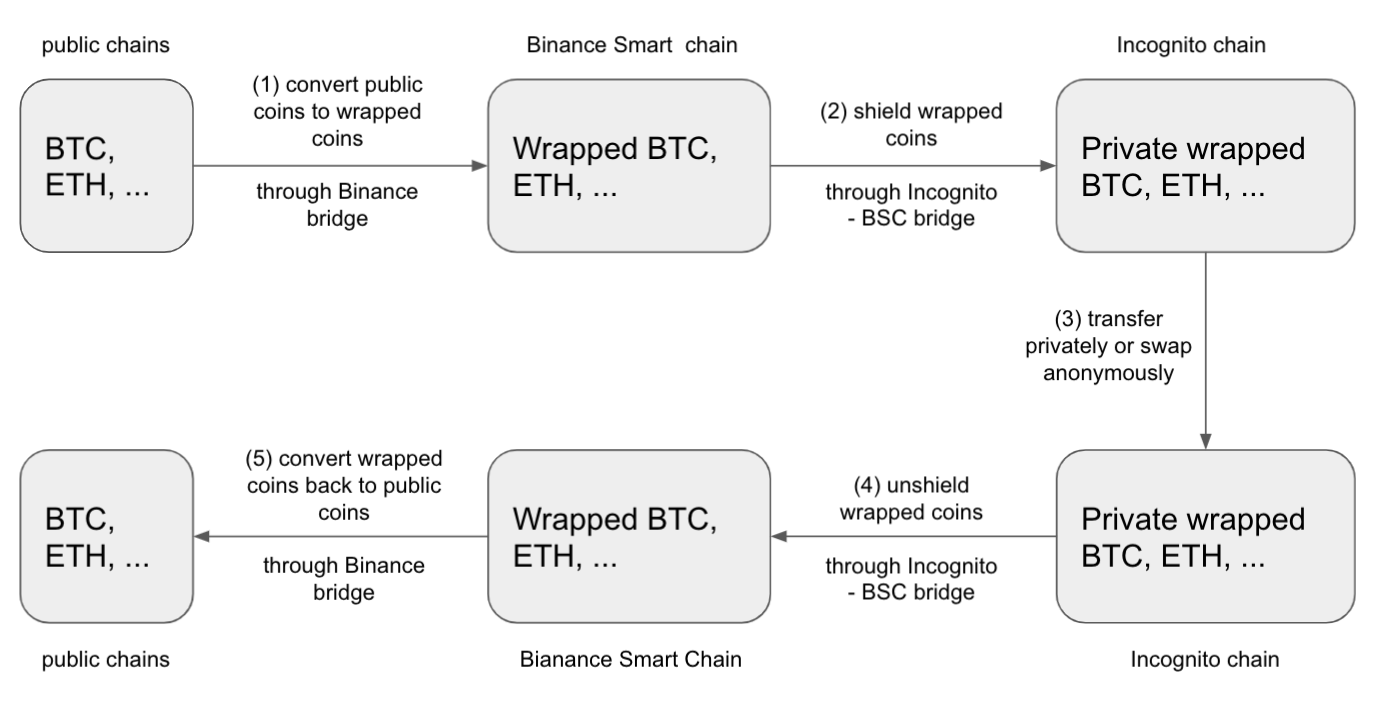 As illustrated in the typical flow above, to be able to shield coins from public networks like Bitcoin, Ethereum, etc, you need to:

Step 1: convert public coins to wrapped coins on Binance Smart chain first. This could be done through the Binance bridge. Please have a look at Binance bridge user guide in case you aren’t familiar with it. 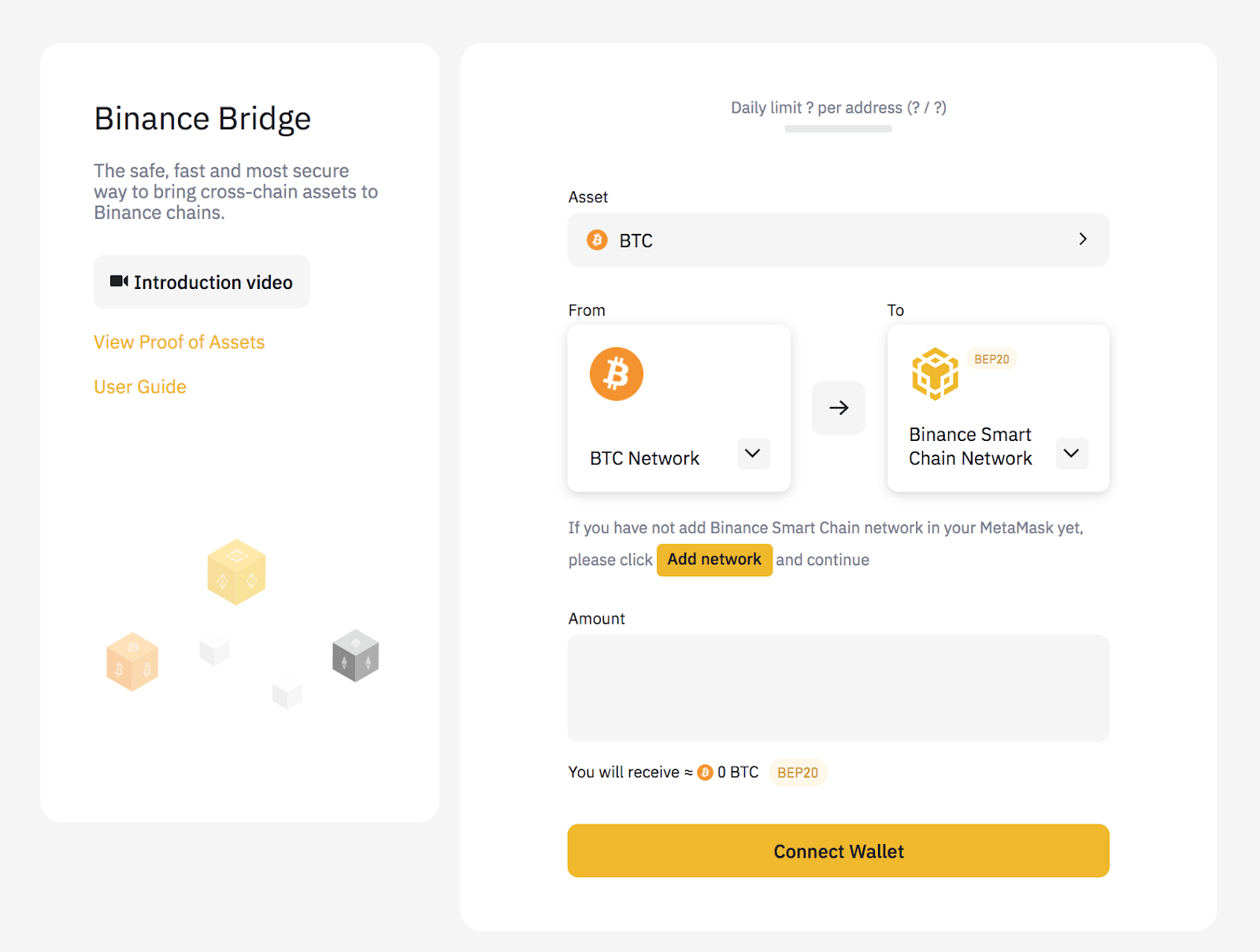 Step 2: Once having the wrapped coins in your personal wallets (e.g. MetaMask or Trust Wallet), you will be able to shield the wrapped coins to private coins as you used to do with ETH/ERC20 tokens decentralized shielding.

Step 3: You can transfer the shielded wrapped coins privately or swap anonymously over the Incognito network.

Step 4: The unshielding experience for the shielded wrapped coins from Incognito to Binance Smart Chain would be similar to what you’ve done with ETH/ERC20 tokens before.

Step 5: To convert wrapped coins from BSC back to public coins on a public network, you can use Binance bridge again. 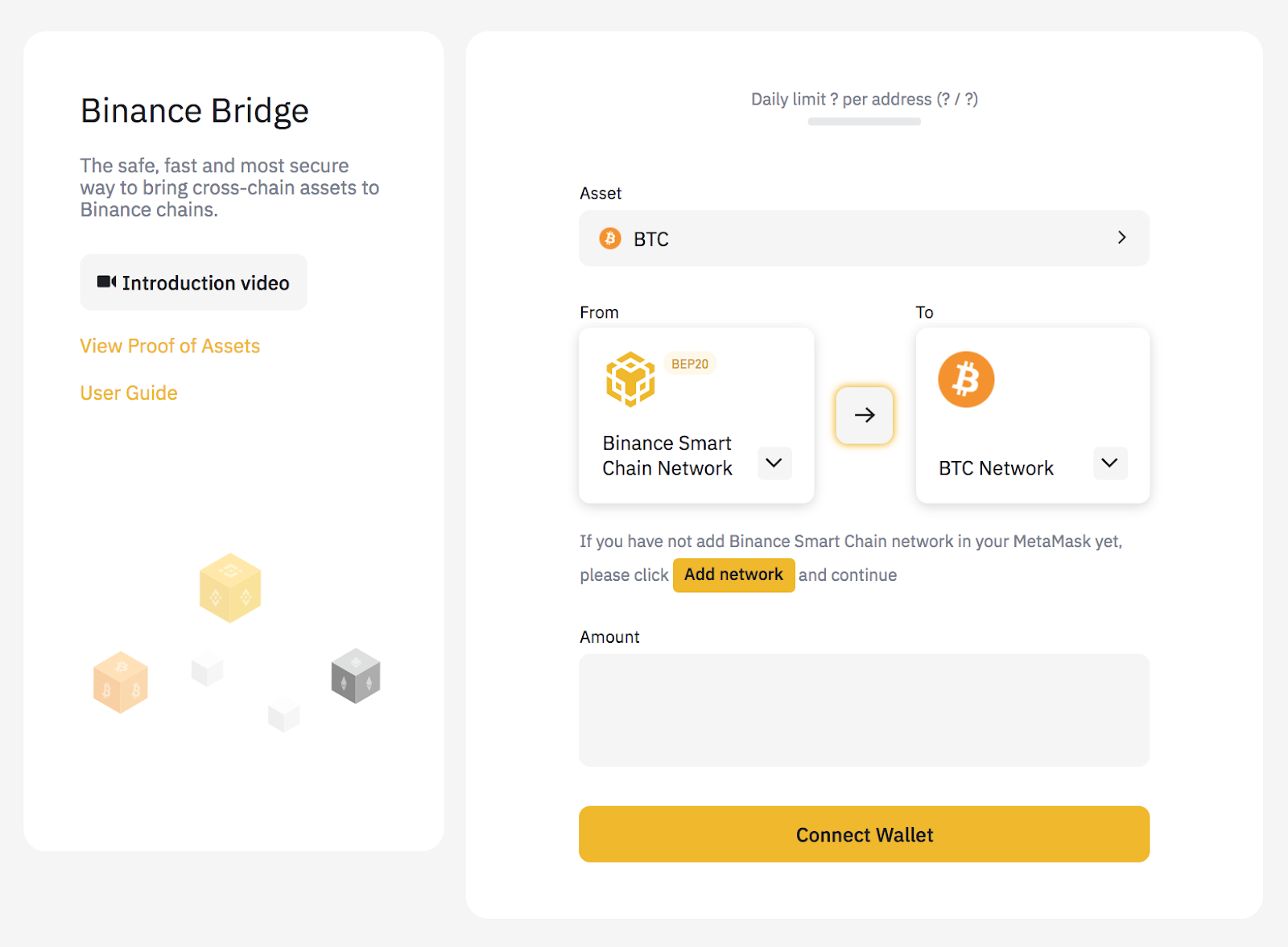 Because BSC is EVM-compatible, it launched with support for the rich universe of Ethereum tools and DApps. In theory, this makes it easy for us to port Incognito - Ethereum bridge to Incognito - BSC bridge. It’s just a matter of tweaking a couple of settings and the technical designs for the proposal would be the same as here (the bridge) and here (the pEthereum).

The code will be completely open source for both protocol and wallet app.

Thank you to the team!!! BSC bridge is everything! We will be ahead of the whole planet!
And let’s say goodbye to Vitalik:)

@duc What do you anticipate the workflow will be like for US-based users?* I believe US users are barred from legally transacting with the Binance Bridge.

An example – a hypothetical US user could trade pUSDT-ERC20 for pUSDT-BSC on Incognito. However they would not be able to unshield that pUSDT-BSC to the cheaper BSC network. They could certainly trade the pUSDT-BSC for another pAsset they can unshield such as BTC, LTC, XMR, etc. But they could not unshield to the public BSC network.

It is not the intent of this proposal to offer an alternative BSC workflow away from the Binance Bridge.

I don’t get why US users cannot Binance Smart Chain. It is decentralized (ignoring some debates) like Ethereum, EOS, or some other chains. How can they ban BSC apps? Or do they just ban URL of Binance Bridge? Could you give some details?

Since I don’t understand the problem exactly, I may provide a non-sense link but will try

For example, doesn’t the method in https://cryptocurrencyfacts.com/how-to-use-binance-smart-chain-if-you-cant-use-binance/ solve US citizens’ problem?

Legally? No. Technically? Sure. But the technical howto wasn’t the issue I posed. 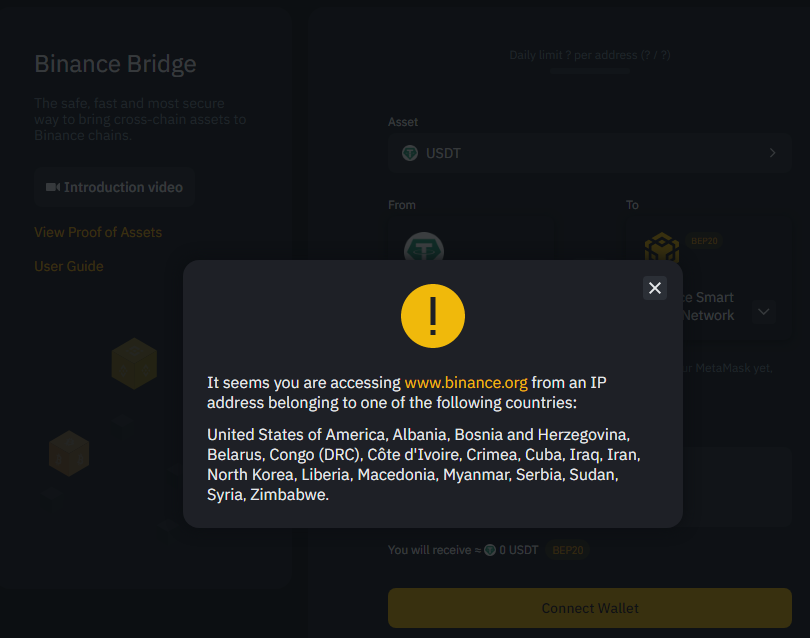 I believe it’s important for US residents to understand that accessing the Binance Bridge is a violation of Binance’s TOS. However small, it would not be without some potential risk. It only takes one DNS leak to expose a US IP, and potentially lock an otherwise unrelated – but signed in on the same session – Binance.com account which momentarily pings binance.org/.com from an unmasked, unsupported IP. It’s very unlikely any legally uncompliant user would be at risk for action from a JHA, but in the future – who knows? Some of the more prominent 2017 BCC YT shills are quite recently facing legal consequences.

As I see, Binance thinks BSC may create legal problems for Binance itself and US users. OK but why? I don’t understand this part. Binance can use other domains for BSC but it does not use. Do they think this will not solve the problem? If so, this means that US users cannot use other bridged networks such as Polygon/Matic, xDai but as I know US users can use them. If US users can use them, why can’t they use BSC? Is it just because of pinging some domain names containing “binance” word? I’m a little bit confused

If US residents use the service – no matter the service’s physical location – the service would fall under FinCEN’s jursidiction. This is exactly what tripped up Arthur Hayes & BitMEX. HQing BitMEX in Seychelles does not insulate BitMEX from compliance with US securities regulations when US residents are allowed to use the service.

The .us exchange is setup and operated 100% independently from the .com exchange so that it can comply with US regulations without affecting the main .com exchange. The name and a few technologies are licensed from Binance.com to the independent company – BAM – that operates the .us exchange. It is that compliance which limits the type of assets that can be offered to US residents. All of the assets that are available on the .com exchange but not available on the .us exchange are generally assets that do or may fail the Howey test for securities; or tokens are offered as part of an ICO or any number of other reasons that run afoul of US securities, KYC, AML, etc rules.

… tokens are offered as part of an ICO or any number of other reasons that run afoul of US securities, KYC, AML, etc rules.

Ok, I understand these but my confusion is on BSC vs other chains. I think I’m stuck language barrier since English is not my native

So let me go through an example. Let’s say that a cross-chain token that fully complies with US laws is created. Different amounts of its supply are on three chains (BSC, Ethereum, Polygon/Matic).

US users can trade/transfer it on ^^^ since it has no owner (i.e. decentralized)

If someone or I build another “decentralized” bridge that does not use any Binance entities, will BSC be legal for US users in “my sample case”? If the answer is no, what makes BSC different from the other chains for the token fully complied with US laws?

If someone or I build another “decentralized” bridge that does not use any Binance entities, will BSC be legal for US users in “my sample case”?

Sorry for the late reply and thanks for pointing out the problem. I was searching around for the past few days (I guess you did as well) to figure out an alternative workflow away from Binance bridge…

So the point here is that somehow a US resident can take binance-peg tokens (e.g. wrapped ETH) not through Binance bridge. I think there are two potential solutions (in an example of ETH):

What is your thought of Trust Wallet workaround?

A pBSC based token could still be acquired and traded by a US user, as long as that asset stays within the Incognito network? (Or a public BSC network becomes available to US users.)

Absolutely, there is no restriction within the Incognito network.

The non-VPN workarounds I have found so far are:

I haven’t tested either method however. I personally have additional roadblocks to acquiring BNB in the first place, lol.