It was about Privacy on the blockchain with David Chaum (Privacy advocate / OG Cryptographer), Ben Wenger (Chief Engineer at xx.Network) and Aaron Welwood (Community Liason at xx.Network). Below is the tweet: 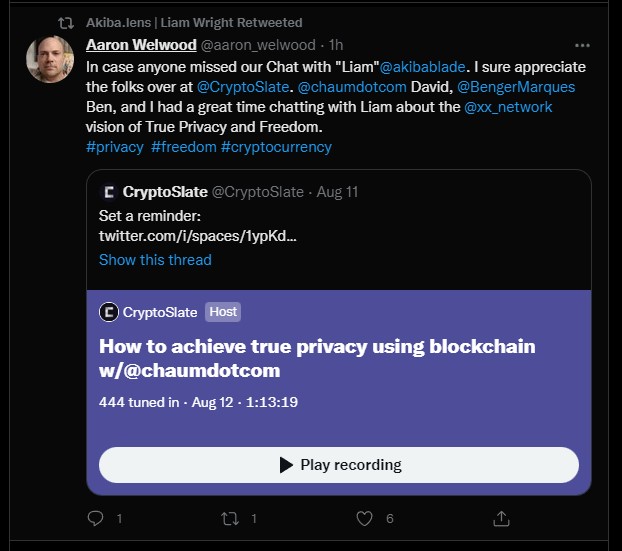 This was hosted by Liam of Cryptoslate.com (Twitter @cryptoslate) who did a great job moderating the discussion.

IDEA: I’d recommend the Incognito Growth Team reach out to Cryptoslate to do something similar, either an article piece and/or Twitter Live Spaces discussion on Incognito Network to help spread the word on this amazing project.

Cryptoslate are a young (4 years old) YouTube Channel - https://www.youtube.com/c/CryptoSlate/videos
hence they may be more open to doing an interview for their channel.