This is no longer true in Privacy V2 because we used one-time addresses to strengthen receiver anonymity. Each of a user’s output coins will now be assigned a unique public key. As a result, the full-node cannot determine whether two output coins belong to the same or different users. And thus, the full-node will be unable to respond to a user’s request for output coins.

One approach is for full-nodes to cache a user’s output coins once the user submits his or her OTA key, allowing for quick retrieval. The full-node may then scan each output coin and identify if it belongs to this user or not. However, determining whether a coin belongs to a user is costly. That’s why we allow a full-node to run with two modes of operation.

Next, we describe in detail each of these modes of operation and gives a brief comparison between the two.

image2946×1314 132 KB
Figure. For the passive caching approach, any output coins received before your OTAKey is submitted will be “lost” in the view of the full-node. Instead, in the later approach, they will all be recoverable no matter when you submit your OTAKey.

In this mode of operation, the full-node only starts caching a user’s output coin after the user submits the OTA key.

Consider the following example, suppose that Bob sends a UTXO (say UTXO A) to Alice at block height 10, and at this time, Alice has not submitted her OTA key to the full-node. As a result, the full-node has no idea that these coins belong to Alice. 10 blocks later, i.e, block 20, Alice tells the full node to cache her coins. And right after that, David sends another UTXO (say B) to Alice. Now, if Alice queries her output coins from the full-node, the returned result only acknowledges the UTXO B (since the UTXO A has been “lost” in the view of the full-node).

Here is a summary of this approach.

As we can see, the previous mode does not provide much flexibility and creates a poor user experience. That is, if a user fails to submit the key, he/she will be unable to retrieve the balance through the full-node. As a result, we introduce the enhanced mode to assist the full-node owner or anyone else authorized in retrieving their total balance.

Consider the previous Alice example. In this case, she will be able to retrieve both UTXOs A and B if she utilizes the enhanced mode.

Here is the summary of this mode.

Run a Node with Cache

There are two ways to run an Incognito node with the cache, from the flag command or from the config file.

Add the following flags to the command (remember to add the indexeraccesstoken flag if you want to run the cache with the enhanced mode).

In addition to the flagged way, from this commit, it has become much easier to run a full-node within the Incognito network, simply with a make command

For example, if you want to run a full-node within the main-net environment, run the following command

The configurations and parameters for each environment are located inside the config package. For each folder, there are a config.yaml and a param.yaml files.

Now, to run a full-node with a cache, add the following entries to the file config.yaml in the environment you want to run the node.

Finally, to retrieve the output coins from a full-node after submitting an OTA key, we use the RPC listoutputcoinsfromcache, instead of the old listoutputcoins.

We have shown how a cache can help a remote node retrieve output coins on receiving users’ requests. There are two methods a full-node available depending on the node’s performance. We summarize the differences between the two methods in the following table.

In the next post, we will discuss about conversion transactions, which are special transactions that convert UTXOs from version 1 to version 2.

For active caching, you can use the community full-node with the following information:

How can I delete the cache for a submitted key via submitkey RPC? Is it possible? via RPC or filesystem?

No, we don’t have that option just yet.

Is after submitting the OTA key and access key I can get the balance of my node??

Because currently, I am unable to get it.

Did any error occur to you or did you get zero balances? Usually, if you configure your node correctly and the submission is error-free, it will take a while (~10-20m) for the output coins to be fully cached. After that, you are able to retrieve your balance.

Hello @daniel @khanhj @Jared
I have a Query
So in order to run the “getbalancebyprivatekey” RPC call, we have to submit the OTA Key.

Next, we describe in detail each of these modes of operation and gives a brief comparison between the two.

Figure. For the passive caching approach, any output coins received before your OTAKey is submitted will be “lost” in the view of the full-node. Instead, in the later approach, they will all be recoverable no matter when you submit your OTAKey.

So here’s the description of the key submission. If you only submit OTAKey (using the default mode), then you’ll only be able to retrieve output coins from this point. All other previous output coins are not retrievable. Therefore, if you run an own fullnode, try to configure the full-node with an enhanced cache and use the authorized submission method.

and from where do I get the access token?

It is the token that you define when you set up your own full-node.

I know where can I find the OTA Keys but I have no idea what access tokens are and how do I generate them?

The instruction on how to set-up the access token is presented above.

Run a Node with Cache

How can I delete the cache for a submitted key via submitkey RPC? Is it possible? via RPC or filesystem?

No, we don’t have that option just yet.

I’ve seen func (ci *CoinIndexer) RemoveOTAKey(otaKey privacy.OTAKey) method while examining the code. Will it be enabled via a RPC soon? Or isn’t it implemented correctly yet?

It is only used for internal calls at the moment. But if there’s a demand for it, we will enable an RPC call soon.

Indeed, I need it so much.

Hello Daniel, Thank you for replying. I had a few queries.
If I am not running a full Node how do I get an access token? It seems like to run enhanced mode ie active caching I have to run a full node. Is there a way I can get an access token without running a full node?
In the comparison chart, I see Passive caching is for Validators/Shard/Full Node. While active caching is only for Full Node owners. Does that Mean validators do not get access to Active Caching? @sid @Gaurav_Saini

Does that Mean validators do not get access to Active Caching?

You can totally set up a validate node with the active caching. However, it is NOT RECOMMENDED due to the following reasons:

Hi @daniel
This link is not working can you please share the community full-node or any other link for check it.

This link is not working can you please share the community full-node or any other link for check it.

Hi @Gaurav_Saini,
The above is the community full-node, and I have just made a quick check, it’s still fully functioning.

I am submitted OTA Key but still i am not able to get the balance please check my screen shots. 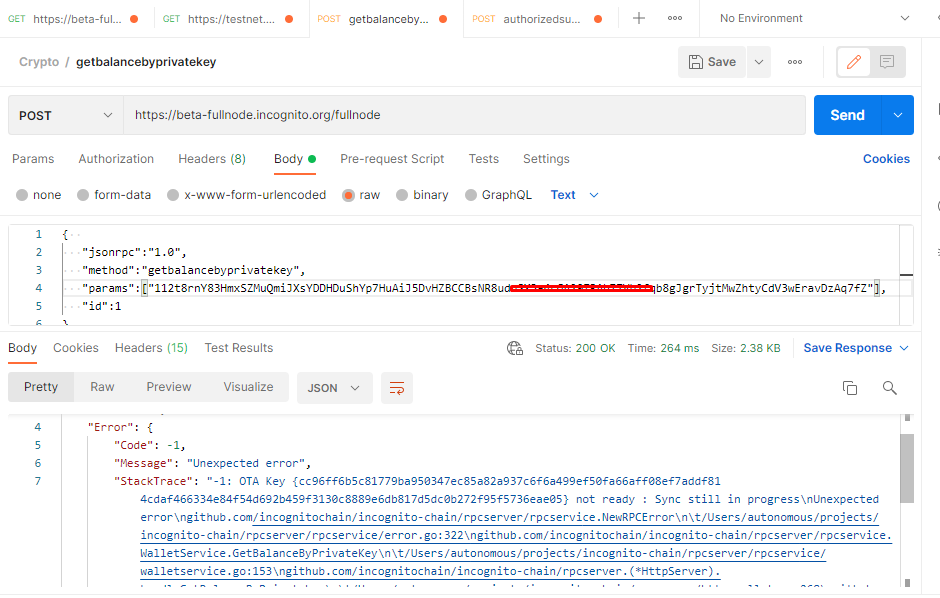 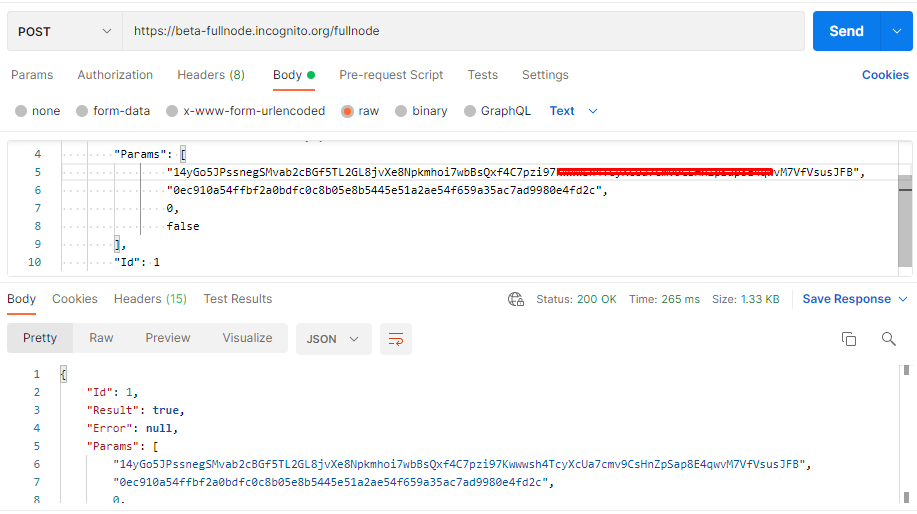 Give it some time, the error says that the syncing is in progress.

Again, sending your private key via an RPC call is NOT SECURE, and thus NOT RECOMMENDED. If you don’t want to use the mobile wallet, consider using the CLI tool (or the go-sdk) for better security.