For the past two weeks, I have had a lot of problems with my nodes. I have had mass slashings and lost rewards as well as time because I have had to restake them. The reason for this is that I was not prepared for the new larger committee size. I’ve always pushed my hardware to the limit and have been doing so successfully over the past year. When the committee size increased, it meant that my nodes started going into committee more often and also stayed active longer. Combined with the ever-growing size of the full blockchain, my hardware reached its breaking point.

Since the approach of this thread has always been focused on real-world empirical data, I will not recalculate or compensate for any of these problems as it is part of the reality of hosting a validator. Shit happens.

I’m currently in the process of building a replacement server and testing out the new database modes, trying to find a new balance of how hard I can push each host. Over the next couple of weeks, I hope I can get my nodes stable so we get more accurate earning numbers.

Now for the good news, as @SPAddict25 would have put it…

Despite my hosting problems, my nodes are earning like crazy! I had to double and triple-check my numbers, but they are correct. It’s a good time to host validators!

We can also see that I’m not the only one that has realized this, because we have almost 150 new nodes in 12 days.

Being a node validator now allows you to enjoy the feeling of earning a yield akin to investing in a defaulted emerging market bond where el presidente has fled away in exile.

What a time to be alive

Is it still 1750 to run a node like it was last year? Now that PRV is cheaper it is now significantly cheaper to start one up right? Sorry, I haven’t been on forum in about 6 months or longer back when PRV was around $3.

Yes 1750 prv to start your own vnode. Plus a super small amount for transaction fees i.e. use the faucet or just have an additional 0.1 in the account.

How about an update guide for setting one up. I haven’t been on the forum in a long time so I’m sure it’s all new. Was hoping to host one from a NUC or computer at home instead of buying VPS space

This is exactly the stats I have from my current records.

Average PRV earnings per node is up almost x2. Before I was averaging about 17PRV per node, per week, over an 8 month period.

As more nodes come online, this will obviously decrease. So, good to be or become a validator right now.

Ya, its insane right now. i don’t have my numbers, but I know it is a lot more than a couple months ago. Decided to turn my forthcoming earnings in to new nodes instead of cashing out like I have been. The re-investment seems worth it currently.

Hope these numbers stay like this for the foreseeable future!

After having another 6 nodes slashed and restaken on my old server, I finally got fed up and decided to retire it. Those nodes are now running on new hardware, using the beta-version with lite database mode and ffstorage enabled. There are still memory leaks in the beta version, but as a workaround, I restart them periodically.

I’ve found that it delivers extremely consistent vote results. As seen in the last_votes column in the screenshot below, I have 100% on all nodes on this server, which I must say is actually a first. 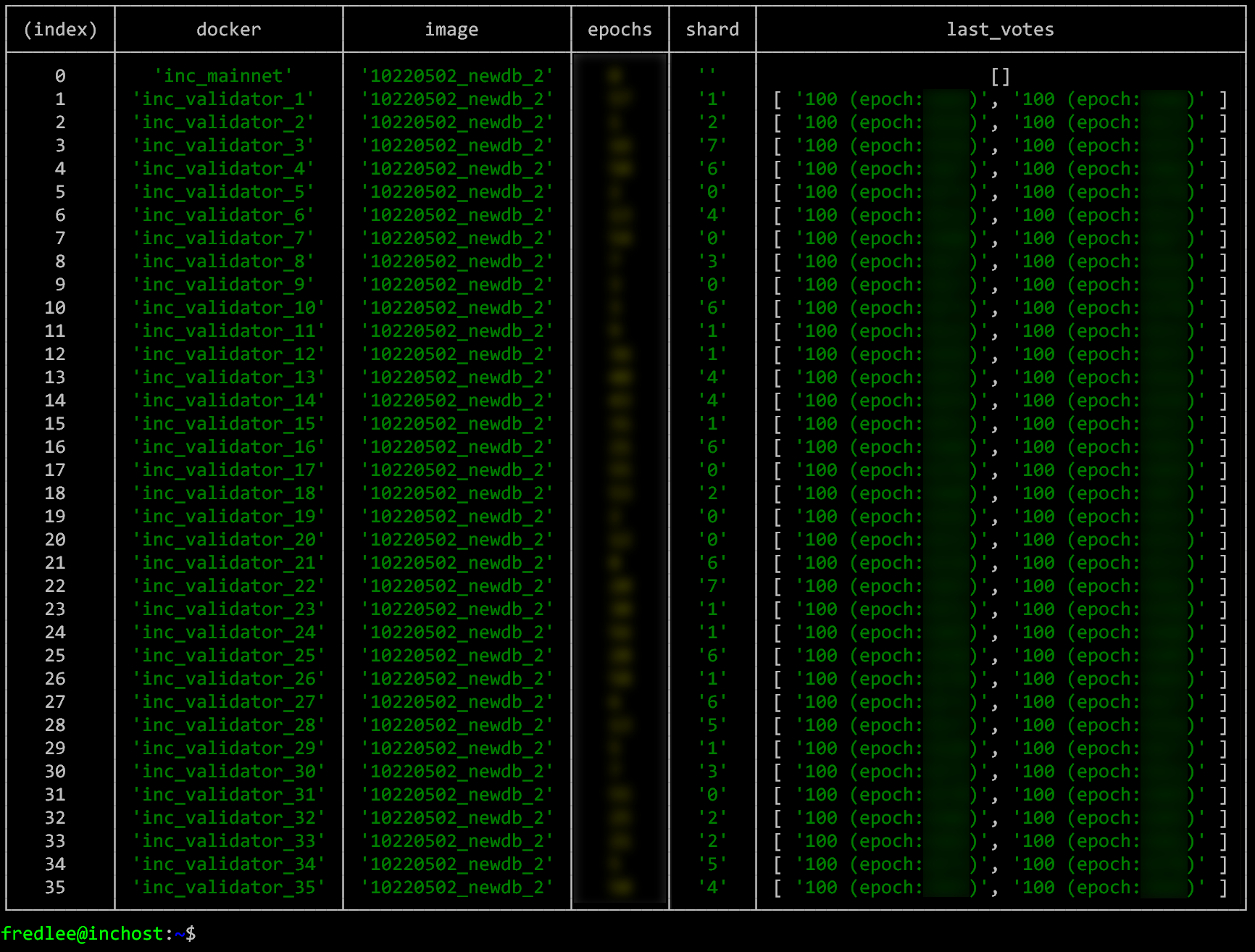 Now for the numbers… I realized two problems with my calculations and have adjusted the past number down from 89% to 83%.

All in all, still insane earnings and a very good time to be hosting nodes!

Thank you @fredlee for putting this together. It is a great reference post to share with potential new node hosters.

These past weeks I have restaked every single one of my nodes. This resulted in them being placed in sync pools for 25 epochs and I lost some earning time because of it. Despite this, the numbers are holding up well

So why did I restake them all? I talked about it here previously. But in short, I wanted to separate my PRV funds from my nodes by putting them all under a different master key.

Now my nodes are running smooth, with no slashing and I have no plans to restake or restructure in the coming weeks. Time to break a record!

Looks like 93% was the peak, now we’re, unfortunately, dropping in both PRV and $. Pending queue has increased by 7% due to new nodes coming online. We also dropped 20-25% in reward on some shards for some reason.

The drop in PRV rewards seems to be localised to shard 5. Shard 3 is now back to normal earnings rate.

I honestly do not know what happened this past week but my numbers are up quite a lot. I double and triple checked them. Could be because I had to restake some nodes previously and they are now all back earning. I’ll post new numbers in 10 days and we’ll see how it’s going.

Looks like the last rounds high earnings was a fluke. Now back to 84% APR. There has also been a 10% increase in the amount of active validators and I’m getting 78+ Epoch pending times now, so we most likely have an earnings drop coming.

I dont know my exact numbers, but I am definitely seeing a higher “Pending” epoch number after earning. some situations high 60s, something i had not seen before. Pretty sure I am earning less than a couple of months ago.

I dont know my exact numbers, but I am definitely seeing a higher “Pending” epoch number after earning. some situations high 60s, something i had not seen before. Pretty sure I am earning less than a couple of months ago.

This is by design and as expected. As the number of nodes increases on the network the rate at which nodes earn decreases.

When? It was originally scheduled for May this year.

Brrrrrrrrrrr ahh. What a wonderful sound.