An unofficial community Discord server has been created. Head on over, and say hi! We need your help to grow the user base on that platform and raise awareness of this awesome project.

The unofficial Incognito Chain Community Discord can be found here .

I think Community Discord should create by core team, then no fake no fud information can ruin your day

cool! thanks for doing this.

i think it’s great that it’s a community-run initiative (eventually the core/community divide should dissolve completely). imo telegram should be too, hah. for the sake of focus, most core activity is on the forum, but people should be able to talk wherever they want.

we don’t really get a choice for platforms like twitter, but my only comment is that maybe the admin shouldn’t be named ‘incognito’ as it could be perceived as core/official/‘a company’ - that could be confusing for newcomers.

right now, the project is moving very quickly, spitting out lots of info and issuing constant updates. so i do think that it’s important to establish that that the core team won’t necessarily be around to add/verify content in discord, though I’m sure some of us (me at least) will be there to hang out sometimes.

we just need to make it clear that people should generally refer to the forum to check main topics and follow up with core team members if they need to - even if they decide to chat casually somewhere else.

I’ll change the name of the Admin and pin a post in the welcome-announcements section in regards to checking the forums for any new announcements from the core team etc.

Nice! @aaron can you get this added to next week’s newsletter and put it in the snippet we post on telegram/twitter?

Ok…I signed up and will visit from time to time…

Awesome! This is really great initiative and I hope it can achieve the “official” status sometime soon. A lot of people I know in crypto would rather join a discord and/or telegram over a forum so it’s a good step towards more awareness and adoption of the project I would say. And discord > telegram lol.

Nice, I signed up

Sweet! See you around.

Your Discord link has expired.

Pls share a Discord link that does NOT expire.

Sorry about that, please use this one: 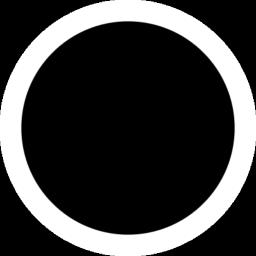 Check out the Incognito Chain community on Discord - hang out with 72 other members and enjoy free voice and text chat.