Contabo has been driving me crazy lately - seems like I’m getting throttled / root machine congestion on a couple of servers. CPU keeps maxing out and the slashing commences! Are there any decent alternatives to Contabo?

Additionally, @abduraman I believe you experienced something similar. How did you solve it? I’m hesitant to go back to Contabo and ask they take a closer look since crypto mining usually is a breach of TOS for most VPS providers (Vultr busted me previously

Also @Jared what would are reasonable rule of thumb for specs needed on a VPS assuming say 5 - 10 nodes. Assume that I’m using the SSD space saving script

It’d be good to know ball park what you need for CPU / SSD / RAM etc.

Such Wow. Such Life.

I’ve been in the same boat as you. Lately, my Contabo servers are causing me much headache and it seems I have to spend a lot of my day babysitting them.

I believe with the last docker tag release there was a slight resource usage increase that highly relies on true SSD speeds and Contabo seems to throttle at most users at 40Mb/s. If you are lucky enough to get someone on the phone (expensive Germany number) you can get them to take off the throttle which will give you speeds of around 300 - 500 Mb/s. This is not a guaranteed fix as I believe they are throttling other aspects of the SSD and potentially CPU and RAM as well.

You can test your server with the following, just make sure nothing is running or it might skew the results:

Luckily, Contabo is pretty nice and doesn’t outright ban crypto, only high usage crypto. I believe we fall under their Ethereum category of Proof-of-Stake since we are only randomly selected and it does not require many resources. 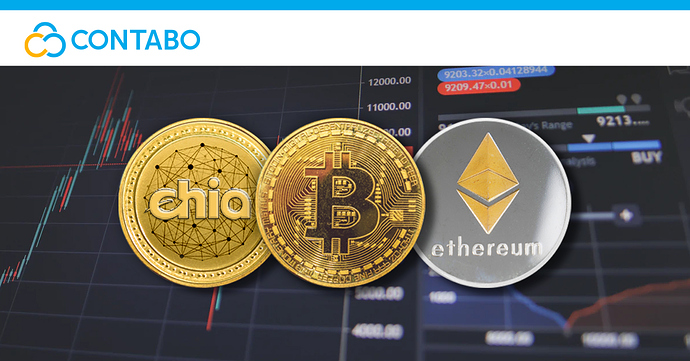 Cryptocurrencies and Contabo Servers - An Overview

Find out how your cryptocurrency and our servers might work together.

It’d be good to know ball park what you need for CPU / SSD / RAM etc.

I’ll start with RAM. You want at least 2GB of RAM per node.
In terms of CPU cores, it is rather hard to say for sure as it depends on how many nodes are earning at the same time and what all is running on your server. I would generally just go for as many as possible while meeting or exceeding the RAM requirements. For the SSD you want as large of a drive as possible but as we’ve seen lately we need to be cautious about throttling from the host provider.

Good news. Seems my complaining and nagging has paid off. I’m able to slowly bring my nodes back online one by one as they move into Sync State Latest.

When this all started I was only bringing up nodes that were close to earning.

LOL that sounds like the biggest pain in the neck. Working hard for that

I think I’ll go down the complaining path