Hi. Checking in to see about adding EPIC to the Incognito platform. What comes next?

Could you please be more specific about $EPIC? Do you have any connection with core-team so that we can discuss about the possibility of adding EPIC as well as the afterward co-announcement campaign?

I’d strongly vouch for adding $EPIC cash to the Incognito ecosystem. I think the core values of Incognito and Epic Development team are very similar.

I’ve been following this project for a little while now and it’s one of the BEST privacy coins that is closely aligned to the Bitcoin Whitepaper.

If you want to learn more about EPIC cash and it being a much better version of bitcoin, please listen to this recent Twitter Spaces recording -

You can also learn more by visiting their homepage: https://epic.tech/

Here’s a clip from homepage to spark your interest… 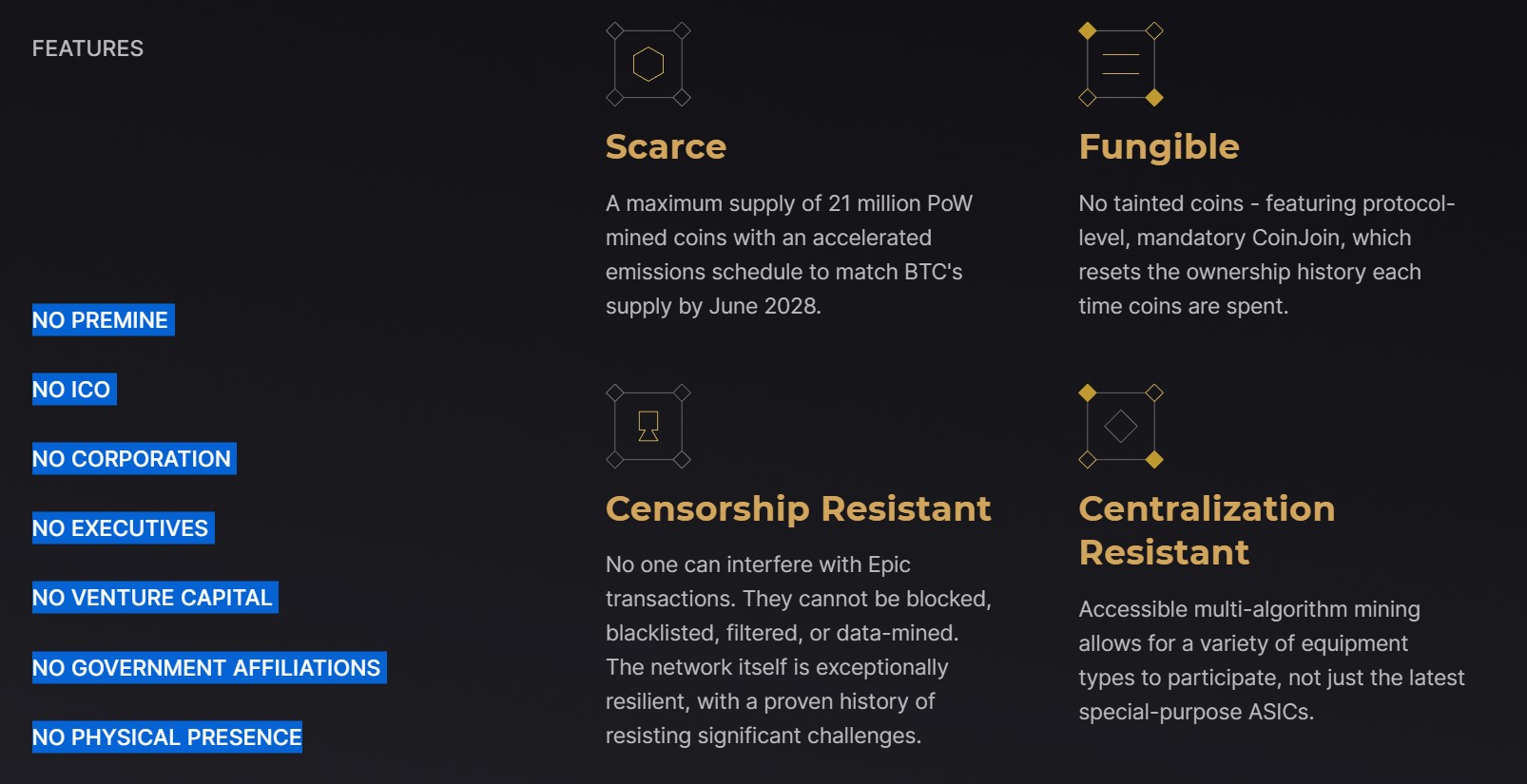 Hey @Jared, I think you may be interested in the above project too as you’ve shown interest in privacy related projects.

Hey @Jayce_Nguyen, we can discuss more on our scheduled phone call about this project.

Welcome to the Incognito Community!

I’m very happy that someone from Epic Cash has reached out to have the coin added. It is a great project and one that nicely aligns with many of Incognito’s core values.

I have been a long time Incognito User and supporter of this project. I’m not very technical, but this community has been super helpful. I learnt how to use Linux (for the first time) and setup a node with the help of many in this kind community.

Please do share more about Epic Cash so we can learn about this amazing Privacy focussed project.

Hi Jayce, nice to meet you. Thank you for responding. I reached out a while back but my own bandwidth resulted in me just being another cat in need of herding… hehehe

@ozvozz made a nice Twitter post and that ended up jogging my memory about the intention of the EPIC community to connect here. So, Thank you @ozvozz whoever you may be!

We’ll get there. I’m tuned in a bit better now.

Yep, EPIC is at the top of my crypto interests. I’ve never been so plugged into a crypto community. I have learned a lot about money, crypto, and people. And probably many other things lol. Hive mind sort of stuff.

If BTC is Gen 1, Monero Gen 2, I would say EPIC is Gen 3 crypto with more adaptability to transform into future generations where people appreciate privacy, scalability, and sound economics. Of course, one coin can’t do it all so that’s where the ecosystem of Epicenter DAO digital assets come into play.

A few months ago I spun up the incognito app on my phone and it looks really good. I also briefly engaged in some chats about how to integrate. And that’s where my bandwidth dissipated.

Thank you. Looking forward to it!

Can anyone advise what next steps would be required to integrate EPIC on the Incognito app/exchange?

We’ve been discussing the pros and cons to proceed further. Because in this market stage, our resource is not as much as before. It requires us some time and resource planning to make decision. Before that, I want to ask If EPIC Cash can offer any Grant or Sponsor/ Support for Incognito to kickoff the work ?

A little bird told me that EPIC can be the “next big thing” so we want to explore all the incentives/ sponsorship/ supports available. Hope you can guide me through.

Our internal community fundraising works through this website: epicfundme.com

One of our community members just had a live stream today to promote an interview with an up and coming YouTube channel in which will interview the founder of Epic Cash, Max Freeman.

For reference and to see what a good epicfundme page can look like:

And this is a link to Uncle V’s livestream from earlier today:

Quite a few EPIC was raised quickly in this fundraiser but there was some planning and coordination before that. Basically there was already some community support. Just saying this to temper expectations. It can take some time to cultivate relationships.

I’m sharing the link to this forum with my community and will seek more input from them here to learn about how this partnership can be beneficial.

I think there’s a fantastic opportunity here. Let’s mingle our communities and see what comes!

Hi Izlo,
I met Freeman, on a Stack Wallet chat, he is passionate. He published a very interesting pdf on Epic.fr but in French
(E3_ EPIC Blockchain Protocol - French.pdf)
Do you have the English equivalent?
I found a link on Google but problem with the server, impossible to download

It’s ok, I’ve been given a link.
All the docs are here (multilingual)

What I find interesting is the protocol Dandelion++ that protects IP addresses
Here is an overview: 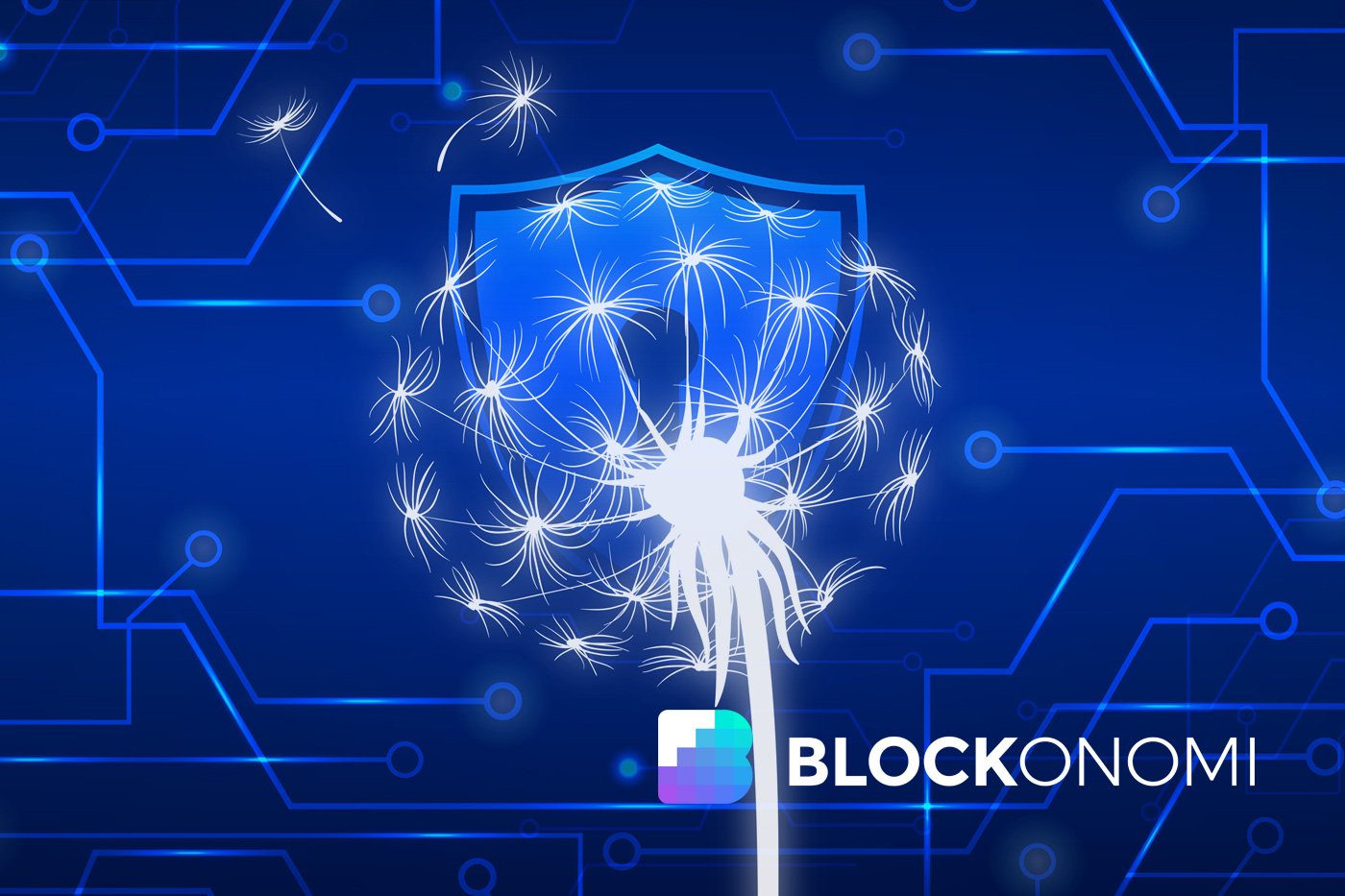 What is The Dandelion Protocol? Complete Beginner's Guide

The Dandelion protocol is an anonymity solution that was originally proposed in 2017 to help improve on Bitcoin’s P2P network privacy.

We would be delighted to help get EPIC trading on Incognito. Please reach out at t.me/maxfreeman4 so we can get you connected to people who can support you in this.

I agree, dandelion is cool but it’s not the really best thing about EPIC. For me the first and foremost is scalable privacy. The ability for Billions to hold EPIC and have a node on their smartphone because of the lightweight blockchain is next level stuff. Mining to a smart phone will also be possible.

But going back to IP obfuscation, Dandelion is good but not the full solution for privacy and security outside of the transaction. Nation-state actors or those with deep resources could do some interesting discernment to get close to identifying IPs. What I like about Dandelion is that it adds a layer to privacy and security. I’m a big fan of layered security as privacy and security ramp up exponentially as we stack technologies. So, add VPN, multiple VPN, I2P, all from a throwaway laptop that was booted from a nontraceable OS on a thumb drive.

All cool stuff. Good OPSEC. And it has very little to do with the actual transaction privacy. It’s important to differentiate where we are applying security methods. A VPN will not make for private transactions on the blockchain.

The purpose of private money should be to make the money part private. That’s what Mimblewimble does. Transaction data is not stored in the blockchain. There are initial portions of the transaction data that flies across the wire between peers and that’s where Dandelion, VPN, I2P, etc comes in. But once the transaction is finalized there is nothing to see on the blockchain, EVER. That’s what Mimblewimble does.

But once the transaction is finalized there is nothing to see on the blockchain, EVER. That’s what Mimblewimble does.

Didn’t know this. Will examine but I wanna ask. How do the users see their balance history? Or they never can.

It has been a while since I did a restore but as I recall a restored wallet does not show the entire transaction history. It’s not a per-transaction account. It’s more like groupings of restored funds. Probably per UTXO.

Hey @abduraman, I highly recommend you download the Stack Wallet from https://stackwallet.com which is a recently launched mobile wallet that support $EPIC and other coins like: BTC, BCH, XMR, DOGE, Wownero and others…

It’s available on iOs AppStore, Google Play Store and there’s even an APK for de-googled phone users (that’s the version I’m testing out on my Graphene OS device).

I’m sure once you get the wallet setup you could reach out to @MaxFreeman / @Izlo for how to get some EPIC from a Faucet. Sorry I’m new to Epic, just learning the tech myself.

MimbleWimble is pretty cool tech and you’ll be able to see it in action via the Stack Wallet.

Hey @Jayce_Nguyen @abduraman and others in the Incognito Community interested in learning about this Private Peer-to-Peer Internet Cash called EPIC.

It provides a nice summary on EPIC Cash and @MaxFreeman does a great job explaining how Epic Cash is closer to Satoshi’s Whitepaper than Bitcoin.