About the Incognito Community

Incognito is a global community of privacy-minded builders seeking to protect the world from surveillance and control.

We build privacy-protecting, blockchain-based financial products for the future of money. All of our development is open-source. Progress, idea generation and decision making are all publicly viewable at we.incognito.org.

Blockchains have introduced an entirely new asset class: cryptoassets. These cryptoassets use peer-to-peer technology to operate without central authority or banks. The management of transactions and the issuance of cryptoassets are carried out collectively by the users of these networks.

Bitcoin was the first cryptoasset; today there are over 1,600. People have started buying Bitcoin, instead of gold, as their long-term store of value. Stored under the mattresses of volatile economies, the world’s most desirable fiat currencies are being replaced by stablecoins, that can be sent and received with borderless freedom. Waves of startups now sell their native cryptoassets to investors, not equity.

For those who value privacy, cryptoassets come with a significant tradeoff. Transactions are recorded on public ledgers, displaying amounts involved, inscribing virtual identities of their senders and receivers. Given the choice, we firmly believe that very few people will willingly disclose their crypto financials to the entire world.

Existing solutions like Monero, Zcash, Grin, and Beam introduced their own version of cryptocurrencies that focus on privacy.

Incognito is designed so users don’t have to choose between their favorite cryptocurrencies and privacy coins. They can have both. They can hold any cryptocurrency and still be able to use it confidentially whenever they want.

If this development trend continues, as we believe it will, cryptoassets are likely to play a crucial role in the near future. It is not far fetched to estimate that cryptoassets will increasingly compose an individual’s net worth or a company’s balance sheet.

Incognito hopes to give these new assets and their owners - both now and in the future - the option to claim their right to privacy. 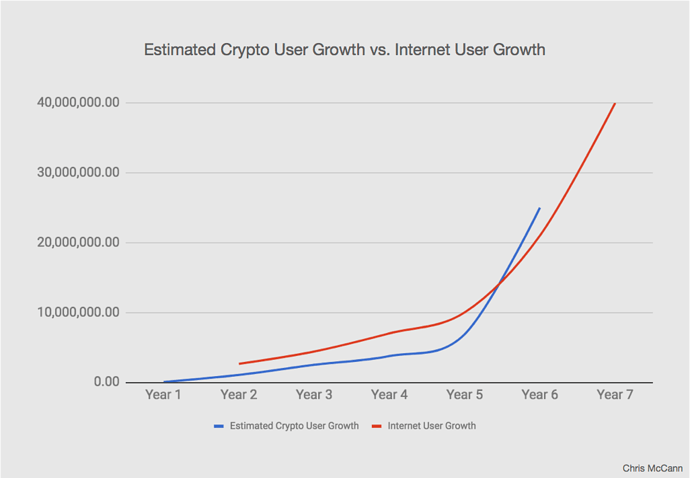 The founding team consists of a diverse group of 40+ builders. Over the past 2 years, this team assembled itself to tackle a real and pressing danger: the lack of privacy.

Our story is a patchwork of many. Thuc, a professor of applied cryptography at the National University of Vietnam, had been researching post-quantum cryptography, privacy, and randomness for the past 30 years before finally finding the perfect application for their research. Andrey, a physicist from Ukraine, founded Vincoin Cash, a privacy-protecting cryptocurrency, and decided to join forces with the team. Bao was the former head of engineering at Viettel, the largest mobile network operator in Vietnam with 110M subscribers spread across Asia, Africa and the Americas, and grew frustrated with the monopolistic practices of a huge state-owned telco. Annie was the project lead at Ninja, a crypto prediction market, and experienced firsthand from her users the need for privacy.

In the first two years, the founding team self-funded the project, wrote over 1 million lines of code, and shipped a number of foundational building blocks for the community.

2020 - Onward: To a diverse community of builders

2020 marks a shift. From a founding team of builders to an entire community of builders; each working to secure our right to privacy in this new world. From a few foundational building blocks to many privacy-first applications.

When we say builders, we don’t mean just programmers and researchers.

Are you… a graphic designer, a UI/UX designer, a copywriter, a hardware engineer, a cryptographer, a distributed systems researcher, a business developer, an operator, a financier, a programmer, a community manager, or just someone who understands other people and wants to give feedback on the latest app release? Welcome to Incognito.

Have a product idea? Start a topic in the Ideas category. Want to solve challenging research problems? Immerse yourself in the Research category. Want to build your own privacy project? Connect with your users and earn rewards in the Building category. Want to help work through the community to-do list? Check out the Wanted category, cross off a task and earn PRV.

Inspired by the structures and principles pioneered by Linux and Wikipedia, Incognito is adopting the Bazaar development model and building we.incognito.org as a community-driven privacy playground.

Development is not restricted to just the founding team. Anyone can have a good idea, anyone can build it. Anyone can fund it, and everyone now owns a share of it.

In this open model, idea generation, fundraising, development, and decision making are public, dynamic, and ever-evolving.

Incentive: PRV as a build token

PRV was originally designed as a work token, but can now be better understood as a build token. It makes sense that contributors to the network should own a piece of it, so PRV will be distributed to everyone who plays a part. These are the ways you can claim your share of Incognito:

We hope to grow the Incognito community to be an autonomous community. 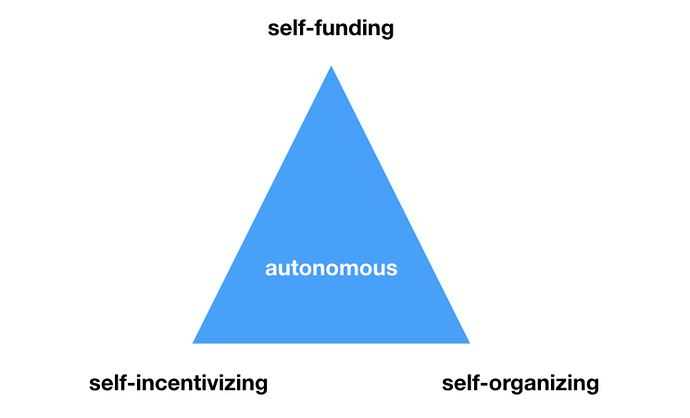 Self-funding. From a macro perspective, an autonomous community must ensure that it is sustainable both in the short and long term.

The founding team self-funded Incognito’s development for 2 years prior to the mainnet launch. A percentage of mainnet block rewards now goes to the Incognito DAO to fund the platform’s on-going development and operations. This autonomous funding model is designed to ensure the platform can independently sustain itself.

Self-incentivizing. From a micro perspective, an autonomous community must have an in-built incentive mechanism to facilitate long-lasting, large-scale collaboration among community members.

Self-organizing. An autonomous community must implement a bottom-up approach. Its members self-organize based on common goals and take necessary actions without requiring permission.

Here at Incognito, anyone can build their idea for a new product (for example, node cluster), a new feature (for example, incognito mode for smart contracts and dapps), a new service (for example, staking pools), or a new marketing activity (for example, stickers for Bitcoin ATMs). Anyone who builds anything the community deems useful will be rewarded by that same community.

Incognito is not just a wallet, a privacy coin, a salesperson, a company, or even a blockchain. Incognito is a conversation held among a global community of privacy-minded builders. All we’ve done is lay the groundwork needed to support this conversation. Now, all we need is for you to drop in and say hello.

I feel so proud to be here!

Thanks for your information.

Incredible to be here! This looks amazing, it is exactly what I was looking for.

Welcome to incognito! Glad to have you

I align completely with this premise, and let’s build on it to brighten our world.

Amazing!
I’m so excited to find this project and join the community! I’m a long time privacy advocate and entrepreneur and I’m excited for the future of this!

Welcome to incognito! We are glad to have you as well!

Hello, great to meet everyone

Welcome to the Incognito community

Welcome to the community @MAurelius4579…

Welcome @MAurelius4579 glad to have you! If i may ask, how did you find us?

My better half found incognito. I really can’t take the credit for that. Still, sounds like just what we need.

Thank you. Really good to be here…

Where can I find a roster of community-facing staff members? I would like to understand roles when anonymous community members speak authoritatively or take actions against Telegram users. Thank you.