A Multi-View Solution for PBFT Protocol

What problem are you solving?

Describe the pain point. What are the shortcomings of current solutions?

Proof of Stake achieves the consensus through a voting system which is implemented through a BFT protocol. The well-known BFT protocols are Tendermint, Hotstuff, PBFT which are bi-modal approaches: the protocol typically consists of a simple normal path where a leader makes proposals and everyone votes. When the normal path fails, the protocol switches to a much more complicated fall-back mode typically called a “view change”. The view change protocol must essentially embed a “full-fledged” consensus that offers both consistency and liveness. As such, the complexity of classical protocols arises due to the view change.

In this work, we propose a new approach that could overcome the limitation of view change approach.

What is our solution?

Why is it a good idea? What’s new about what you’re doing? The more details, the better. Sketches, mockups, demos, prototypes, videos, pictures - it all helps community members get excited as you are.

In the case of network traffic peaking, some nodes could commit a block, while other nodes fail to reach the commitment. The idea is on the network, nodes will maintain multi chain view in which the committee could choose the longest branch as a finality chain. For block aggreement, We use a modified pBFT protocol consisting of 3 phases.

After commit phase, the block is inserted into the multi-view graph in which there will be algorithm to select the block as final and the longest chain for next propose phase. The detailed spec will be announced later in the comment section.

We consist of 1 researcher and 5 enginneer at Incognito Scalability team (@0xkumi, @hungngo, @jason, @lam, @hyng, @duybao). Our research interests lie in building efficient blockchain that can scale to thousands of node.

Tell people why you’re passionate about your privacy project and committed to making it happen.

An efficient BFT protocol which takes into account the following conditions is still a challenge for blockchain community:

To design a new consensus that could solve these issues more efficiently than the view change approach is an interesting problem.

There are 3 parts to this plan:

How do you validate your work?

In the current network, when fork situation occurs, the fork block will be revert and network could be stuck for a long time. With this multi-view protocol, we allow fork block to insert into chain, and the block proposer selects the longest branch to continue. Hence, block fork will not make the network stuck. We expect to experience no delay during fork situation.

A simple breakdown lets community members know you’ve thought things through and have a workable plan, so they can trust you to use funds wisely.

The project will be undertaken by 6 engineers for 10 months:

To the best of our knowledge, Streamlet protocol is one of the approaches attempting to solve this problem.

This project is fully funded, and moved to the category ‘work in progress’.

Funds have been sent for February, and will continue to be disbursed every subsequent week dependent on progress.

Excited to see this develop. Please share your February update with the community!

We will not deploy this on mainnet on next week. On next week, we can only try it on localhost with enjoining of some tester to make sure that forcing issues not happen and all of the old features still work well. My suggestion team needs to contact @khanhj and ask him for a workaround automation test on local for all systems before using dev-net for official testing.

@thaibao
I’ll be happy to help!

The branch mutliview-newdb is ready to test. We hope the QC team can test all flows soon.

Next week, we will watch for any issues related to consensus protocol after these nodes synced.

Next week, the team of Portal v2 needs to be reviewed 2nd for updating of custodian reward. So your team can use this time to review and test on local with the tester to make sure everything is ready for testnet. But your team does not worry about that. We can branch a new one from master-temp-B-deploy-db-v2 and merge your code into, in this way, we have good branch for testing your all features.

Sorry for this inconvenience

Next week, we focus on working with interoperability team to solve reverting issue.

Sorry about reviewing portal v2 (2nd reviewing for some issue reward custodian )late on last week base on portal v2 so that your team merged portal v2 also late. After reviewing code for portal v2. I see that portal team base a lot on the block by height 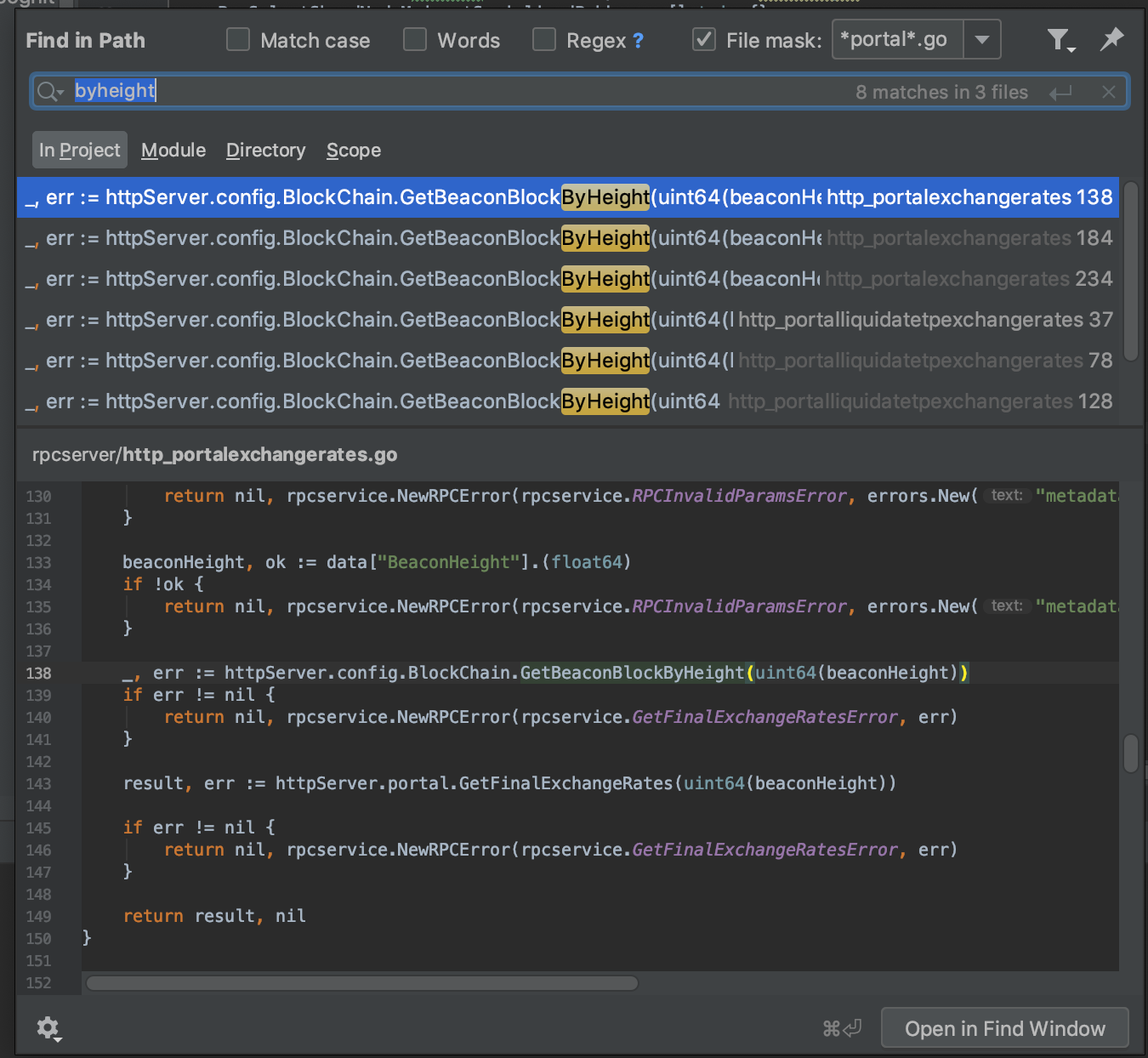 That means some business logic of them will conflict with the multi-view of this solution. Because they will use the wrong final state of the view. I think you guys will need to work together to get suggestions on how to make it work here. As @0xkumi said, portal v2 needs to wait for choosing the last state or process revert without waiting for the last state when forking. It needs you guys to ask and meeting for results.

This week, I will continue review on multi-view solution code(no portal v2 merging). I will give feedback later. Sorry for this inconvenience.

thanks @thaibao for your notice, other feature may counter this problem as well, so plz check this twice whenever you merge code. tks

I’m pre-reviewing base on this pull request. With 158 file and 188 commits, I think that I need to spend a lot of days to do it

. We know that this is a pre-review for multi-view solution coding, not final coding because you guys need to merge portal v2 for a finalized pull request. I will send some reviewing code for 1st fixing: 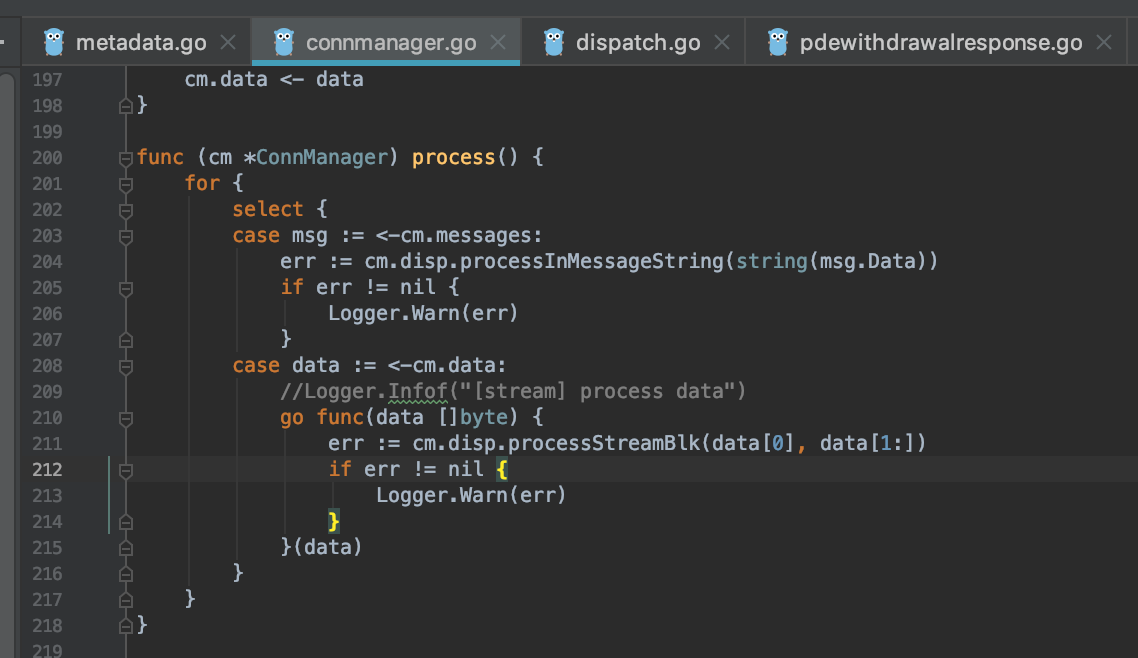 because this function is no longer used 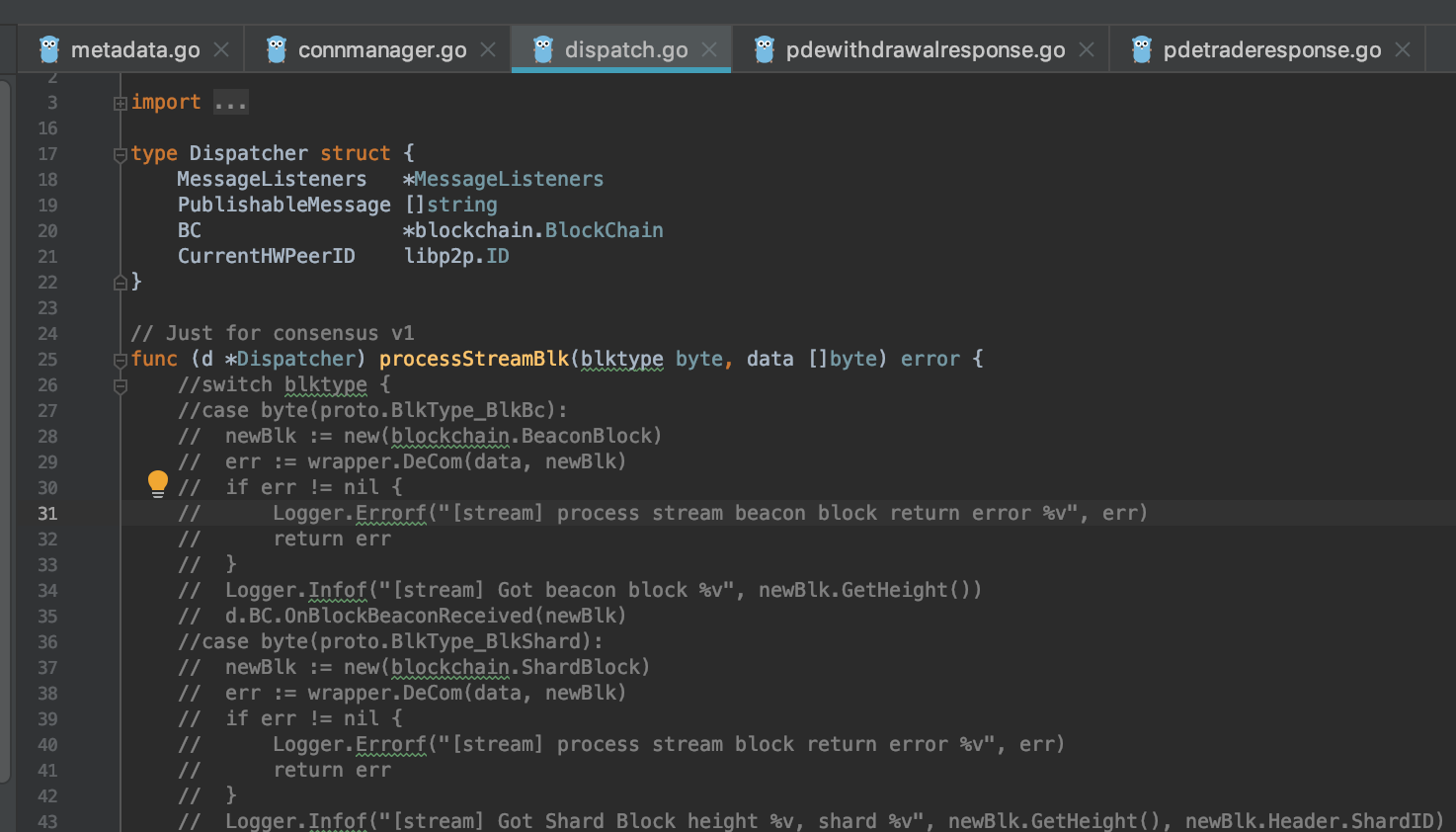 2/ shardID come from RPC in some case. So I think we need to check index of slice and nil pointer exception

because if RPC is invalid, the node will be crashed

and review where we use it 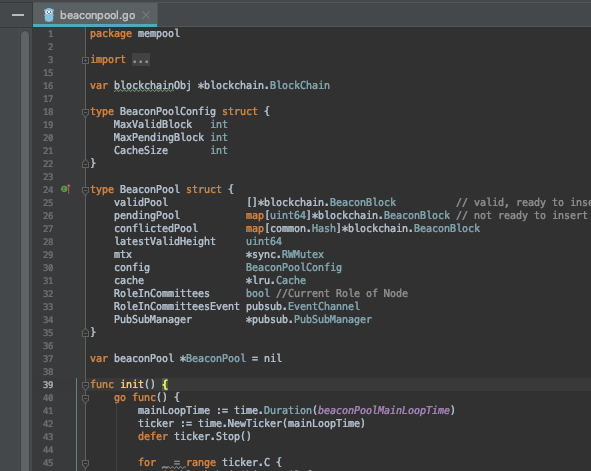 We can use blockchainObj as a field in BeaconPool singleton, right? Because any node also needs to get beacon, singleton beacon pool will handle this blockchainObj and shardpool can reuse it

5/ Many interface of server object is no longer used 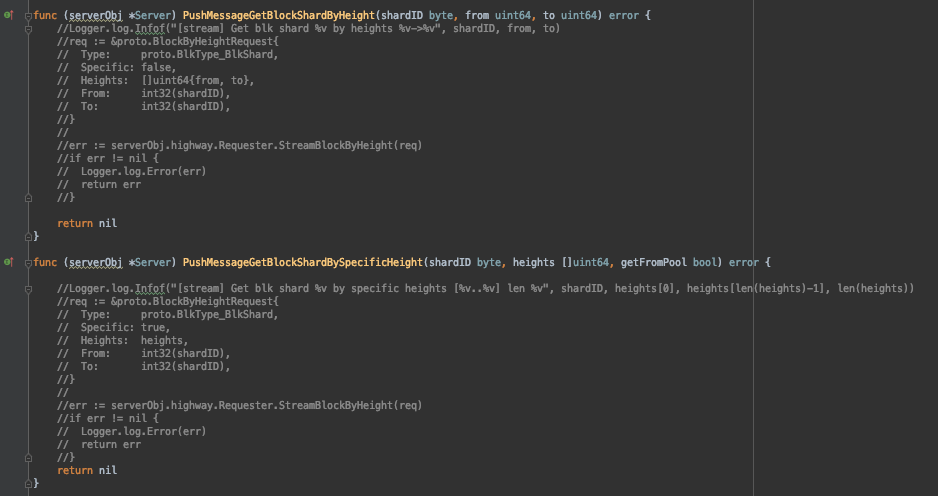 can we remove all of them?

2/ shardID come from RPC in some case. So I think we need to check index of slice and nil pointer exception

As i recalled beaconpool/shardpool/crossshardpool is outdated, no longer in use. @0xkumi plz very my answer

We will not use singleton pool in this version.

Next week, we want to test again the code with other features before deploying on testnet.