Thank you for your updates. I also wanted to highlight another observation. I received a notification a while ago indicating that one of my vNodes earned 0.028 PRV, which is unusual. I’ve also seen the rewards in the last two days appear offset from the usual 9.9, 18.8 or 29.7 PRV ranges. In some cases I’ve seen only 6 PRV from a reward cycle. The screenshot below is from the last few minutes ago. 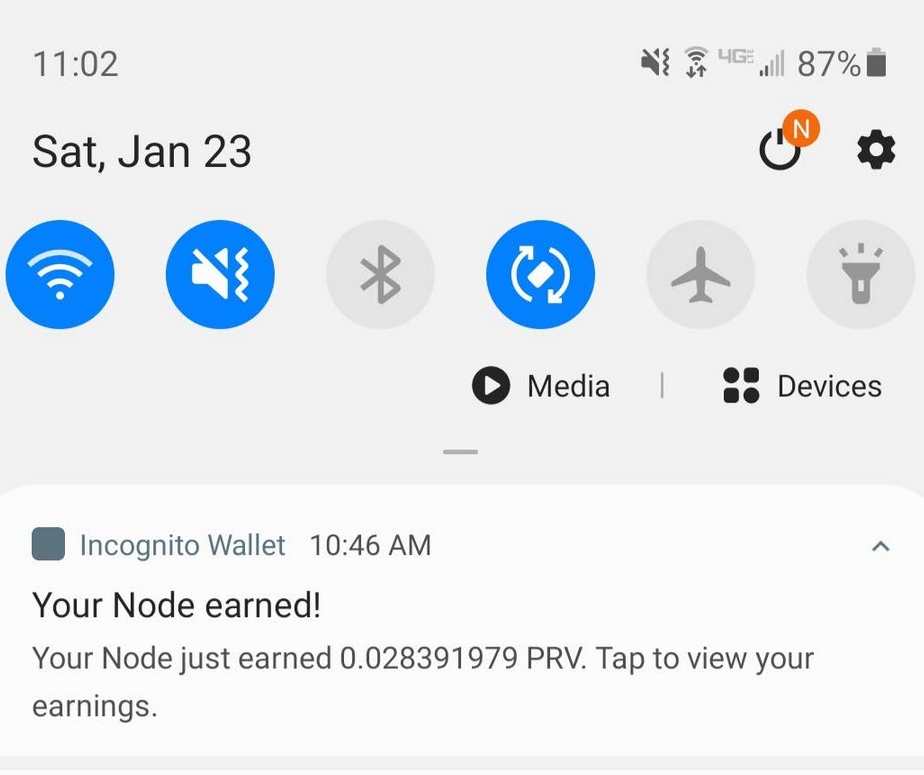 Could you please send this to the DEV team to find out if this is also an issue just with the UI/presentation later or if there’s anything funky going on with the part of the code that deals with rewards allocation and distribution itself?

Hi @sid
Regarding the notification for the 0.028ish PRV, did you actually receive the earnings or was it just a notification?

Regarding rewards being offset. That can happen because of a number of things. In this case you may have entered the comittee out of turn. Around the half way mark of each epoch, a new group of Nodes are selected to enter committee This phase is called Pending. While in Pending, your Node will sync the chain for the shard it will be entering. As a result, a Node will remain in Pending for ~1.5 epochs. After those 1.5 epochs, your Node will move to committee where it will begin validating blocks in the assigned shard.
A Node will remain in committee for at least two consecutive epochs and sometimes will remain in committee for three consecutive epochs.
After two (or three) earning epochs, the Node will be returned to the waiting pool, where it will await the next random selection. Maybe in this case your node entered comittee out of turn, causing you to earn less epochs than the standard and thus less rewards.

With that said, i will ask devs if there is an issue with notifications not showing properly, could you confirm if you actually received the reward, or if it was just a notification error for the 0.028 PRV earned?

Thank you for your detailed message. I don’t think I actually received that 0.028 PRV reward, although I can’t say for sure as I can’t see the full transaction history on that node account because I had deleted and re-installed the app over the weekend.

Regardless, please let me know if you end up finding something from the dev team.

Hey @sid Regarding the .028 PRV reward: This is just a notification issue, nothing funky going on. This will be fixed shortly, apologies for any inconvenience this may bring.